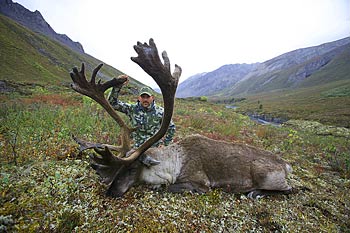 By now you’ve probably heard of Jason Hairston, former NFL linebacker, backcountry hunter and founder of Sitka Gear and Kuiu. If not, be sure to take a minute to check out the latest interview with Jason in Outside Magazine. While not the traditional venue for an interview with a hunting industry pioneer, Outside Magazine meaningfully highlights the groundbreaking approach that Jason used to develop high-performance outdoor equipment, designed for the sweat and wet that backcountry hunters know all too well.

As if Jason’s innovative approach to performance hunting clothing is not enough, he has also worked behind the scenes of a new class of hunting films aimed at capturing the awe and interaction with nature that hunters appreciate, rather than focusing just on the kill.  Through sponsorships, Jason’s fingerprints have been on a new caliber of hunting films like Searching for the West, which captures the sense of wild escape and interaction with the natural world that no other outdoor pastime provides.

As a pioneer in both hunting film and clothing, and a deep supporter of conservation, Jason Hairston has changed the way many people view the hunt. Jason will be the keynote speaker of BHA’s 2013 North American Rendezvous in Boise, Idaho. We are honored to host him and invite you to join us for an event that is not to be missed.