Putting Things into Perspective in Africa 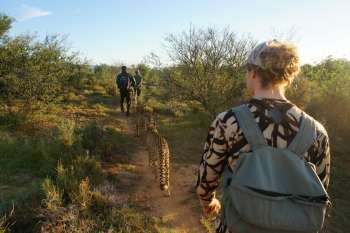 Ever since I started watching hunting shows during my sick days from school, I day dreamed about hunting Africa.  How could I not? A foreign land with species upon species of beautifully colored and unique animals made my Mule Deer and Elk seem almost bland.

A year ago all this fantasizing about foreign hunting finally got to me.  My father and I put our down payments in to secure a spot in April 2014 for a hunting/ traveling trip in the Eastern Cape of South Africa.  Pinching my pennies and watching every dime I spent I was able to scrape together enough for the trip.  Come April 1st we were flying over the Atlantic on a hunting adventure of a lifetime.   Spending multiple days archery hunting and finishing out with a rifle we both took great trophies.  The stalks were exciting but there was a noticeable emptiness that lingered after taking the lodge record Kudu Bull. It took many days of reflection to finally pin down my lack of satisfaction from this adventure.

In order to be able to hunt anytime in South Africa, but a limited two month season, a farm must have a “Kudu-proof” high fence.  To be able to make a living as a Professional Hunter, more commonly called a PH in Africa, one must utilize game fencing in order to greatly expand their ability to make money.  It is understandable; however, it creates an unfortunate model of conservation similar to what we see in Texas.  It becomes a money hunt.  A very limited amount of locals, who are very wealthy, can afford the inflated pricing created by the foreign hunting market.  Money talks in this style of hunting and it opened my eyes to something I have taken granted in my yearly pursuit for North American Big Game.

To be able to purchase an OTC either-sex archery Elk tag for $44 as a Colorado resident and have the choice of almost every designated wilderness area in Colorado is a rarity in the world of hunting.  Most of the world is based off of a high fenced, “richman” style of hunting that severely cuts opportunity down for those who can’t take advantage of a favorable exchange rate.  The opportunity a western hunter in the US has is simply outstanding.  We are so fortunate to live in a culture where conservation is executed in a manner that caters to the “average Joe.” In just Colorado alone there are millions of acres of phenomenal habitat that support everything from Upland Birds to Bighorn Sheep.  All of which can be accessed by the DIY backcountry enthusiast.

After experienced the alternative, I now feel the weight of how precious this resource is to the way of life I value so much.  Rather than spending my time planning foreign adventures chasing exotic animals, I now find myself getting involved in grass root movements to protect my most valued freedom.  Phenomenal public access can only be maintained by those who treasure it the most.  It is the backcountry backpackers, hunters, anglers and overall outdoors adventurers who have the know-how to protect the future of public land.  I couldn’t be more honored to be a part of this stand for one of the purist forms of freedom that exists today.

About Grant Gladson
share on
See other posts related to Backcountry Stories, The Campfire
Get the latest news and stories, right to your inbox.
Search
Local Chapters