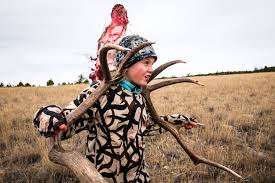 The Durfee Hills is an area in the Little Snowies southeast of Lewistown, Montana, home to one of the largest elk herds in the state. There are close to 5,000 acres of BLM & state lands in the Durfees that are land-locked inside the N-Bar Ranch, owned by the Wilks Brothers, oil tycoons from Texas.

Consequently, the prime elk habitat in the Durfees is only accessible by plane and helicopter. Despite the obstacles, the public sections hosts about 200 elk hunter days per year.

In 2014, the Wilks brothers proposed a land exchange that would have traded public land in the Durfee Hills for Wilks land on the edge of the Upper Missouri River Breaks National Monument. While the acreages of public and private land proposed in the exchange were similar, their value in terms of wildlife and access was not. The Durfees offer fly-in access to prime elk habitat with virtually no other public avenues of approach; the land the Wilks offered up in the Breaks offers road access to marginal elk habitat that’s already accessible by boat or on horseback.

For two years, the Montana Chapter of BHA fought various exchange proposals from the Wilks brothers and helped draw attention to the construction of fences around public land that violated BLM codes and eventually resulted in the Wilks brothers paying a stiff fine and conducting reclamation work. Thanks in part to the dedication of Lewistown-area BHA members and allies across the state, the BLM announced in January 2016 that it would not consider the Wilks’ exchange proposal.

But a spokesman for the Wilks has said that they remain interested in securing an exchange, and we expect the fight to continue. BHA will continue to stand up for public wildlife and public access in the Durfees. To learn more about the issue, visit the BHA website and check out The Durfees film from Mission: Montana.

share on
See other posts related to keepitpublic montana issues
Get the latest news and stories, right to your inbox.
Search
Local Chapters