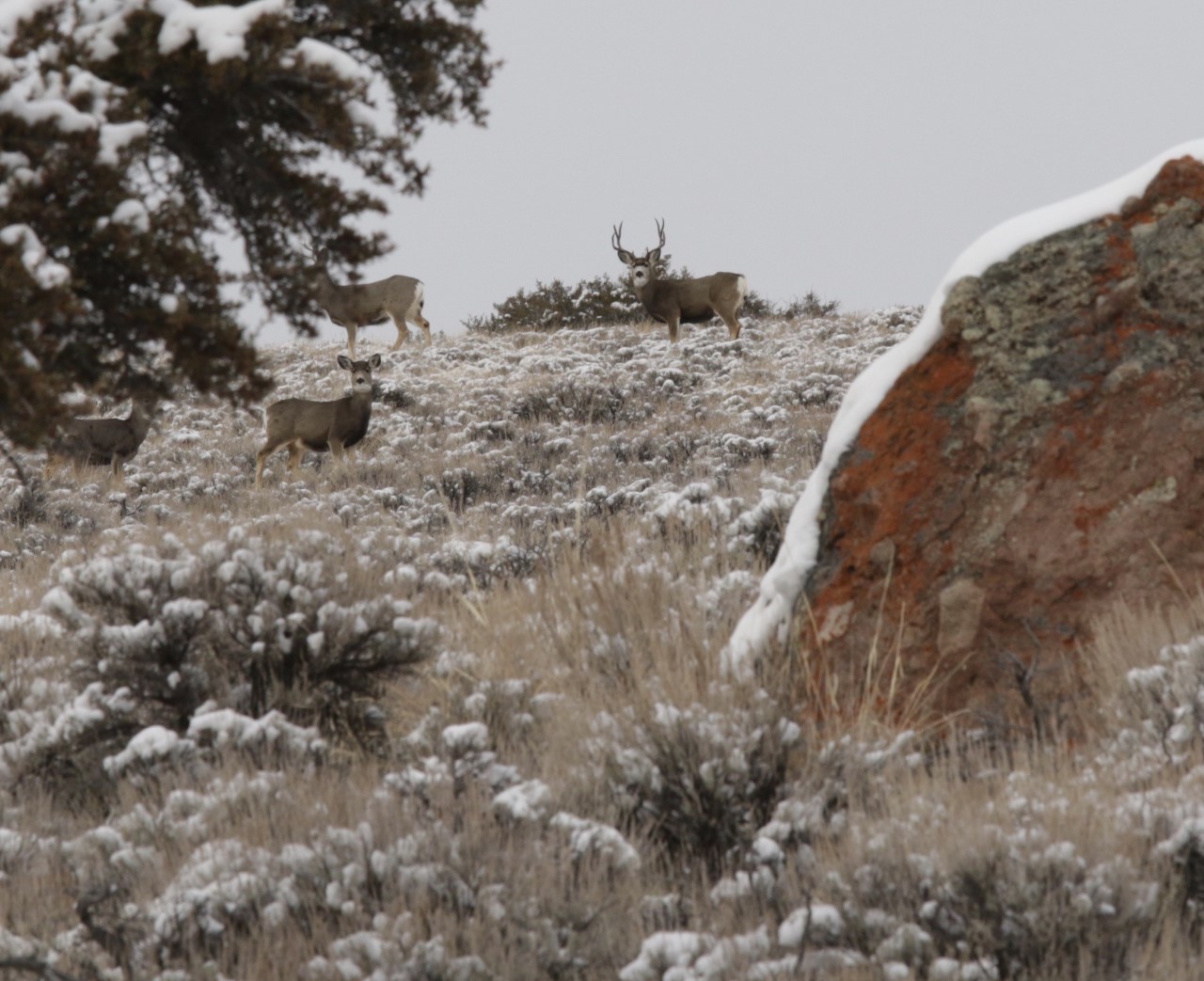 The US Army Corps of Engineers (USACE) is proposing a mountain bike trail (Lakeview Trail) along the undeveloped southern shore of Lucky Peak Reservoir that would include sections of the Boise River Wildlife Management Area (BRWMA). Idaho Backcountry Hunters & Anglers opposes the Corps' proposed action to construct a 15-mile trail through some of the most critical and intact big game winter range left in the state. Approximately 5,000-7,000 mule deer – the largest wintering herd within the state – and around 1,200 elk migrate here from as far away as the Sawtooth Mountains. The Corps' environmental assessment (EA) fails to adequately address the potential impacts this trail would have on wildlife security, intact native vegetation, wildfire and invasive species. For these reasons, Idaho BHA strongly recommends that the USACE consider the No Action Alternative.

As is the case with mule deer winter range across the west, southwest Idaho's once-ubiquitous sagebrush steppe habitat is experiencing a "death by 1,000 cuts". The Boise foothills and Boise River drainage have historically supported some of the largest wintering mule deer herds in the country. Like many areas across the west, these rolling slopes covered in sage and bitterbrush have seen significant impacts from development, recreation, wildfire and invasive species. Recognizing the significance of this landscape early on, the Idaho Fish and Game (IDFG) created the Boise River Wildlife Management Area (BRWMA) in 1948 to ensure the long-term health and productivity of this important habitat. The construction of Lucky Peak Dam and subsequent filling of the reservoir in 1955 not only flooded large portions of the winter range, but also cut off historic migration routes for dozens of species, including mule deer. In the years following the construction of the dam, this herd has had to adapt to a significant increase in new home construction along with the noise, roads, dogs, and habitat fragmentation that accompanied this development. An increased frequency of wildfire (83% of them human-caused) has converted productive winter range into monocultures of invasive weeds such as cheatgrass, medusahead and rush skeletonweed. The construction disturbance of the proposed trail and heavy use during the height of the fire season will increase the direct and cumulative risk of fire and invasive species to remaining intact habitat. ID-21 dissects this important migration path and winter range. Recent increases in traffic volume have resulted in an increase in direct mortality of big game animals and impacts to habitat permeability. DOI Secretarial Order 3362 (Improving Habitat Quality in Western big Game Winter Range and Migration Corridors) guided the Idaho Transportation Department and IDFG to prioritize this corridor to promote the safe movement of wildlife to and from winter range adjacent to the project area.

IDFG's BRWMA management plan for 2014-2023 serves as a guide for current and future managers in planning where to direct efforts and resources for maximum wildlife benefit, public enjoyment, and efficient operation. IDFG has determined that "in order to minimize the effects that hiking, biking, running, mountaineering, dog walking, and other non-wildlife based activities have on wildlife, no new non-motorized routes or access points will be developed on the BRWMA. Any trail segment through the BRWMA boundary or through Department-owned property needs to be thoroughly discussed and/or approved by the Department. At this time, the Department does not have an agreement with the USACE to allow trail construction on IDFG property." While the proposed seasonal closure from November 16-April 30 is commendable, the existing closures on the BRWMA have been very difficult to enforce and there is no way to ensure adequate levels of staffing and funding to provide for this significant increase in enforcement demand. The Charcoal Creek Segment that the trail will dissect is heavily used by wildlife due to intact native vegetation and a lack of roads and trails.

This important area was set aside to provide for wildlife security, hunting, fishing, trapping and other wildlife-related recreational activities. Idaho BHA recognizes the need to develop trail systems to accommodate the rapidly growing population of the Treasure Valley and fulfill the diverse needs of multiple user groups. These trails should not be constructed in locations that have been prioritized by IDFG for big game winter range and security. Page 14 of the EA even mentions "Recreation opportunities would be secondary to big game winter range management objectives". The USACE needs to adequately address direct and cumulative impacts to wildlife habitat and security, hunting, invasive species and wildfire in their proposed action or they need to develop additional alternatives to accompany the Proposed Action and the No Action Alternative.

Take action and provide your comments on this Environmental Assessment below