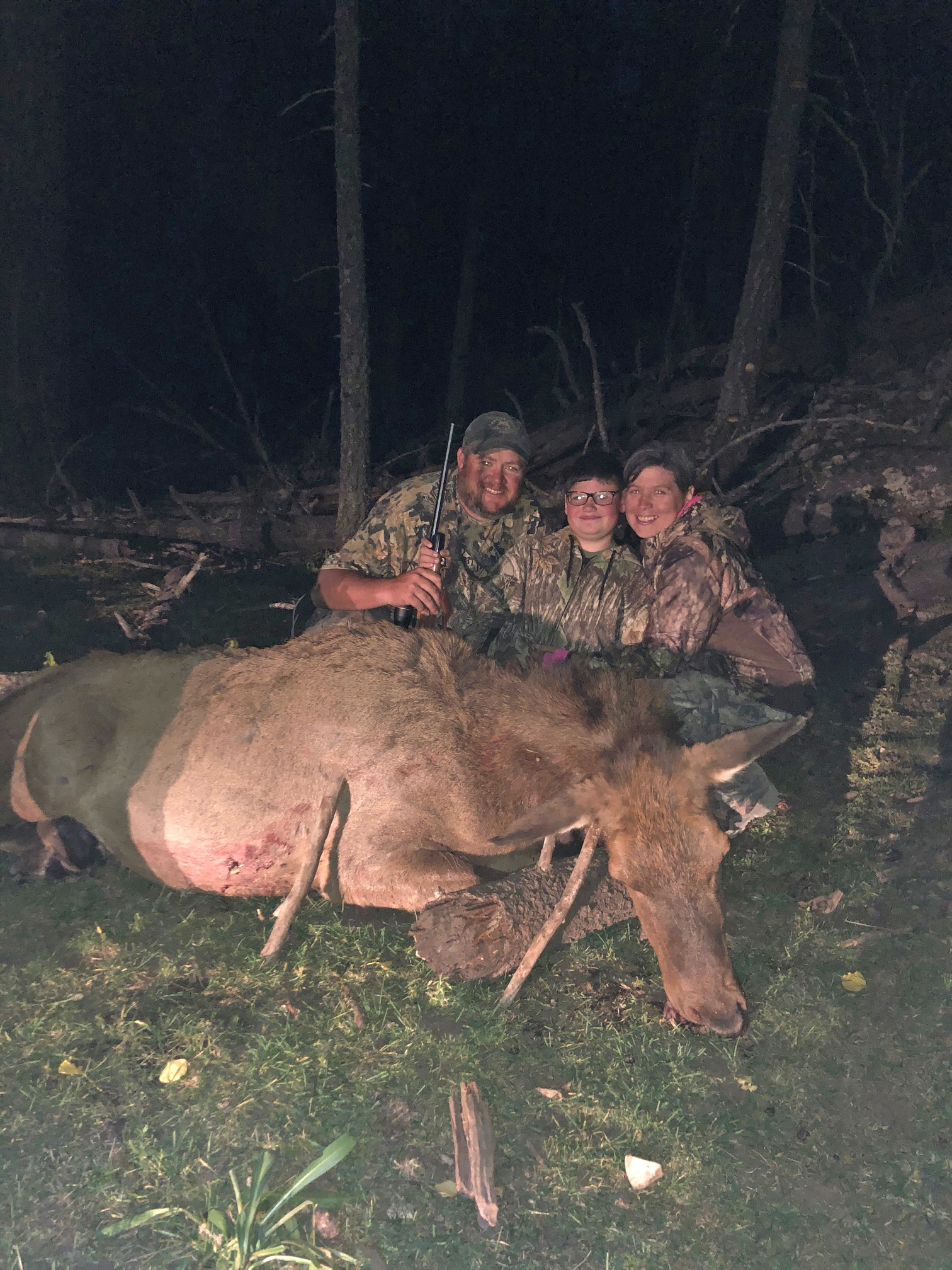 It’s not easy for resident hunters to draw an elk tag in New Mexico, even for kids. As in many states, demand for tags far outstrips supply. But that’s only part of the equation. New Mexico also has the most liberal private land elk hunting program in the U.S. In recent years, up to half – HALF! – of all available elk tags have been given to landowners to sell to the highest bidder. Whatever is left goes into the big game draw.

And even then, residents’ share of the draw is substantially less than in other Western states. With a few notable exceptions, New Mexico sets aside 10 percent of every draw hunt to those who hire an outfitter. No other state subsidizes its outfitter industry to that extent.

This unequal distribution of big game licenses has long been an issue among New Mexico hunters. It has also been a high priority for the New Mexico chapter of BHA. We have harangued our governors, legislators and state game commissioners to give residents a higher percentage of tags, but we’ve seen little progress so far.

So, when BHA life member, state game commissioner and landowner David Soules last year offered our chapter a bull elk tag he had received through EPLUS (the state’s Elk Private Lands Use System) – a tag that he could probably sell for $10,000 – we jumped at the chance to give it away. “We know that giving away one elk tag is a drop in the bucket,” said Chapter Chairman Chuck Tripp, “but it’s a start. We believe the game commission should make it easier for residents to draw elk tags. Since they haven’t done that yet, we figured we would show them how easy it is.”

“We know that giving away one elk tag is a drop in the bucket,” said Chapter Chairman Chuck Tripp, “but it’s a start. We believe the game commission should make it easier for residents to draw elk tags. Since they haven’t done that yet, we figured we would show them how easy it is.”

The chapter decided to give the tag away through a raffle for New Mexico BHA members only and at the suggestion of our chapter coordinator, Katie DeLorenzo, to require that it went to one of the many New Mexico hunters who has never been able to draw a tag. “One unfortunate side effect of our unequal license distribution in New Mexico is that new hunters sometimes can’t draw a tag.” DeLorenzo said. “After two or three years, they can just give up.”

Our initial tag winner was Chad Taylor, but since he’s a longtime hunter, he passed the tag along to a friend, 10-year-old Liam Howe of Farmington. Liam is also mobility impaired. At 6 weeks old, he was suffering from seizures and had half of his brain surgically removed. Today, his father, Jeff Howe, said it’s hard to distinguish Liam from most kids. “He walks, talks, he can have an adult conversation.”

And like so many New Mexico residents, Liam has found it difficult to draw a big game tag. After going through hunter education, hunting alongside his father and applying for his own elk and deer tags – and failing to draw – Liam was beyond ready to go hunting himself. “I was so excited when I found out I was getting to hunt,” he told us last fall.

When October rolled around, Liam was swamped with helpers: his dad, mom, uncles and a grandpa. They set up camp in the Sacramento Mountains, scouted and soon spotted animals. He couldn’t get a shot the first day, so they returned Sunday and found both cows and bulls, including one that Liam’s father thought was the prime target. Liam, however, was aimed elsewhere. Using shooting sticks and a .243, the first-time hunter pulled the trigger and hit a good-sized cow a little over 300 yards away.

“When he shot her, he just broke down,” Jeff Howe said. “He was so damn excited!”

The New Mexico chapter believes it should not be so hard for a 10 year old (or 70 year old), or the mobility impaired or any other public land hunter to draw an elk tag in New Mexico. Yet the state game commission has done little to stem the rising percentage of elk tags going out of the public draw and into EPLUS, even though it has the authority. Similarly, the legislature could bring New Mexico into line with other Western states by amending the big game draw.

The New Mexico chapter was part of a coalition earlier this year that pushed the legislature to adopt a range of measures aimed at bringing New Mexico hunting laws up to date, including rewriting the big game draw to give residents 90 percent of tags and raising the nonresident share to 10 percent (it’s 6 percent now). The bill also would have strengthened our wanton waste law and prohibited landowners from indiscriminately killing big game animals for threatening their crops. Sadly, opposition was stronger than support, and the bill died in committee.

Revamping New Mexico’s big game tag allocation process will be a huge effort. Landowners, outfitters and even many hunters have come to think of the current unequal distribution of tags – particularly elk tags – as an entitlement. They will fight any changes that put more tags into the public domain. But wildlife is held in the public trust, and the New Mexico chapter of BHA will fight, too, for Liam Howe and the rest of us.

In the meantime, many in New Mexico were heartbroken to hear that David Soules, 63, died unexpectedly this spring. His family plans to keep his memory alive by donating an annual elk tag to the New Mexico chapter to give away to a youth hunter. It may be a drop in the bucket, but as our chairman said, “It’s a start.”

Joel Gay, who grew up in Albuquerque, has been on the New Mexico chapter board practically since the chapter was formed and was chairman for several years. He is an avid hunter when he can draw tags and is always up for fishing the skinny streams of northern New Mexico. He was this year’s recipient of BHA’s Sigurd F. Olson Award.