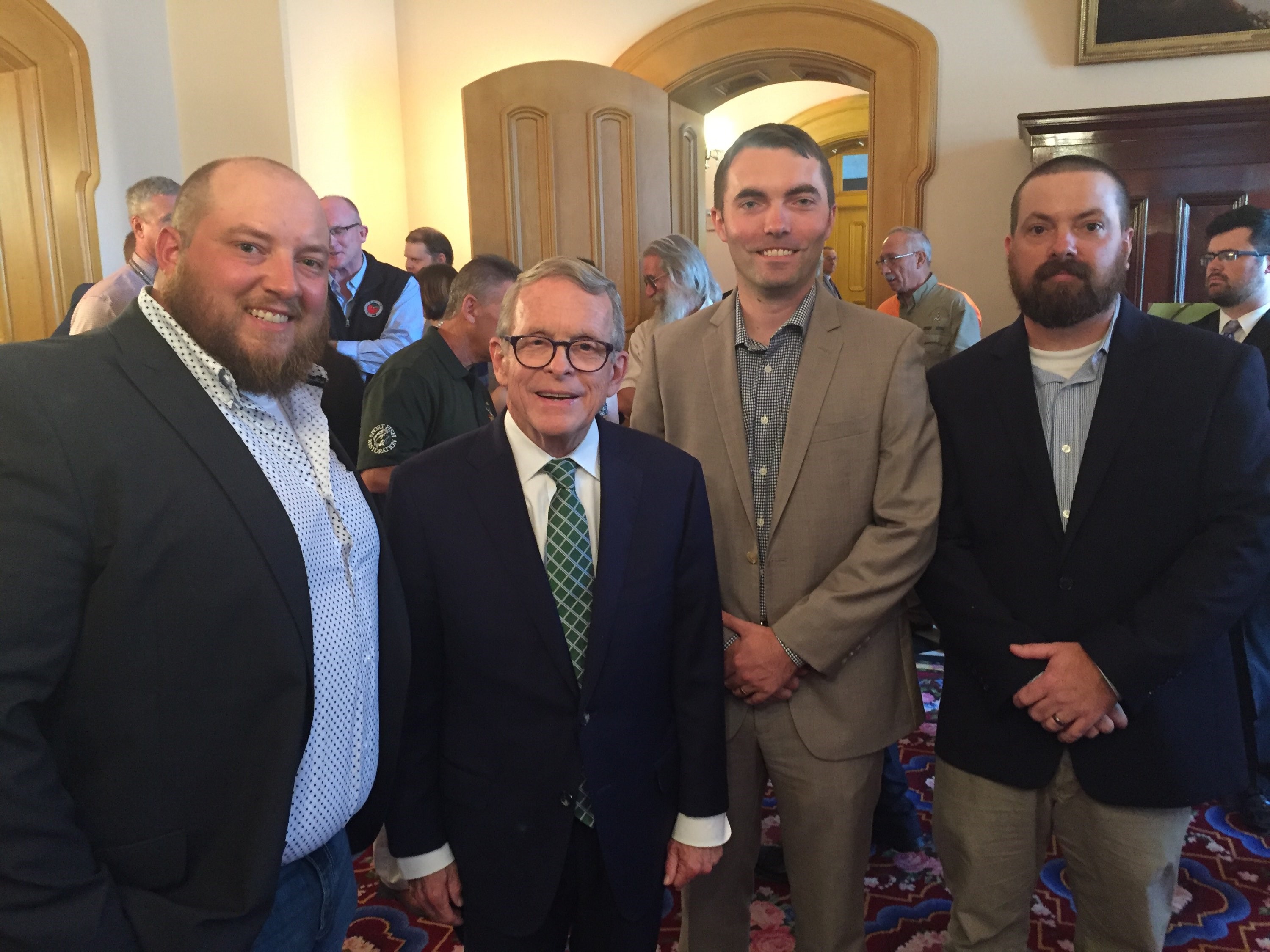 The story of Ohio’s American Electric Power ReCreation Lands is a common one east of the Mississippi. It is a story of resource extraction followed by reclamation and resurgence. In the 1960s, AEP concluded a decades long process of strip mining the rich coal deposits that permeated 53,000 acres of rolling country in eastern Ohio. When the coal seams were finally tapped, AEP began its mandated reclamation efforts, planting over 63 million trees and creating more than 600 lakes and ponds and nearly 300 campsites. As a result of these efforts, these lands are now a flourishing wild place that supports a menagerie of fish, turtles, plants, flowers, songbirds, pollinators, small game and the great totem of our daydreams, the whitetail deer.

For years these lands, though privately owned, have been accessible to the outdoor community. The AEP lands represented 10 percent of Ohio’s publicly accessible land and some of its largest contiguous tracts. But that public access always hung by a gossamer thread, and the threat of private sale has loomed large in our minds as hunters and anglers.

For years, Ohio’s conservation community has advocated for the state to purchase these lands as a means to convert a privilege to a birthright. When the Ohio chapter of BHA was formed in early 2018, one of our top priorities was to help protect this land as a public resource. Fortunately, Gov. Mike Dewine heard BHA’s call, and the call of other conservation groups, and included funding to purchase these lands in his proposed 2020 budget. But having spent a large swath of my professional life in the public-sector, budget-development space, I know there is nothing so flimsy as a “proposed” budget. So, we went to work to hold our state representatives accountable and communicate the consequences of a no vote on this important initiative.

Our approach had three broad thrusts. First, the chapter worked with the talented and passionate staff at BHA headquarters to help communicate to our chapter’s members and connect them to their representatives. The recurring and concerted effort of our members to hold their individual representatives accountable was inspirational to the Ohio BHA board. Second, the chapter sought every opportunity to work with conservation partners and the Ohio Division of Wildlife to demonstrate the strength and breadth of our community. Third, the Ohio BHA board testified at budget hearing after budget hearing. Board members played hooky, missed christenings, forwent meals and strained marriages to make sure that we stood up at every opportunity and advocated for this great public space and the people who cherish it.

This effort – our chapter’s effort – bore a hearty mast crop. The budget initiative was passed as proposed, and, on Oct. 2, the Ohio Department of Natural Resources reached an agreement to purchase 31,000 acres from AEP over the next two years, and the right of first purchase on the remaining acreage by 2023.

This is moment to be proud of on so many levels. The story of the ReCreation Lands is an inspirational one. They show us that places scraped clean by the march of industry can be resurrected as a sylvan paradise. This is a story worth remembering as we wrestle with habitat protection and reclamation efforts from the Kissimmee to the Arctic. And the story of this budget bill, though pragmatic on its face, is just as sweeping. It’s a story of our country’s basic qualities. It shows that people can stand up for a thing and bend the trajectory of our collective lives toward the good. It’s a fine day here in Ohio.
Now how about the other 22,000 acres?

Jonathan Ingram, Ohio chapter co-chair, loves his family, biscuits and wild places; he will fight for any one of those things.

This article first appeared in the Winter 2020 issue of Backcountry Journal. Join BHA to get 4 issues a year in your mailbox.

I spend my volunteer time focused on protecting and expanding public land and water for all who use it.

share on
See other posts related to backcountry journal Ohio BHA Winter 2020 In Depth
Get the latest news and stories, right to your inbox.
Search
Local Chapters