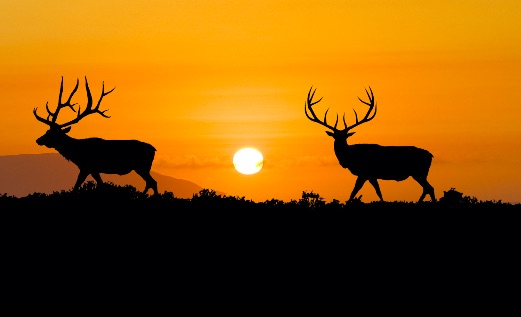 Public land hunters in New Mexico got a boost in mid-July when the Sabinoso Wilderness Area expanded by nearly 10,000 acres. Located on the Canadian River drainage east of Las Vegas, NM, the Sabinoso is now almost 30,000 acres – a huge change from its designation in 2009, when it was not even accessible to the public.

For many years the Sabinoso was hunted by local residents but largely unknown outside northeastern New Mexico. It was a substantial chunk – some 16,000 acres -- of BLM land marked by deep canyons running to the Canadian with piñon-juniper forest and pockets of ponderosa pines on the adjacent mesas. It holds mule deer, elk, black bears, turkeys and cougars.

Adjacent landowners allowed access to the Sabinoso for a period but eventually that access dried up and the wilderness area designated by Congress in 2009 remained landlocked and closed to the public until 2017.

At that time, the Wilderness Land Trust purchased the neighboring Rimrock Rose Ranch – about 3,600 acres -- and donated it to the BLM. That addition created the first public access to the wilderness area, at the southwest corner of the Sabinoso near the settlement of Trujillo, NM.

This year, the Trust for Public Land did a similar act – purchased some 10,000 acres of private land and donated it to the BLM. The new addition is on the west side of the wilderness area, along Cañon Ciruela.

Hunters are in debt to the two nonprofit organizations made these donations possible and thereby allowed the public to enjoy an incredible treasure on the high plains of northeast New Mexico. But thanks also go to Interior Secretary Deb Haaland for ensuring that the BLM accepted the donation, and to Sens. Martin Heinrich and Ben Ray Lujan and Rep. Teresa Leger Fernandez for shepherding the donation through to completion.

For more on the Sabinoso Wilderness Area, including directions, go to www.blm.gov/visit/sabinoso-wilderness-area.