My childhood was not filled with outdoor adventures, but with an extended family who loves to hunt, fish, and trap it was only a matter of time before the mountains called.  Daily day dreams include bull elk screaming in the dark timber and hooking into some of the largest cutthroat in the world on a fly rod.

None of this could be possible without the vast access to public land throughout Nevada and across the west.  I will always love exploring new pristine and remote areas our public lands system amply provides.

My name is Erich Dutchover. I am an avid wilderness and backcountry hunter. I take hunting public land hunting extremely serious. I’ve even made a point of taking my children hunting with me. I’ve taken all of my children hunting big game on their first hunts  very young, just as my father did with me.

In California my father and I never had the hunting opportunities that we have been fortunate enough to experience here in Nevada. I harvested my first big game animal in Nevada in 2012 when I harvested a beautiful cow elk solo on the first day of archery season in unit 072, the Jarbidge wilderness. Since then I’ve successfully harvested 16 other big game animals, including a Nelson sheep, in Nevada with Archery, Muzzleloader and Rifle equipment.

Hunting to me is more than antlers, horns or a trophy on the wall. Hunting to me is about spending time with family and friends providing them with the best, healthiest, cleanest, and the most natural meat that we can put on the table. To me hunting is about the experience, that time in the wilderness, and the connection to where our food comes from.

I am an avid public land hunter and I advocate for the rights of public land hunters. As such I feel a strong obligation to promote the protection and expansion of our resources. Without hunters there will be no game, and without hunters our way of life and heritage as hunters will end. Therefore it is of the up most importance to expand our influence and encourage new and young hunters to participate in our heritage. 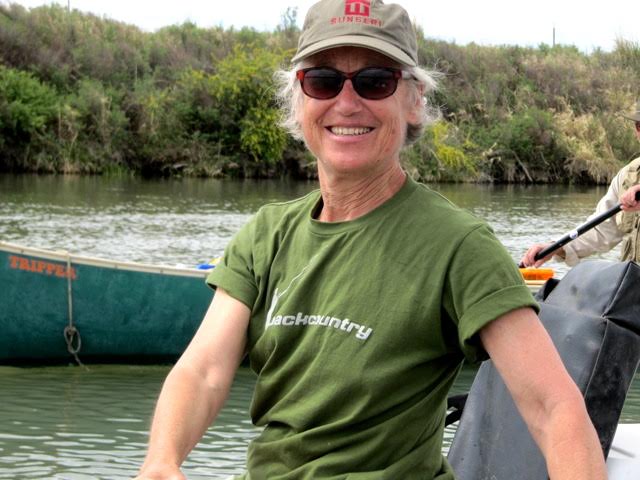 Karen grew up in the farm country of northern California, running across the fields to fish in the American River after school, hiking, camping, backpacking, and fishing with family in the Sierras. Hunting has been a part of her family culture likely since the Pleistocene, all grandparents being immigrants from the "old country". She grew up eating fish and game and harvesting wild greens and mushrooms.

Now a retired school teacher, she has been a Nevada desert rat by choice and a conservation activist there, in the "last of the wild west," for almost half a century. She lived 20 of those years in a remote, way-beyond-the-grid, hand-built homestead in the northwest Nevada mountains with her husband, partner activist and muzzle-loader enthusiast Dan Heinz, now deceased. She now resides in a cabin on an historic ranch in Washoe Valley and continues their work on wildlife, Wilderness and ORV issues. Hiking, burro-packing, canoeing, and accompanying hunter, angler, or outfitter pals into wild places remains the solace for her soul.

Karen feels fortunate to have grown up at a time when much of the west was still wild and the dominant recreational uses were traditional. Within a generation, she has witnessed those opportunities vastly diminish. This is the primary reason she so passionately believes in BHA and their mission of ensuring traditional hunting and fishing opportunities will continue into the future for generations to come.

Logan was born in Wyoming but now calls Southern Nevada home. He is a firefighter in the Las Vegas area and spends his free time exploring with his wife Lauren and son Cole. Logan grew up camping and hiking mountain streams for trout. These early trips help build a passion for conservation and public lands.

Logan has hunted, fished and backpacked all over the western United States. He spends his summers backpacking and fly fishing, falls hunting big game, and winters chasing birds in the Nevada desert. He is interested in hunting ethics and wild game cooking. Logan is committed to helping BHA protect access and opportunity for future generations.

A sixth generation Nevadan, Matt learned to hunt by chasing mule deer and chukar with his Dad and Grandfather every year throughout the high desert of Northern Nevada. Growing up in a state with such vast public lands, Matt developed an appreciation for conservation and wildlife that grows with each experience in the backcountry.

A graduate of the University of Nevada, Matt works as a CPA and lives in Reno with his wife Christa and their four kids, Adalene, Jase, Elizabeth and Paisley. Spending time in the outdoors with his family has become his passion. Matt is eager and humbled to work with such a great organization in BHA to help protect America’s public lands. 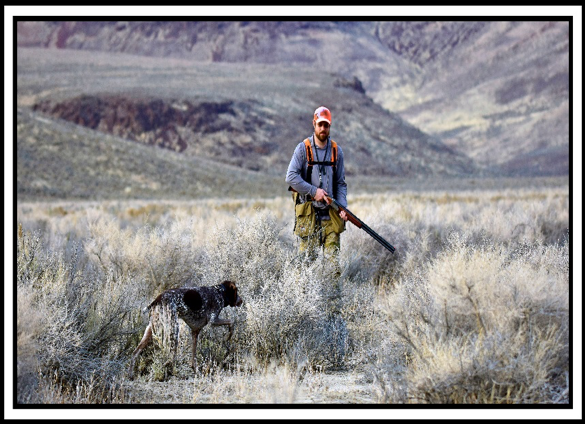 Nicholas was born and raised in Nevada and grew up exploring its vast open spaces.  As a child he learned to fly fish on the Truckee river and camped in the high sierras.  As an adult he learned about backpacking, rock climbing, and hunting.  He now spends his free time chasing his two GSPs (Trigger and Blaise) all over the west, fly fishing for LCT’s at Pyramid Lake, and pursuing wapiti all over northern Nevada.

Nicholas got his Master’s of Science in Mechanical Engineering from The University of Nevada, Reno.  He has been involved in renewable energies, manufacturing, quality consulting, R&D, and Lecturing for both the University and the private sector.

Nicholas joined BHA to get more involved in the fight against the privatization of public lands and to help in conservation and wildlife management efforts.  BHA has helped him become more involved in his local community and continue to enjoy the wilderness and wide-open public spaces.

I grew up in Arizona, spending most of my time as a kid enjoying public lands. Whether fishing the Verde River or hiking and camping with my family, public lands and water were a very important part of my life. I have lived in the Las Vegas valley for the past 20 years where I work for the fire department. I am an avid hunter and fisherman who takes every opportunity to get out and enjoy the public lands of the West with my wife and two children. I truly love our public lands and want to keep them wild and accessible to everyone. Being able to spend time in these amazing places helped to shape who I am today and I want to do my part to ensure that the opportunity exists for others.

I am an avid chukar hunter and enjoy chasing devil birds all over the state of Nevada with my French Spaniel Ali. I recently switched from archery hunting with a compound to a longbow and enjoy chasing mule deer on Nevada's vast public lands. I live in Verdi, NV and can often be found with my newborn on my back while fly fishing the river. I am passionate about maintaining our pristine public lands and water access that we are so fortunate to have here in NV. I also love cooking the harvest that I take and sharing that experience with my family and friends.

I grew up on one of the last bastions of public land in the eastern US; Pisgah National Forest and the Blue Ridge mountains of western North Carolina. As a kid, we would go camping, tubing, and hiking, but I didn't start fishing until I was a teen, and didn't start hunting until moving west to Nevada much later. These days my calendar is set around hunting big game in the fall and searching the Great Basin for the next adventure.

The public land system in the US is no accident and I believe strongly, as has been said before, "it's not ours, it's just our turn." With that in mind, I think BHA provides the best opportunity to advocate for the wildlife and public lands that have brought me such joy and sustenence throughout the years. I look forward to helping in whatever ways I can.

share on
See other pages related to Nevada Chapter Board nevada bha
Get the latest news and stories, right to your inbox.
Search
Local Chapters