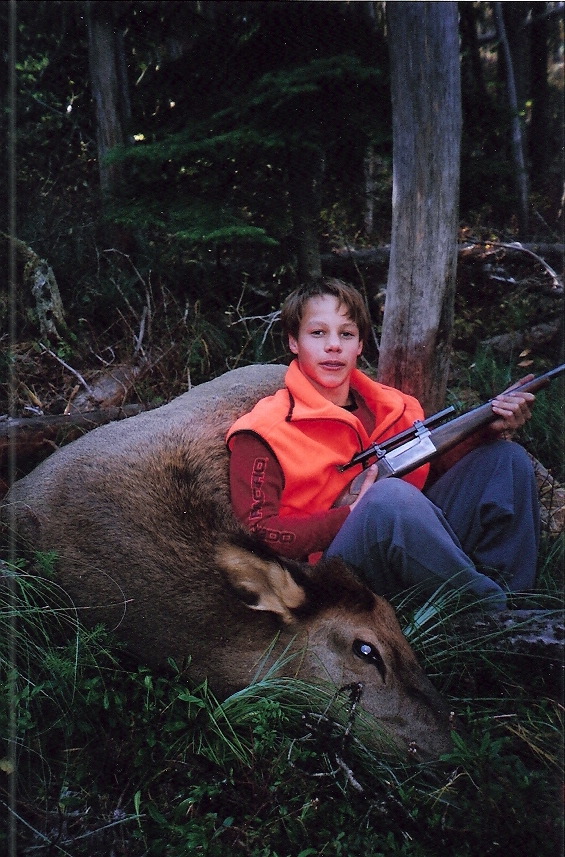 Theodore Roosevelt hunted in the Kootenai as a young man and his experiences there help convince him to protect it for the public good when he was president in 1908. The Kootenai National Forest has changed greatly since 1908, mostly because of extensive road building and industrial-scale timber harvest. While BHA supports sustainable timber harvest, we believe the Forest Service needs to do more to protect and restore the values that inspired Roosevelt in the first place and better meet his standard of “greatest good for the greatest number, over the long term.”

Few national forests today have the vast sweep of native big game that can be found in a single day’s hunting on the Kootenai. The Kootenai is a rare place where a everyday, blue collar hunter can buy an over-the-counter license, hunt 11 weeks with bow and rifle, and have a very real chance of harvesting a mature, trophy elk and/or mule deer. The Kootenai Forest Plan must make sure this opportunity remains intact for future generations.

Our members are particularly concerned about habitat security for both elk and mule deer, both of which are sensitive to and vulnerable to motorized use. In addition, motorized routes makes these species more vulnerable to hunting, and diminishes the traditional hunting experiences. Vast, peer-reviewed research, much conducted by the Forest Service, has long demonstrated the adverse effects of motorized use on these species.

Much of the most productive Kootenai lands have been heavily roaded, and Wilderness designation has been mostly “rocks and ice” which are far less productive to fish and wildlife of most species.   We request all remaining roadless areas be managed to protect their roadless character. We request that the management emphasis of roadless lands be primarily free of motors, although we do acknowledge some popular motorized routes will remain. Motorized routes result in dissecting large blocks of wildlife security and greatly diminish traditional non-motorized hunting and fishing opportunities and experiences.   We do request that Plan direction be to refrain from adding or legitimizing motorized routes in roadless areas.

Non-motorized roadless areas on the Kootenai are not only important for elk and mule deer, but also moose, bighorn, mountain goat, black bear, mountain lion, native fisheries and a host of nongame species. Please note that roadless, nonmotorized status should not preclude the use helicopters, prescribed fire and chainsaws to manage trails, fight fire or treat habitat, where necessary.

We specifically request the areas south and east of the Cabinet Mountain Wilderness be managed as non motorized, as well as the Rock Meadows.   In particular, the inventoried roadless areas of the Silver Butte-Fisher River, such as Barren Peak, Allen Peak, Iron Meadows be managed as non-motorized, with trails being maintained for pack stock and foot traffic. Our organization also requests the Gold Hill IRA be designated as Backcountry 5A instead of general forest.

We request the Kootenai delete all snowmobile use from all existing and historic mountain goat habitats. Mountain goats survive primarily through energy conservation during winter and are restricted to very small habitat components offering some relief from harsh winter conditions. Displacement to get away from snowmobile disturbance is not a viable option. Species viability depends on protecting all such habitats as mountain goats are very slow to recolonize an area where they have been lost. This includes the Savage Basin and the Scotchman Peaks.

We look forward to the Revised Plan that protects the values described above.