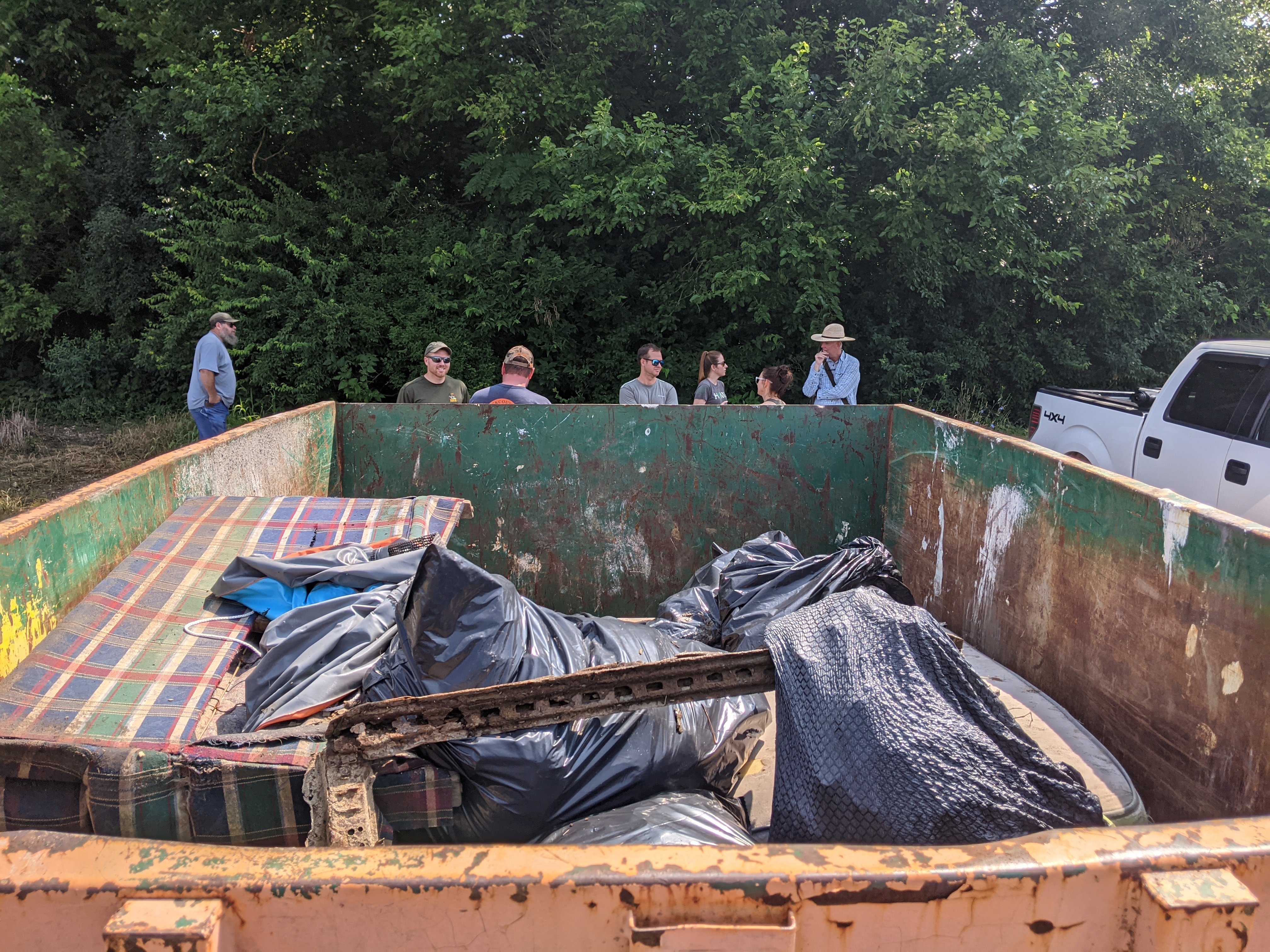 On a warm July Sunday, a group of people gathered in the morning light near the banks of the Mad River, not to fish or float, but to pick up trash. This joint effort included Ohio BHA, Madmen Chapter of Trout Unlimited, Ohio Women on the Fly, and Champaign County Farmland Preservation, and was attended by approximately 30-40 people, along with 3 or 4 dogs. The oldest of these organizations, the Madmen Chapter of Trout Unlimited, has cared for these waters for many years. Their projects have ranged from stream restoration to macroinvertebrate studies, and they have been integral to the development and preservation of a unique trout fishery. Another important local organization, the Champaign County Farmland Preservation, which works to preserve farmland, scenic land, forests, wildlife habitat, and other lands of significant natural and historical value. They were joined in this cleanup by members of Ohio Women on the Fly, an active organization of women anglers who do all kinds of good stuff from cleanups to fishing trips, and members of the Ohio chapter of the Backcountry Hunters and Anglers, who tromp all over the state protecting and cleaning up public lands. 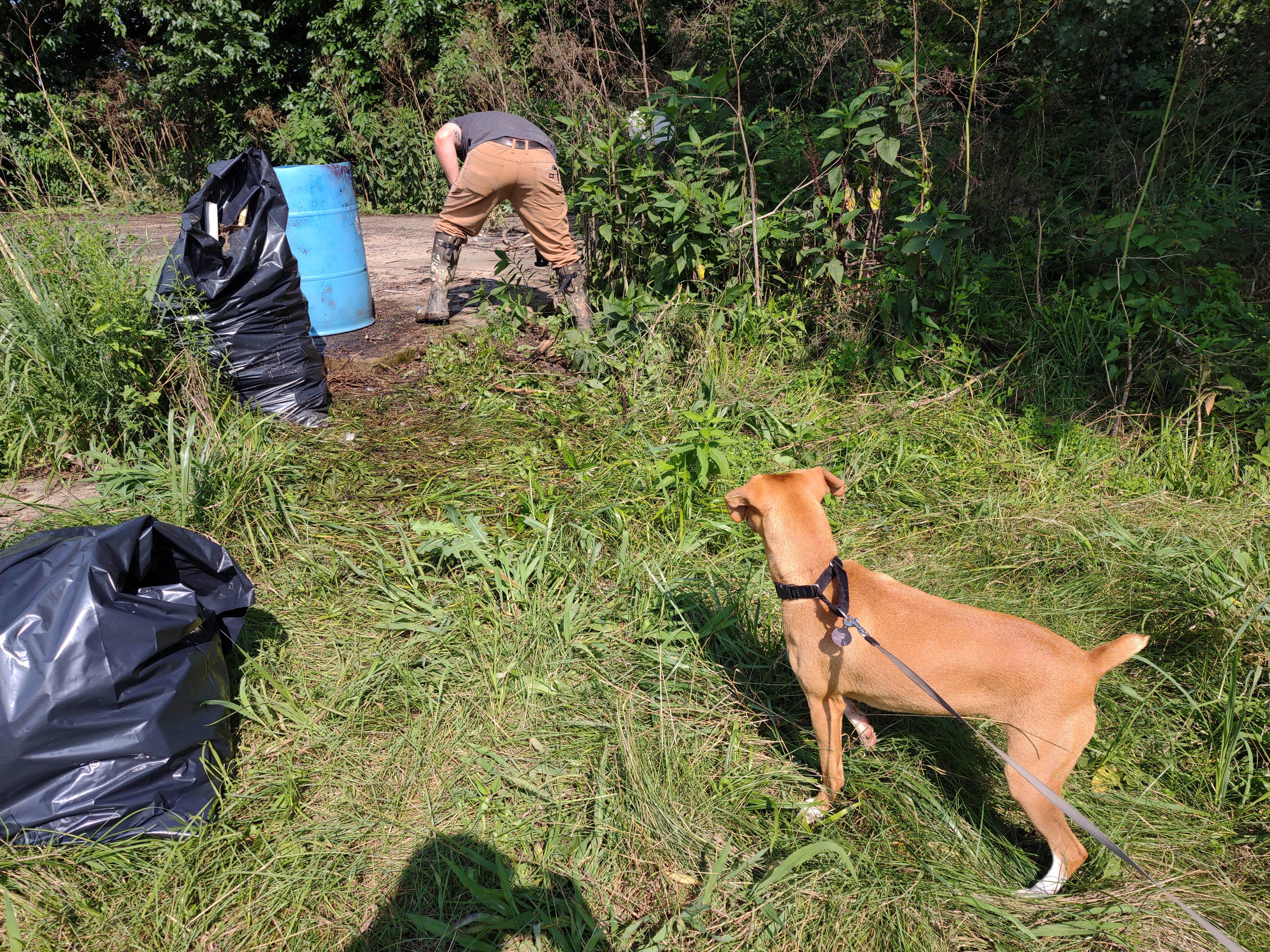 The Mad River is a publicly accessible gem in central Ohio. It flows south from its headwaters near Bellefontaine, through glacial plains and rolling hills of rural Ohio, to its confluence with the Great Miami River in Dayton. In its upper reaches, it is fed by glacial fens (wetlands that drain water) and other cold water seeps which provide water cool enough, even in the heat of midwest summers, to sustain healthy populations of brown and rainbow trout. With abundant forage including various insects for rainbow trout and larger sculpins and chubs for trophy size brown trout, the many trout fishermen who visit have ample opportunity for a good or even great day on the river. It is a really unique place, and one that deserves care and protection.

With an excellent system of 19 (!) river accesses where the river is crossed by various country road bridges, increases in usage that have come in the past year or so have left some of the parking lots and adjacent areas with more trash than would be typical. While most of the trash that was removed from these accesses was typical river garbage (beer cans and disposable water bottles), we also came across a broken shelving unit, a wide assortment of very old condiment bottles, and a few worms that were eventually cast in the river on a hook. A large dumpster was filled up with what would have been polluting eyesores on the river bank.

The people (and dogs) all had a good time and celebrated their hard work with food, beer, and at least a couple of good jokes at the Mad River Farmers Market. This clean up was a great experience for all, and many who participated look forward to further collaboration among these like-minded organizations. 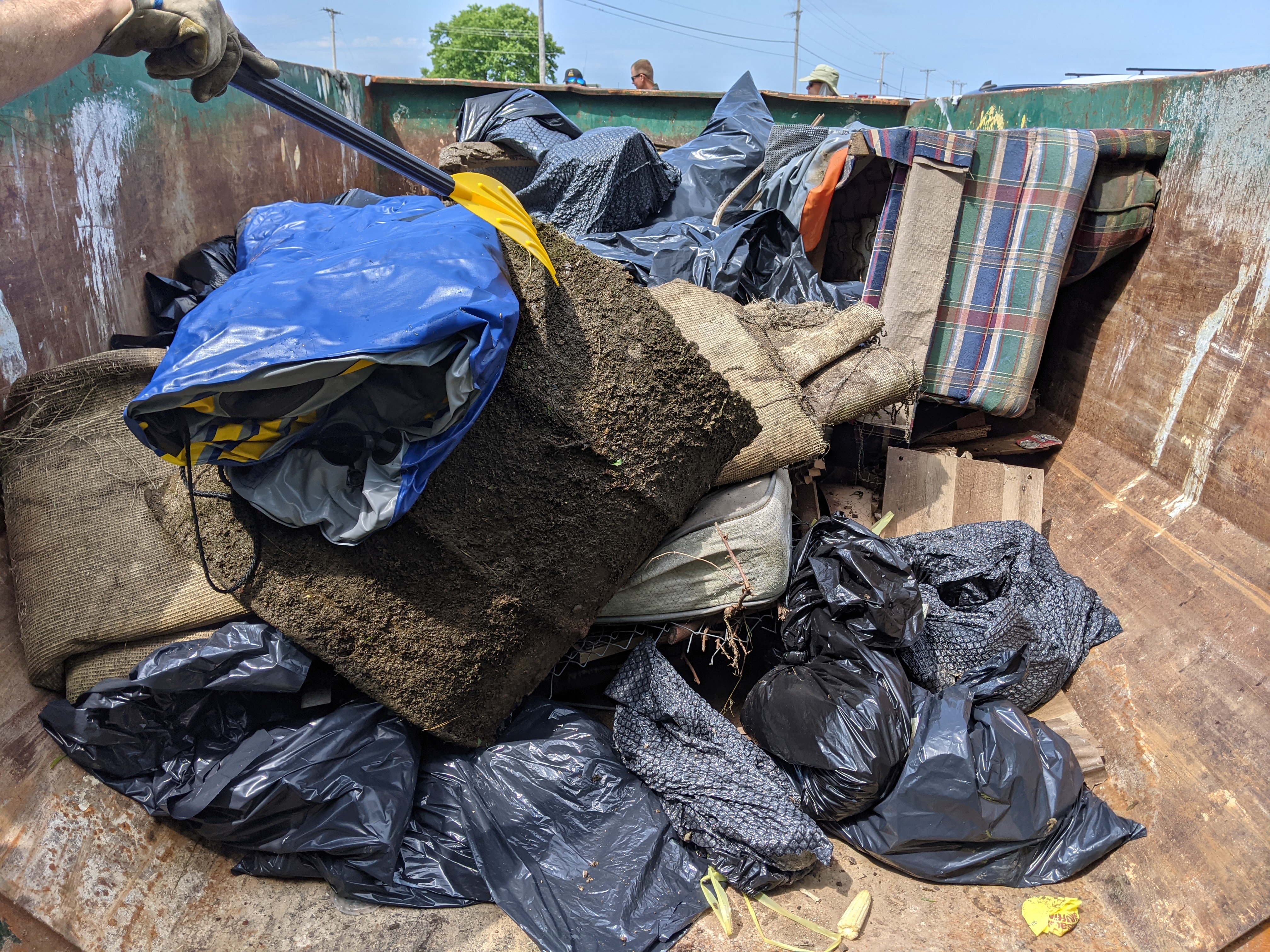 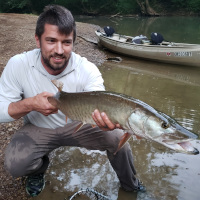 I'm a southwest Ohio outdoor generalist, chasing hybrids and spoonbills and deer and turks, and make it out to Colorado once a year.

share on
See other posts related to Ohio News
Get the latest news and stories, right to your inbox.
Search
Local Chapters