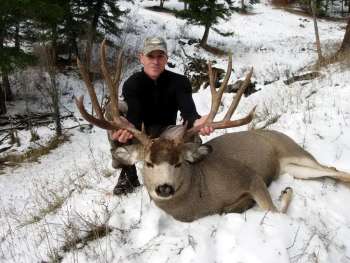 New Mexico BHA has been working to build on the already-overwhelming breadth of support among sportsmen who agree that the Columbine Hondo Wilderness Study Area should be permanently protected as wilderness.  As part of this ongoing effort NM BHA Co-Chair, Oscar Simpson attended the NM Gun Collectors Association gun show in Albuquerque, June 1-2 and received over 375 signatures of support for the letter below.

Please let us know if you are interested in getting involved in this effort.  You can submit your own version of this letter by clicking here.

To: Senators: Tom Udall and Martin Heinrich and

As a sportsman, I support the “Columbine-Hondo Wilderness Act” (Senate Bill S. 776 & House Bill H.R. 1683). I support this legislation because:

1) It would permanently protect for hunters and angles, 45,000 acres of quality fish and wildlife habitat in the Carson National forest – which has a wide variety and abundant populations of game (big horn sheep, elk, mule deer, black bear, turkey and grouse) and good trout fishing. This legislation would also ensure that sportsmen traditions & historic ways of life will be preserved for present and future generations of sportsmen & other recreational users.

2) This legislation would protect several critical watersheds in the Columbine area – which are vital for fish & wildlife habitat and clean water for local farmers, ranchers and communities downstream of the Columbine area.

In 1980, Columbine was designated as a wilderness study area (WSA) to protect its wilderness values, wildlife habitat and watershed. Thirty plus years have passed – I feel it is time to permanently protect Columbine either through Congressional legislation.