On behalf of the Montana Chapter of Backcountry Hunters & Anglers, we submit the following comments in response to the Madison River Work Group’s proposed recommendations.

First, we would like to recognize the time commitment the MRWG put into drafting these recommendations; as volunteers this is a huge undertaking, and we thank all group members for their time and sincere efforts.

Second, we want to remind the Commission that we went down this road before. Not so long ago, the equitable solutions that were agreed upon never saw the light of day. They were never given a chance. So, in hopes that we can move forward, here are our comments.

We support the recommendations of the MRWG regarding commercial trips of outfitters and guides. Closely resembling the proposal from 2020, this will cap the number of guided trips on the public waterway. One issue of concern is there is no limit on when the trips can be used, so the busy commercial season could get busier if trips are moved from either shoulder season into the peak.

Unfortunately, the other recommendations by the MRWG don’t have our full support. While we believe all parties involved need to be willing to compromise some, these recommendations feel like the DIY floater/angler is giving up much more. We acknowledge that the outfitting industry is going to be rolling back a portion of the Madison River trips from the current historic highs, but as stated above, the decrease won’t necessarily happen in the peak season.

On the flip side, MRWG wants all non-commercial groups who float the Madison to obtain a “daily” Madison River Float Permit for an undetermined “nominal” fee. The permit could help provide data for updated statistics on the floaters, which could be beneficial, but there are several downsides. The inconvenience of having to register prior to floating the river is worth noting. Gone will be the days of a quick, spontaneous, afternoon fall float or gathering the family on a Saturday to tube during the dog days of summer. Now floaters of all stripes will need to plan their trip in advance, go online to register, and pay a fee to float on public waters. If the MRWG is wanting to create this permit solely for collecting data, there are other means, such as mandatory sign-in boxes at FAS, that could provide this data without significantly inconveniencing this specific user group.

Finally, a big question for FWP, how will the float permits be enforced and who will do it? It would take multiple full-time wardens to adequately educate, then enforce this rule. Would the nominal fee collected be enough to even cover this new, needed expense?

Additionally, the suggested rules are going to limit what type of watercraft can be on what sections of river. While we all have likely shook our heads at inconsiderate floaters, they still have the right to float on a public waterway. Maybe a better solution here would be a rotation, restricting who has use of smaller sections of river during peak season, but these restrictions will need to impact all user groups equitably.

Specifically, we stand in opposition to the suggested changes for Bear Trap Canyon. It needs to be noted that the final decision lies with the BLM and not FWP, but a recommendation from this Commission will influence the BLM’s decisions.

The first thing that stands out in the Bear Trap Canyon recommendation is to increase the number of acceptable launches, which is defined by the BLM in their Limits of Acceptable Change, from six (6) to 21. This is a massive increase in allowable traffic and is counter to trying to protect resources, both physical and biological, from the threats of unregulated growth of floating recreation in the Wilderness Area, and is unlikely to be accepted by the BLM.

The MRWG also recommends four of the Bear Trap Canyon trips go to Outfitters & Guides. Assuming the number of parties per day stays at six, this leaves only two trips per day for the general public. This is clearly putting commercial interests above public interests on what is a public resource. If the Commission wants to move forward with making this recommendation to the BLM, it needs to adjust these numbers to a more equitable public usage; we suggest giving commercial business no more than 10 to 15% of the accepted number of launches per day.

We have no comment regarding the Commercial Watercraft Rental Delivery recommendations.

The Montana Chapter of Backcountry Hunters & Anglers appreciates the opportunity to comment on this proposed rulemaking. We strive to find a balance between habitat protections, conserving the resource, public access, as well as opportunity for all Montanans and our guests; this is no easy feat, but we’re confident that with some adjustments and careful considerations, the recreational framework the Commission can approve for the Madison could do just that. 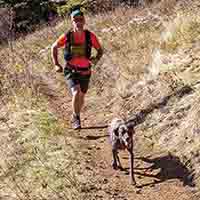 The more I learn about people, the more I like my dog.

share on
See other posts related to montana issues policy blog
Get the latest news and stories, right to your inbox.
Search
Local Chapters