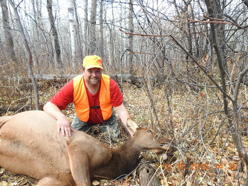 I was born and raised in mountains of Eastern Kentucky.  My Dad and I had a shared love of fishing and we traveled around the region together in pursuit of bass.  My first exposure to public lands came while attending Morehead State University that sits at the northern end of the Daniel Boone National Forest.  The ability to walk from your dorm room and connect to the Sheltowee Trace trail was life changing.  It was during this time that I met my first deer hunters and made my first few failed attempts at hunting.  It was not until a decade later that I made another attempt at hunting and found it to be both challenging and relaxing.  As my interests expanded from deer to turkey, like many others, I developed a goal of traveling west to hunt elk.  In 2016, I made my first trip to Colorado and was lucky enough to harvest a cow elk. This trip changed my idea of what America is what it means to be an American.  I returned home and joined BHA with a goal of helping to establish a chapter in Kentucky to ensure that future generations have the opportunities afforded to me.  I am a member of other conservation organizations, but I have found the membership and the mission of BHA to be the most aligned with my own goals and I am fully committed to our success. 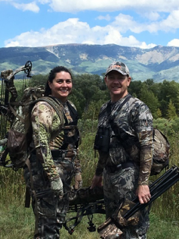 I was born and raised in metro Washington D.C. in the 1970s, which was a real treat, but thankfully I got to spend summers with my Grandfathers in the rural areas of western Maryland, southeast Kentucky and northeast Tennessee. I graduated with a college degree in Biology and intended to become a game warden. A twist of fate landed me in the U.S. Army as an Infantry Officer. I loved serving my Nation and was fortunate enough to serve all over the world, in peace and in combat. The Army also allowed me time to earn multiple postgraduate diplomas, the last of which is a Master’s of Strategic Studies. After 26 years of total service, it was time to hang up my jump boots and put on my hunting boots. Now I am a freelance writer, hunter, fisher, gatherer, competitive archer and advocate for improving the future of my fellow sportsmen and women in the Commonwealth of Kentucky. My wife Aline and I are both BHA life members. We have hunted and/or fished public lands and waters all over the lower 48, Alaska and Hawaii. Those wild public places are a national treasure. They must be retained or improved for future generations. We intended to see that it happens. 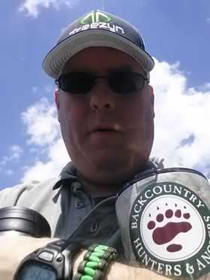 I am a proud native Central Kentuckian, born/raised, that can trace my Kentucky roots back to the Native Americans that lived here originally. My Dad taught my sister and me to fish and target/trap shoot. I had an uncle and cousin to take me hunting at times, because my immediate family did not. I got involved with Scouting, then later in life leadership positions in mountain biking, cycling and triathlon clubs. I quit hunting when I was 15 due to not being ready to witness a processor field dress my deer in front of my eyes at my Dad’s insistence, however later in life I found I loved my best friend’s venison summer sausage. I kept stealing it out of his freezer until he convinced me it was time to start hunting again to have my own venison summer sausage to eat instead of his.

I strongly believe like all my fellow KY-BHA members that the greatest thing we can do is pass all of our outdoors legacy and traditions down to beginner adults and children everywhere. To this end, I am Life Member/Officer in many outdoors groups, am a  Hunter/Bow Hunter Education Instructor, and a middle school archery coach. Being outside, I always find serenity in the beauty of nature and in God’s creatures to the point it touches my soul. I feel, like many of my fellow outdoor brothers/sisters, that it is therapy for the soul every time you can get outside to hunt, fish, hike, target shoot or just do anything outdoors at all. 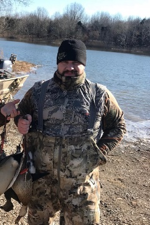 I grew up on the shores of Lake Cumberland, where I learned to fish and hunt on our nearby public land, Daniel Boone National Forest. During my high school years, I joined our high school’s conservation organization, which was heavily devoted to the maintenance and improvement of our area’s public resources. This passion for service has grown into a long lasting support for various organizations which promote and protect our hunting and fishing heritage as well as conservation of our public lands, its access, and its improvement. I found out about BHA a few years ago and quickly pledged my financial support as a life member, but longing to do so much more. After bugging so many of the staff, I finally was introduced to the group who would become the founding crew of Kentucky Backcountry Hunters and Anglers.

When not volunteering or working, I spend my spare time hunting, fishing, and training my stubborn wirehaired pointer, Greta. My wife, who shares my passion for all things outdoors and conservation, and I live in Bowling Green. 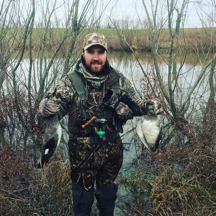 My name is Ben Bishop. I grew up and still reside in central Kentucky. From the time I was able to accompany my dad in the field, I was hooked on all things outdoors. Hunting and fishing every chance that I had. Up until a few years ago, I had always hunted on private land. My first experience hunting on public land was a black bear hunt in the southeastern portion of the state. I was in shear awe of this pristine land. Though I was unsuccessful in my attempt at a bear, I had found something new that I could try to help preserve and maintain. Now to this day I enjoy all sorts of hunting from squirrel and rabbit, to ducks and geese on our public lands. In addition, I am always in search for more adventures that they hold. 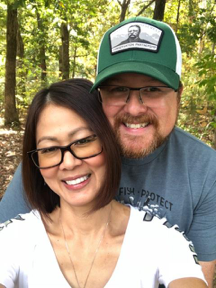 I first followed my dad afield on a rabbit hunt with our Beagle hounds at age five. That same year I lost the vision in my left eye. Yet, my parents encouraged me to continue enjoying hunting and the outdoors. After my son’s birth, my perspective changed. Although I had been primarily hunting public land since childhood, I had largely taken them for granted. I came to the realization that public lands are an American birthright and hold a position of prominence in what is a uniquely American experience.

I am a sixth-generation Kentuckian and a lifelong houndsman. I live in Paducah with my soulmate, Liza and our two sons, Brody and Nao and a pack of hunting hounds. I have a Master of Science in Organizational Communication and work as a Database Marketing Administrator in the casino gaming industry. I joined BHA in 2016 because their public lands mission, values and goals mirror my own.