To pass the rational-basis standard for passing a law, there must be a rational connection between the means and the benefit. Here, the stated benefit is to “ensure a sustainable turkey population for the future.” However, in Kentucky WMAs only account for 2% of total land acreage. WMA harvest by public land hunters only accounts for 3%, and second public land turkeys would only account for less than 0.8%, which is an incredible generous estimate. Remove less that a 0.8% chance for a second turkey could impose a huge burden on public land hunters, but other hand will not have a population preserving affect.

Based on the above, this proposed amendment is not science-based and therefore has no rational connect between the means and the benefit. Further, because it discriminates against public land hunters who do not own or have permission on private land, the amendment is unconstitutional and violates the rights of Kentucky hunters. KentuckyBHA urges all our members and reads to tell the KDFWR to withdraw this amendment as discriminatory, arbitrary and capricious. 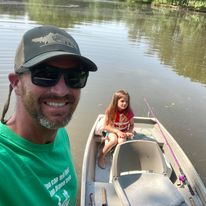