“Just keep on flyin’ over!”  We all began laughing out loud and repeating the phrase over and over. We were loading up tools and feeling good after completing a project in a beautiful spot in our state. To most Americans, Kansas is just one of those ‘fly over’ states, or maybe THE fly over state. We Kansans sometimes catch ourselves hoping others continue thinking we have nothing worth looking at in our State. Because we know different.

The Kansas Chapter of BHA had been asked to provide some assistance to the Kansas Department of Wildlife and Parks on a beautiful little gem in the Flint Hills region of Kansas. Chase State Fishing Lake covers only about a hundred acres and doesn’t have camping hookups for electricity, water or any of the other ‘comforts’ a lot of campers look for. So, it’s not a location that leaps off the page to many people who do not live in the area. What it does have are the Flint Hills surrounding it, good fishing and usually plenty of quiet. Hike to the top of the ridge across from the camping area and you will be rewarded with a beautiful view of the Flint Hills. And, when the time is right, this little oasis even has a rare commodity in Kansas: a waterfall! When sufficient rain falls on the rolling hills around the lake, the lake’s water level rises and results in a beautiful waterfall, all just a pleasant walk from a parking area. 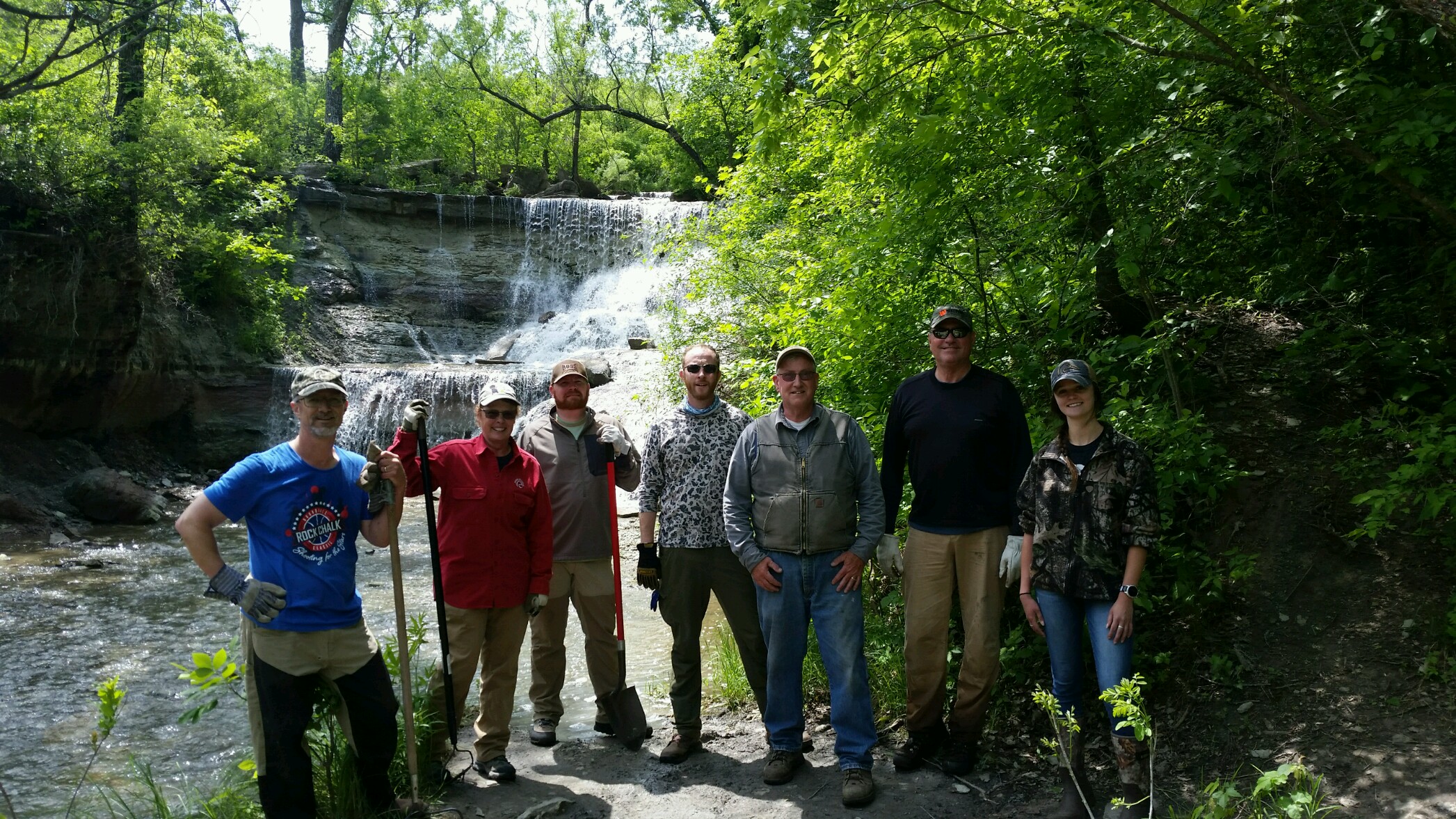 The Kansas BHA Chapter stands in front of a Flint Hills waterfall.

The only problem in this whole scenario is that if you want to see the waterfall from the bottom, you needed to go down a steep trail that is occasionally slick and muddy. Brent Konen, Public Lands Manager for the area, coordinated efforts with Kansas BHA Board member Josh Nicolay to set up a volunteer project to work on the trail to the bottom of the waterfall and improve its safety. While the wild characteristics of the trail were maintained, BHA volunteers removed a few small trees, moved some logs and cleared brush to give easier access. Some landscape timbers were placed in strategic places and larger tree roots were allowed to remain, all of which now provide footholds on the slippery slope of the trail. Finally, a layer of mulch was laid down on the trail to establish a little texture to the muddy surface. With Memorial Day weekend just a few days away, it was hoped the holiday crowd would now be able to see this beautiful little corner of Kansas without safety concerns.

Afterward, Konen expressed his thoughts in an email to Nicolay saying “I must say that I appreciate the willingness of your members to pitch in with on-the-ground efforts on individual properties, while also being a larger voice for natural resource related issues important to both of our organizations.  Thank you for the work you do!  Again, I'll keep BHA in mind with future projects.”

All of the goals were accomplished by the BHA volunteer crew that showed up that cool morning in May. The morning went by fast as we worked to the music provided by the waterfall. When we finished the job, we would head over to a picnic shelter where Josh would cook up a lunch of brats and burgers. As we loaded up our shovels, sledge hammers and other tools, a plane flew high overheard and caught the eye of one of the volunteers. He smiled, looked around at the others and said ‘Just keep on flyin’ over!!!’ 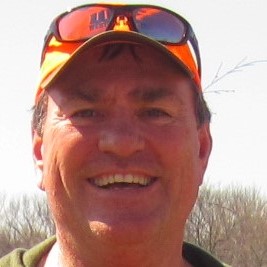 I'm an old retired guy, barely hanging in there, but focused on spreading the love for our public lands and waters!

share on
See other posts related to public lands Kansas BHA Kansas News
Get the latest news and stories, right to your inbox.
Search
Local Chapters