In September 2016, my daughter and I had the good fortune to hunt waterfowl at Izembek National Wildlife Refuge with Jeff Wasley of Four Flyways Outfitters. It was the most exciting duck and goose hunt of our lives.

Izembek is a 315,000 acre, 492 square mile, wilderness-wetland complex in far southwest Alaska. Izembek is remarkable for the expanses of eel grass vital to the survival of the world’s entire population of Pacific black brant and emperor geese. No other place on earth contains the eel grass and irreplaceable ecosystem of Izembek. These birds stage in the fall, gaining weight rapidly on this nutritious and unique food.

When the jet stream is suitable, brant fly as far south as Mexico, where many of the birds winter. The brant population is stable, and the emperor goose population is increasing. In fact, in 2017 Alaska residents can harvest an emperor goose for the first time in 30 years!

In addition, Izembek Lagoon within the refuge is designated critical habitat for Alaska’s highly endangered Steller’s eider population. Pintails and two types of cackling geese are in abundance. We bagged the mallard-sized cackling goose and the 6-7 pound Taverner’s cacklers during our hunt. Pintails, mallards and both American and European widgeon completed our bag. 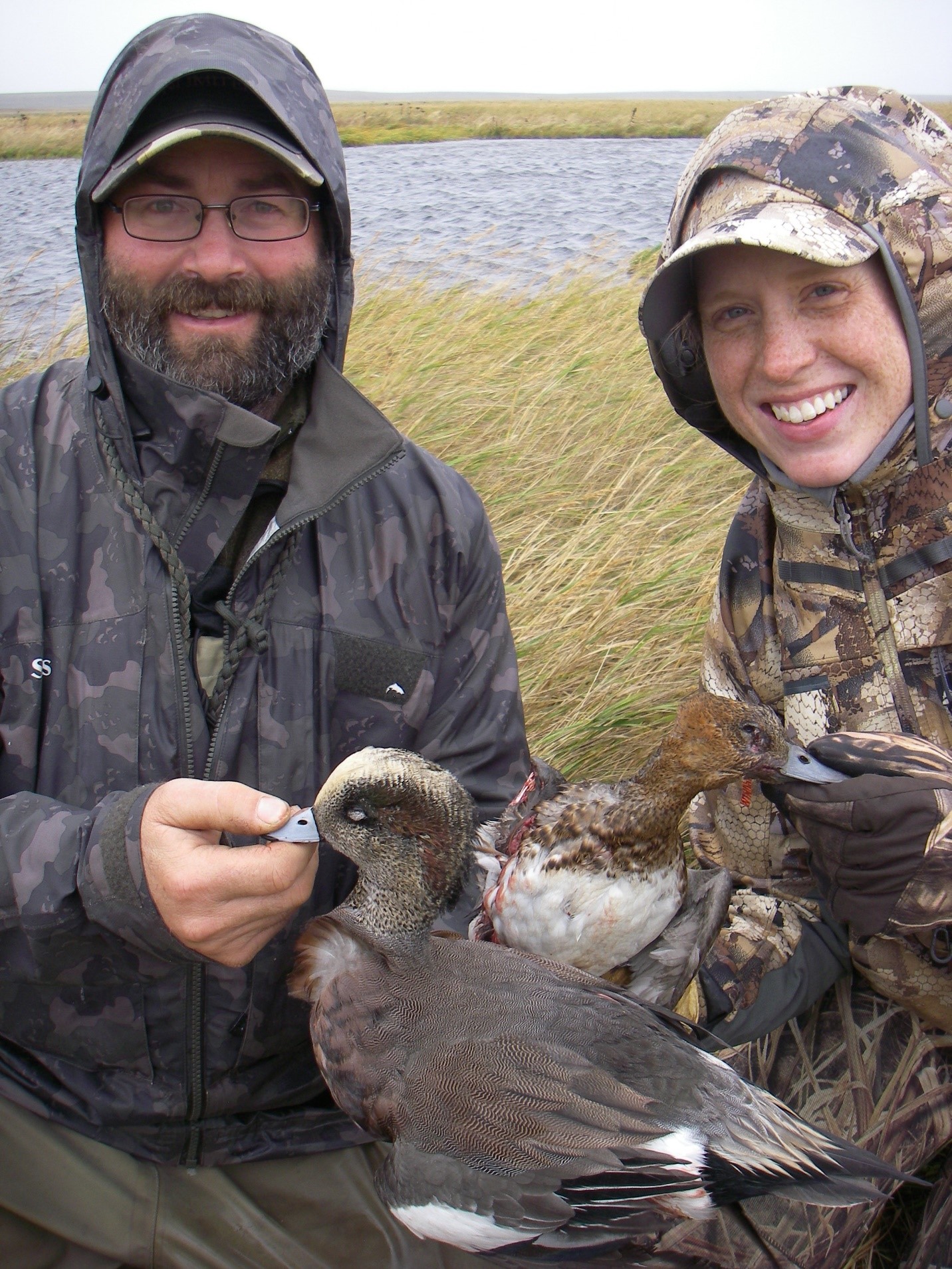 The variety of hunting strategies employed by Wasley during our six-day hunt were extraordinary. We shot cacklers using wind sock decoys in the tundra, brant over floating decoys along the shoreline and brant from a layout boat. We bagged ducks over decoys on inland ponds. Later in the season, Jeff guides a sea duck hunting experience for old squaw, harlequins and common eiders. These are not high-volume shooting experiences, but the quality of the shooting is memorable.

It was a privilege to hunt in this extraordinary setting. We saw enormous brown bears both in the tundra and far from shore in the shallow waters of the lagoon. Seeing a walrus haul-out, numerous ptarmigan, and amazing bird watching were other highlights of our trip. Since more than 500,000 waterfowl and shorebirds stage every fall at Izembek, we witnessed one of nature's most incredible spectacles. 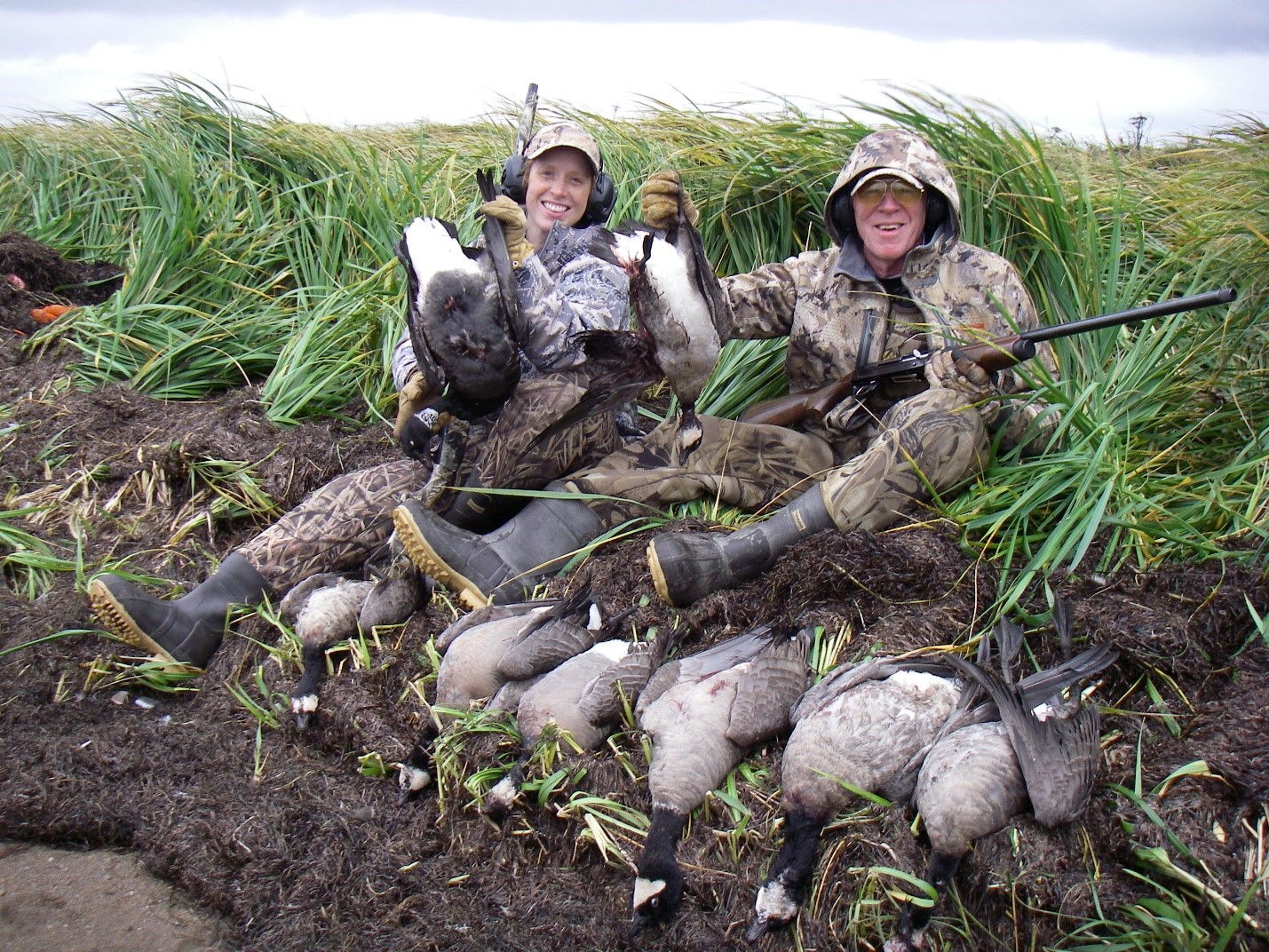 Of great concern to us is the current attempt by Sen. Lisa Murkowski to pass legislation (S.101) that aims to build a road, essentially bisecting Izembek, to connect the tiny towns of King Cove and Cold Bay. This road is to facilitate development, pure and simple. Sen. Murkowski’s argument that the road is needed for emergency medical evacuations from King Cove is disingenuous and a false choice – a Trojan horse, if you will.

The Aleutians East Borough, or AEB, is the county-level governing body for the small towns in this part of Alaska. For more than 30 years, the AEB and Peter Pan Seafood, a Japanese company that owns Alaska’s largest salmon cannery in King Cove, have pushed for the Izembek road to expedite shipment of seafood via the larger airport runway in Cold Bay. Both the AEB and Peter Pan Seafood are major financial contributors to both Sen. Murkowski and Rep. Don Young, who sponsored similar legislation that passed the House of Representatives in July.

The acreage for the road would be “de-designated” from its current wilderness status. A land swap with state land is part of the deal, but the land to be traded has none of the wetland characteristics of Izembek and is of little to no use to waterfowl.
A July Alaska Dispatch News article reports that the administration may also be considering an administrative approach to accomplish the road project , which would result in a transfer of public lands that would be equally as damaging to the refuge. Neither approach – legislative or administrative – is in the public’s best interest.

If advanced, this proposal could set a dangerous precedent to open wildlife refuges, national monuments, wilderness areas and other public lands to economic development. If you care about preserving public access to our public lands, please write or call your senator with opposition to this ill-conceived legislation.

Brian Rogers is a BHA member from Bozeman, Montana.

Brian Rogers is a lifelong waterfowl hunter who grew up training labs, carving duck decoys, and caring deeply about wetland habitats. He is a Life Sponsor of Ducks Unlimited and is a strong advocate for keeping Public Lands free from commercial developmen

share on
See other posts related to the campfire alaska bha priority landscapes alaska issues
Get the latest news and stories, right to your inbox.
Search
Local Chapters