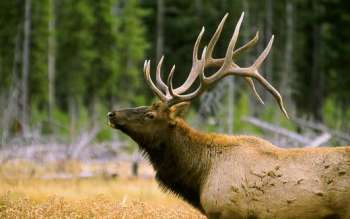 The following Op-Ed by Minnesota BHA Board Member, David Lien was recently published by the Duluth Tribune, here.

Anyone who has heard a bugling bull elk likely remembers the first time. In North America, only the haunting chorus of a wolf pack or ethereal evening calls of loons can come close to matching the mystical qualities of a bull elk’s bugle. Unfortunately, Minnesota’s native elk, although originally distributed over most of the state, were extirpated by the early l900s.

But this year Minnesota celebrates the 100th anniversary of its elk reintroduction, after the Legislature allotted $5,000 to rekindle the herd in 1913. And today there are three small elk herds totaling about 120 animals roaming far northwestern Minnesota.

Most Minnesotans are likely unaware that some 6,000 members of the Rocky Mountain Elk Foundation live in our state, spread out among nearly 20 state chapters. And about 7,000 Minnesotans apply to chase elk in the West each year.

However, the state Legislature hasn’t allowed the DNR to manage elk as a big-game animal — and that needs to change, according to Mark Johnson, executive director of the Minnesota Deer Hunters Association.

“The DNR has had its hands tied and they’ve been forced to manage elk as a pest, basically for the least acceptable number of elk possible,” Johnson said in a St. Cloud Times article in March.

Recently, the Minnesota Deer Hunters Association, Rocky Mountain Elk Foundation, and northwest Minnesota residents have been pushing for a larger elk population as well as a new Department of Natural Resources management plan that reflects the growing interest in seeing elk numbers increase.

As the DNR noted in its 2009 Elk Management Plan, “Currently there is a desire by many Minnesota citizens to increase Minnesota’s elk herd.” The DNRs’ current elk management plan was established in 2009 and is set to expire in 2015.

My Minnesota Backcountry Hunters & Anglers agree with the Minnesota Deer Hunters Association, the Rocky Mountain Elk Foundation, local sportsmen and sportswomen, and others that sufficient habitat exists to support a larger elk herd in northern Minnesota.

Elk also co-exist well with whitetail deer. Of the states that have reintroduced wild elk herds, none have reported any negative impact on deer. Michigan restarted its elk population with just seven animals in 1918, a herd that since has grown to more than 900, and it has been well accepted by both landowners and sportsmen, including deer hunters. According to experts, elk and deer have different diets during the spring, summer and fall. While the diet overlaps during the winter, even then elk and deer generally forage in different areas, as reported in the News Tribune in March.

In addition, with the precipitous decline of northern Minnesota’s moose herds (first in the northwest and now in the northeast, where the moose population dropped 35 percent from an estimated 4,230 animals to 2,760 between 2012 and 2013), it makes sense to do all we can to promote the continued survival and growth of both moose and elk in northern Minnesota.

The bull elk is an enduring symbol of wild places and wide-open spaces; and as the DNR stated in its 2009 Elk Management Plan, “The long-term vision … is to enhance the size and range extent of Minnesota’s elk population.”

We agree. It’s time for more Minnesotans to experience these grand animals, and we fully support the growth and expansion of Minnesota’s wild elk herd.