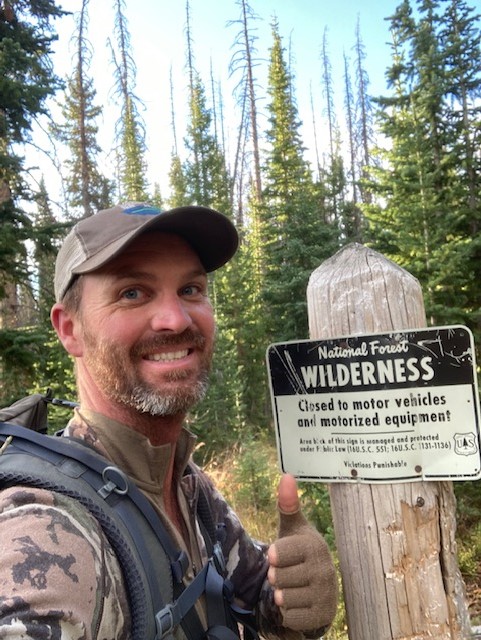 Jameson is an Indiana native growing up in a rural neighborhood near Terre Haute, Indiana. Although his direct family members were not outdoor oriented, he was fortunate enough to have several influencers that built his passion for the outdoors. At the age of 12, he was introduced to deer hunting and his passion for archery hunting took root. He quickly began chasing most Indiana game species and reading all articles in every outdoor oriented publication to foster a knowledge of hunting. Fishing soon followed during the warmer seasons and in between baseball game he could be found chasing bass in local strip pits or staying up all night pursuing catfish.

Jameson went to Indiana State University and obtained his bachelors’ degree in Parks & Recreation Management. During this time, he fostered an even deeper love for hiking, camping, backpacking, and various outdoor activities. Moving out west to pursue all aspects of the outdoors was his next goal. He then went to work at a guest ranch in southern Wyoming for two years as the Activity Coordinator. Here he began his deep understanding to the importance of public lands, public waters access, and the great opportunities that we have in this country to recreate on public properties.  As with many stories, Jameson ended up moving back to his home state of Indiana. In 2008, he was fortunate to take a position of Parke County Parks & Recreation Superintendent operating public parks and public access. Jameson now resides with his wife of 11 years and their six year old daughter in southern Indiana after he took a new position of the Daviess Martin Joint County Parks & Recreation Superintendent in 2015. He is responsible for 1600 acres of public property, including 622 acres of public waters. He is passionate about providing outdoor recreation services to public users and advocating for hunting and fishing access in the various national and state properties of Indiana. Jameson is an active member of the Indiana Parks & Recreation Association, sits on the committee for the Indiana Chapter of the Rocky Mountain Elk Foundation, and serves on various tourism boards. It’s very important to Jameson to help secure the future of public lands for his daughter and future generations. 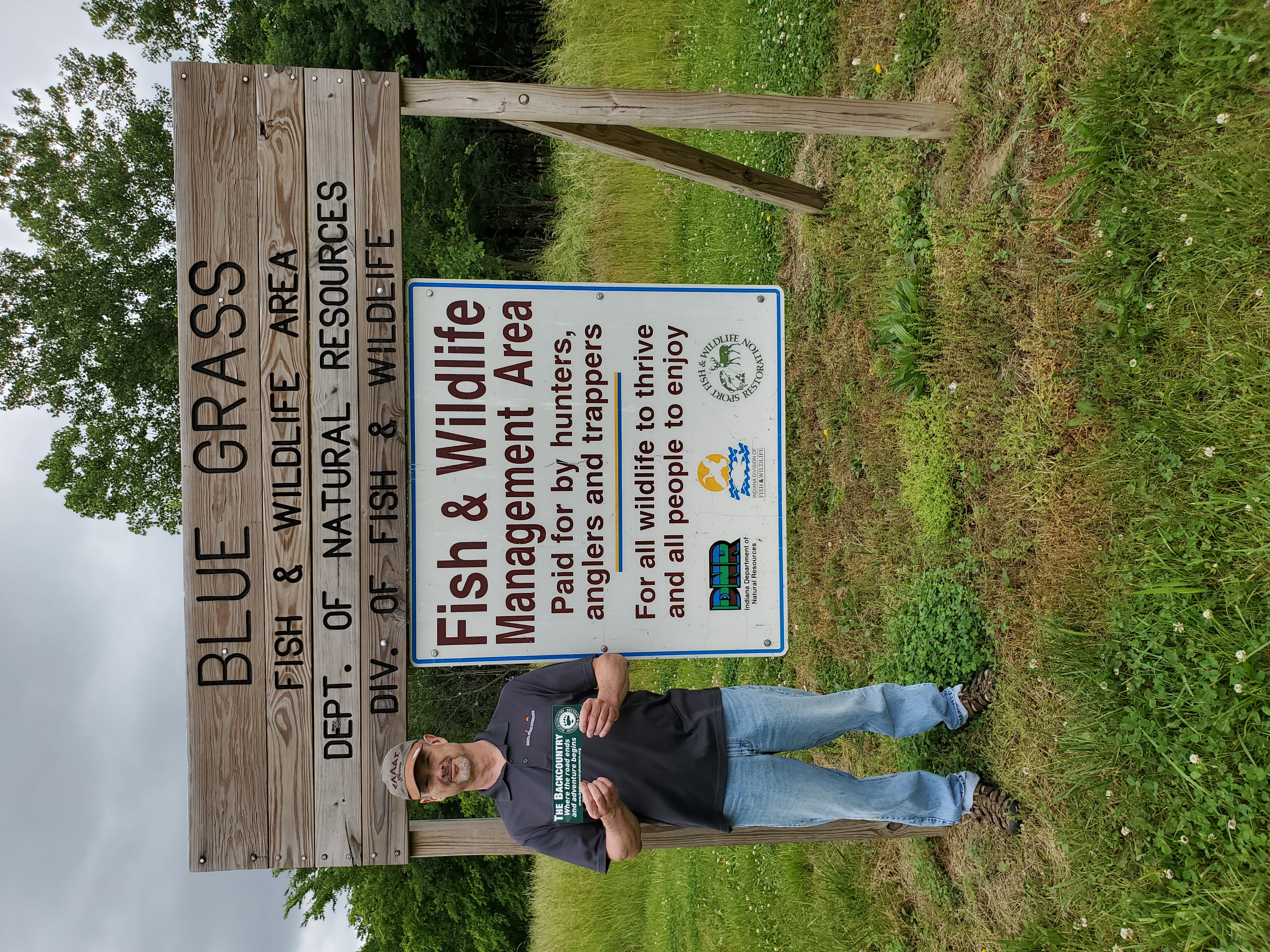 John was raised in Indianapolis and like many of us was introduced to the outdoors by his father as well as other relatives.  Fishing was his early passion with hunting taking the top spot later in life.  After high school, John enlisted and served over seven years as a US Marine.

After military service to our country, John moved to South Dakota to transition, work and ultimately attend Northern State University (NSU), earning a BS in Environmental Science with minors in aquatic ecology and industrial education (electronics).  While attending NSU, John worked in the Veterans’ Affairs Office processing incoming veterans and attended the University of Idaho under the national student exchange program.  John focus, while at the UI, was on fish biology and watershed management.  John also attended graduate school at the UI.

John recently retired from the federal government where he served in many roles while working for the Fish & Wildlife Service (F&WS) and Forest Service.  His last role was serving as Deputy Grasslands Supervisor on the Dakota Prairie Grasslands.  John has served as a district ranger in South Dakota and Kentucky, Resources Staff Officer in Montana, and several fisheries biologist positions through the Forest Service, including hydropower relicensing.  John also spent four years serving as an ESA consultation biologist with the F&WS in NE Oregon.

He is an avid hunter and loves to hunt upland birds with his black Lab, Phantom.  They can be found chasing grouse and woodcock with friends in Michigan before heading to the Dakotas for pheasant and sharptail grouse.  Deer and antelope hunting round out the fall field time.

John and his wife, Karla, returned to Indiana to be close to their children, grandchildren, remaining parents as well as family and friends.  They live in Evansville, Indiana. 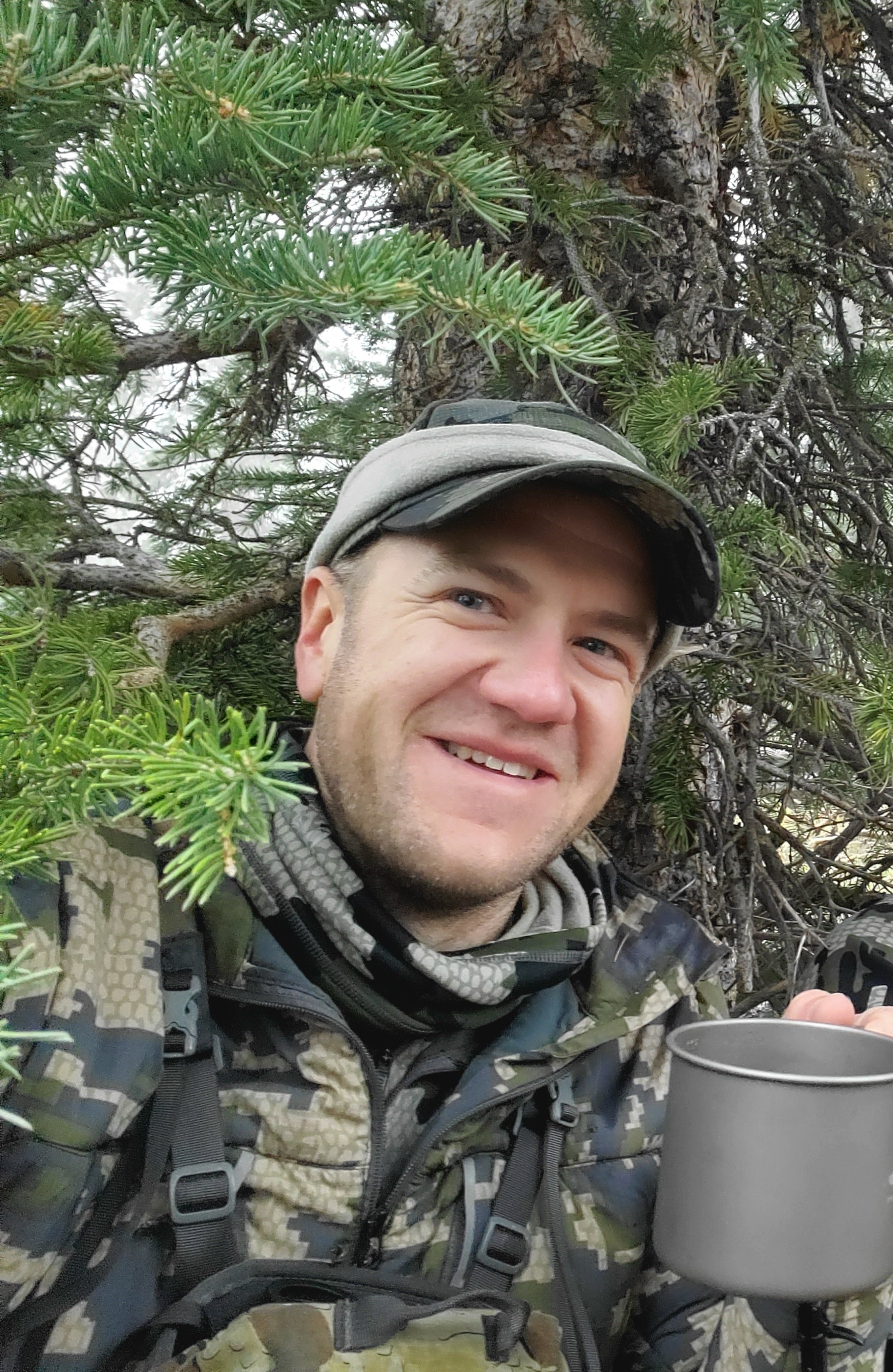 As a lifelong Hoosier, outdoorsman, hunter and angler, the opportunity to champion for wild public lands, waters, and animals is a very exciting opportunity for him.  He grew up in a small town around large farm tracts, but with very little private land access to hunt on. From an early age his father would take his brother and himself out to different Fish & Wildlife Areas, State Recreational Areas, and State Parks for hunting, or other outdoor adventures.  One of his fondest memories is birthday “parties” when he was growing up, and his father would take a couple of John’s good friends and John on squirrel hunting and camping weekends at Jasper-Pulaski FWA.  John was also brought up in Scouting and that has driven his continued desire for public service and giving back.

John attended Purdue University for engineering and now works for Cummins Inc. as a Service Engineering Manager for one of their largest accounts.  He is proud of his company’s stance on giving back to each community and their commitment to a cleaner healthier environment.

Johns personal experience and the immense opportunities he has experienced on public land, i.e. turkey, squirrel, deer in Indiana, Wyoming Antelope, and Utah Elk have inspired him to seek out an organization that will defend and improve those public lands so that others have the opportunity to experience the amazing land we all own. 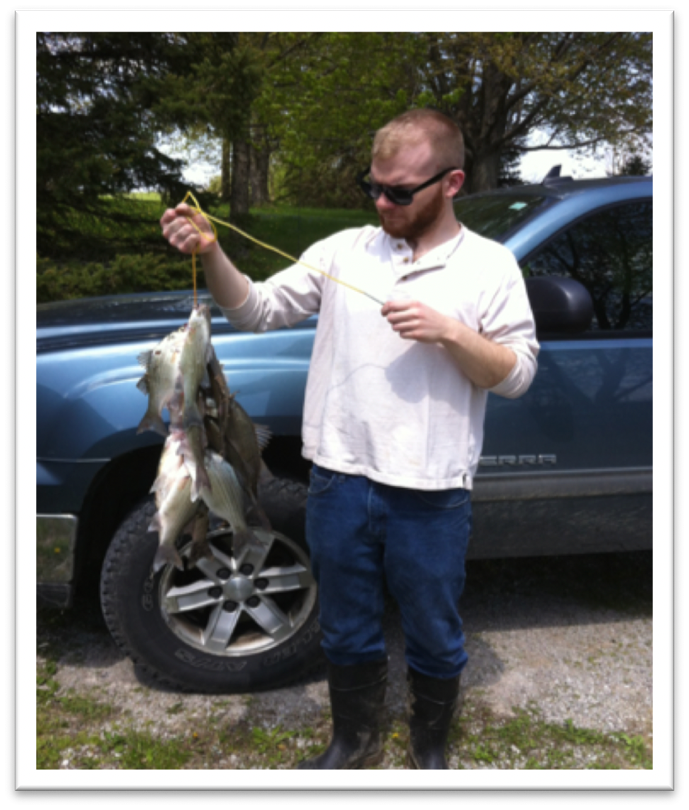 Ben was raised in Northeast Indiana and was fortunate to be introduced to the outdoors by his father at an early age through hunting, fishing, camping, and mushroom hunting. Most of these memories were made on public lands without any second thought toward how or why we could use them.

Now as an adult, and with a few Western hunts under his belt, he has a deeper understanding and appreciation of public lands and desires to help maintain and expand them for continued opportunities. This, along with meeting other like-minded people, led him to join Backcountry Hunters & Anglers and help start the proposed Indiana chapter.

Ben currently resides in Fort Wayne and works in Huntington as a Manufacturing Engineer, leading many continuous improvement projects. He also is a Certified Energy Manager and leads energy reduction projects as an extracurricular role at his work. Ben is a founding Board Member of the Indiana BHA chapter and also a member of the Society of Manufacturing Engineers and Association of Energy Engineers. 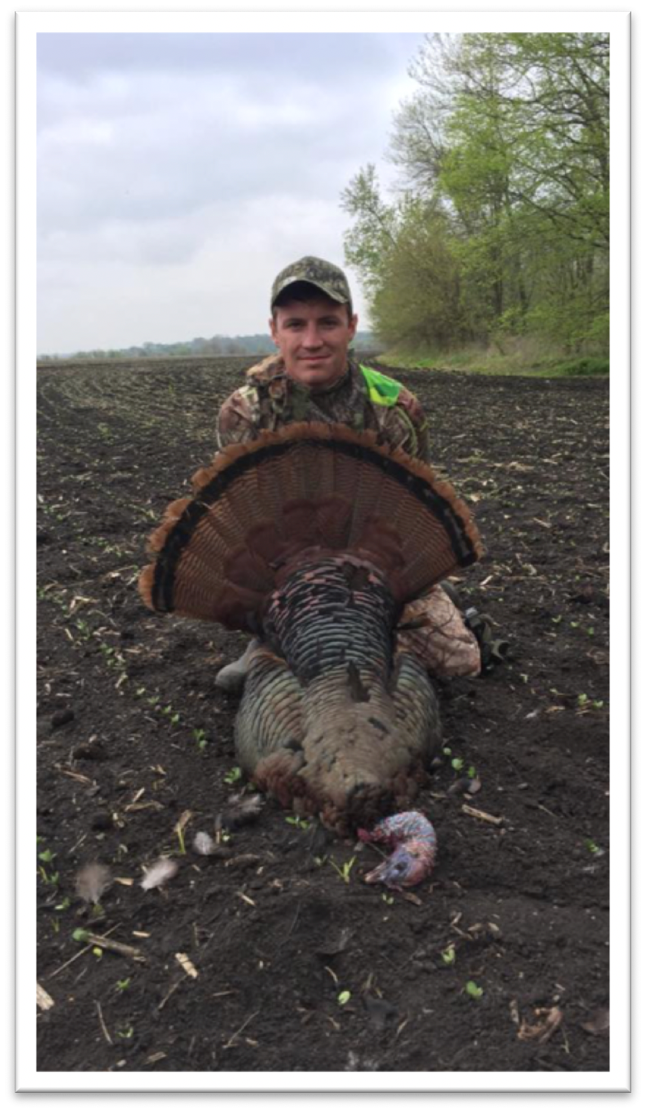 Raised in rural west central Indiana, Sam Shoaf was introduced to the outdoors at a young age. Deer and small game hunting with his father were the catalyst to a lifelong interest in the natural world.

Sam went to Purdue University and studied wildlife biology. There, he learned the ecology and management of ecosystems. From there, Sam moved to Bloomington, Indiana, and started his career in ecological restoration. He now works at Eco Logic LLC in Bloomington and has been able to work on many of our public lands managed by local, state, and federal agencies. Strengthening a sense of ownership and responsibility for these places.

Along with his daily work, several elk hunting trips to the vast public estate of the western United States has opened his eyes to the treasure that we all own and encouraged him to get involved in making sure public spaces are available for wildlife and people. Sam is also on a committee member for the Bloomington chapter of the Rocky Mountain Elk Foundation and a member of the National Wild Turkey Federation. 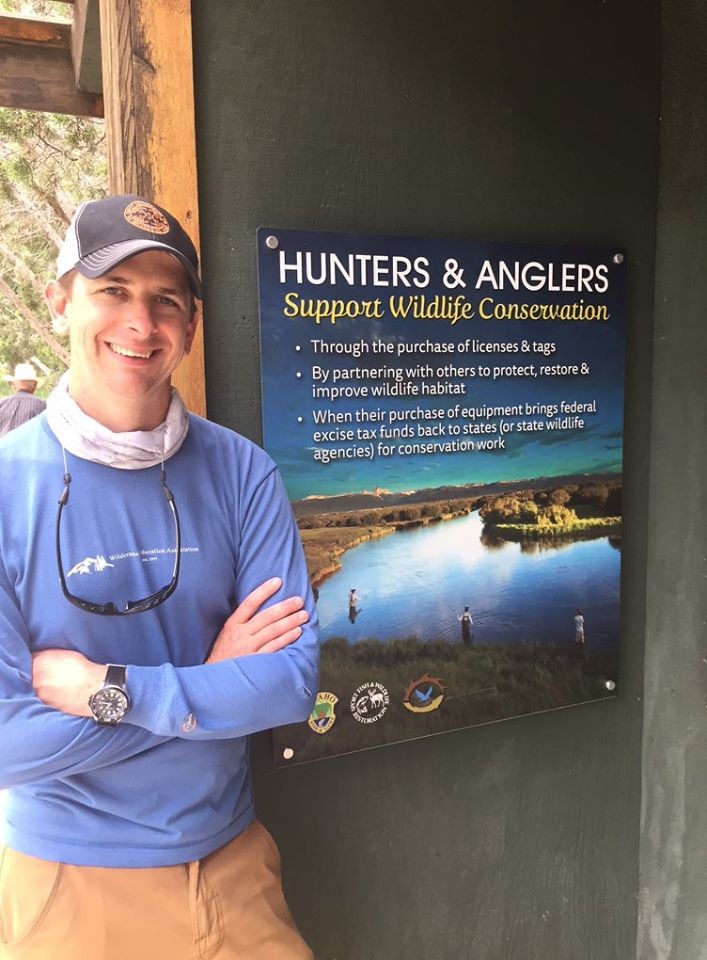 Scott Salmon is the Executive Director of Friends of the White River, a 501c3 non-profit organization which works to sustain the long-term viability of the White River as a unique natural resource of Indiana now and for future generations. He holds a M.P.A. from the O'Neill School of Public and Environmental Affairs and a B.S. from Indiana State University. He spent nearly five years with the Indiana Division of Fish and Wildlife managing pollution-caused fish kill response and riparian restoration, conducting environmental risk assessments, and planning aquatic habitat projects such as low-dam removals and streambank restoration.

Scott has held teaching, logistics, and leadership positions with numerous outdoor education organizations over his career, and maintains Wilderness First Responder and PADI Open Water Scuba Instructor certifications. He joined the Indiana Chapter of Backcountry Hunters and Anglers board in 2019 and represents the Chapter on the Indiana Conservation Alliance (INCA) Steering Committee.

Scott grew up in southern Indiana, spending countless weekends exploring state parks and forests, first with his parents and later through the Boy Scouts. He took three trips to the Boundary Waters Canoe Area Wilderness and developed his fishing, paddling, and watercraft skills on Lake Lemon outside of Bloomington. He took up hunting in 2011 and has a passion for mentoring other adult-onset hunters and anglers. 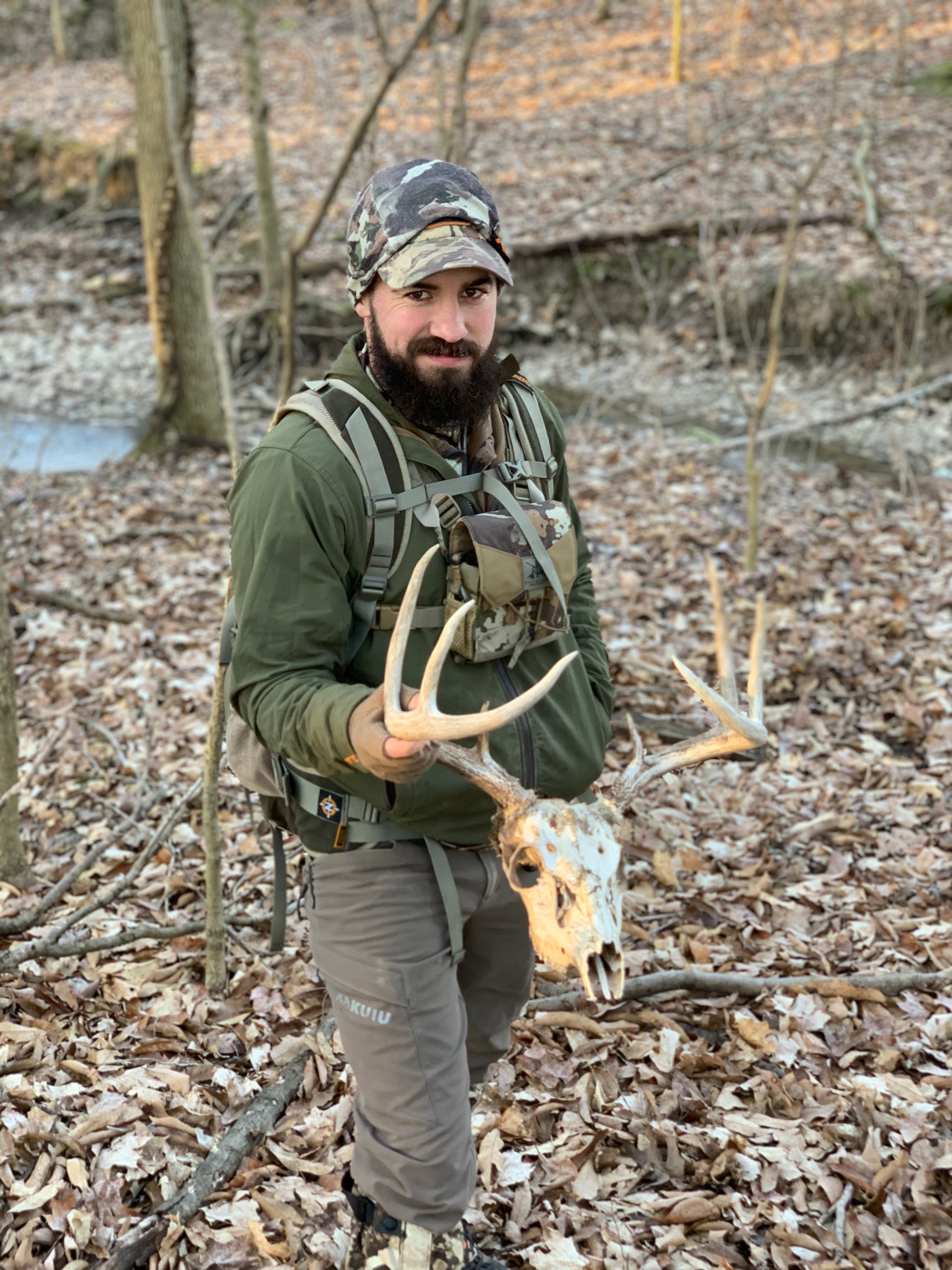 Tyler lives in Brazil, Indiana; with his wife and two children. There he manages Webster’s Mowing Service, assists in managing Webster Construction, works part-time for Moore Funeral Home, and plows snow in the winter.

As early as the age of 5, he was and still is obsessed with everything outdoors. His father started taking him bow hunting when he was 7, and that ignited a passion in him that is still burning 24 years later.

Tyler’s fixation with public land is ensuring its preservation for his children and future generations. He wants the land to be cherished, respected, and to remain in public hands so that our youth can continue to enjoy them as we do. 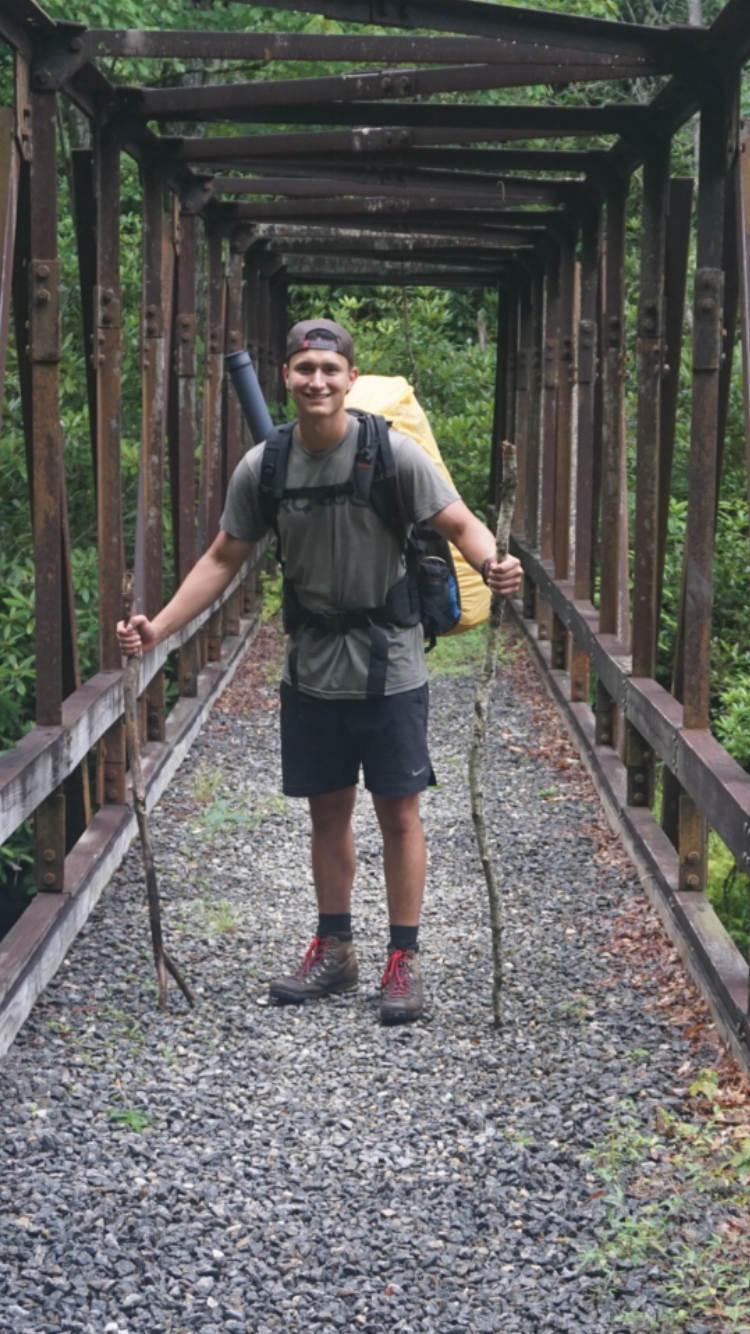 Jesse Cano is an Evansville, Indiana native. His outdoor beginnings were similar to most of us, shared and taught by his father. Going on hunts at a young age and following behind his father into what seemed to be endless wilderness were some of the most significant moments of his life. It sparked interest in him to know more about what it means to be a true outdoorsman. That we aren’t just takers from wild places, but truly the ones carrying out conservation practices.

Today Jesse has taken that early-on inspiration and amplified it by enjoying a wide variety of outdoor pursuits. Back country camping, fly fishing, and hunting whitetails remain his core endeavors. He recently graduated from the University of Southern Indiana as a double major studying Criminal Justice and Sociology. Jesse became a member of Backcountry Hunters and Anglers initially to be involved in giving back and supporting the places that have given him so much. He started as a volunteer and became a board member in early April of 2020 for the Indiana Chapter of Backcountry Hunters and Anglers, he serves as a resource for the southwestern part of the state.