In defense of brook trout 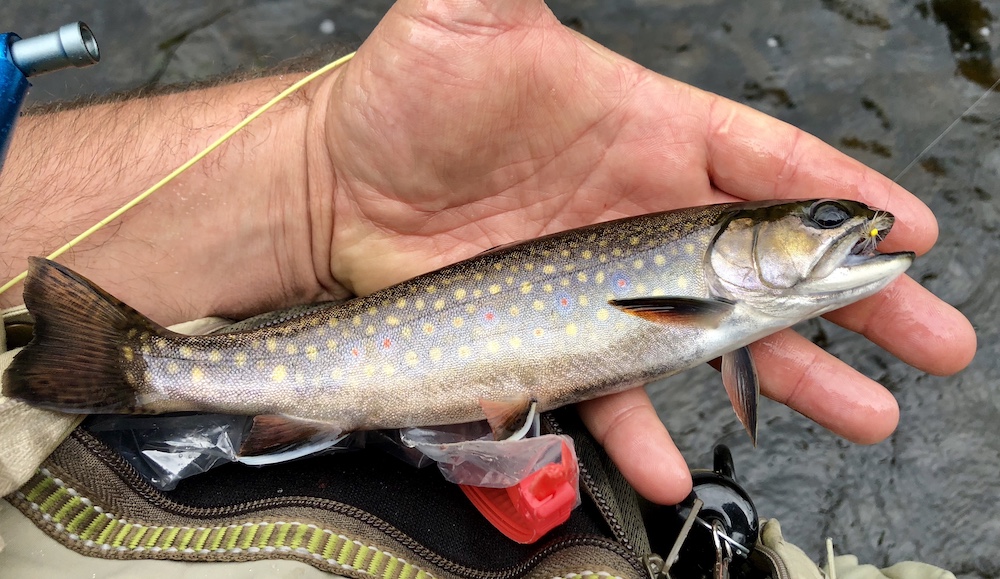 In Defense of Brook Trout

Pennsylvania has been blessed with treasure troves of natural resources.  Over the decades, prosperity and wealth has been owed to the abundant through mines, mills, and oil derricks that litter the state.  However, one resource in particular has endured through the ebbs and flows of industry: the brook trout. Having the distinction of being the state fish of Pennsylvania is quite literally the least we can do for these hardy fish that have outlasted every business trend thrown their way.

In the fishing world, there’s a important distinction in the terms “native” and “wild.”  A wild fish simply means it was born in the waterway it resides, free of any human tinkering.  Fish that are considered native were not only born in their present watershed, but they also have historic roots to the region. In terms of trout, browns and rainbows can be wild but not native. Only the brook trout has the distinction of being called native, a badge that is rightfully worn with great pride.

Brook trout are our fish.  They represent a hardiness and blue collar mentality that exists among outdoorsmen throughout the Keystone State.  In many ways they are the perfect representative of our culture, fishing and otherwise. As the steel industry of Pittsburgh collapsed, brook trout were there.  As the vast forests of white pine were clear cut, brook trout were there. When companies like Pennzoil and Quaker State decided to move their world headquarters elsewhere, brook trout were there. These fish have forged ahead in lockstep with the people of Pennsylvania.

Pennsylvanians are lucky to have such a rich tradition of fishing and conservation.  Native populations of brook trout have been ravaged from Maine to Georgia, but PA remains one of the bastions for this fish.  Each time one is caught in the headwater streams of the Appalachians, anglers should pause to take notice of how lucky we are to be afforded this opportunity.

Not only do we have strong numbers of brook trout, but we have public land in which to pursue them. Every state in the East isn’t so lucky, and our good fortune is owed in part to conservation groups throughout the commonwealth who have chosen to fight for our native trout and the clean water in which they reside.  It’s a fight that will never end, but it must continue to be fought. It’s up to us to protect these gorgeous fish and the places they call home.

share on
See other posts related to issues Pennsylvania BHA Pennsylvania Issues
Get the latest news and stories, right to your inbox.
Search
Local Chapters