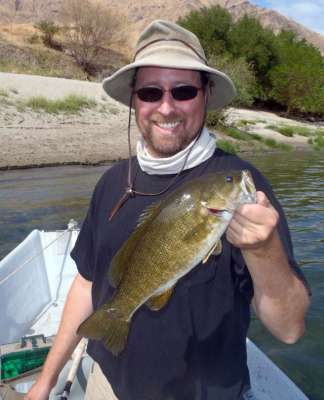 This week, Idaho BHA member Derek Farr (pictured) will be traveling to Washington DC to express support for the Land & Water Conservation Fund (LWCF). LWCF is a critical source of funding for providing public hunting and fishing access and protecting key fish and wildlife habitat. Over the past five decades, over $210 million in LWCF funding has gone to benefit key public hunting and fishing areas in Idaho, such as Hell’s Canyon National Recreation Area (NRA), Middle Fork Clearwater National Wild and Scenic River and Sawtooth NRA.

Nationally, $900 million per year is made available for LWCF; however, the vast majority is diverted and used for other purposes. Backcountry Hunters & Anglers fully supports efforts to restore LWCF by dedicating the full $900 million to conservation and public land access as was originally intended when Congress created LWCF in 1965. Because LWCF money comes from the sale of off-shore oil and gas leases, the program does not cost tax-payers a dime.

BHA supports bi-partisan efforts now underway in the senate to restore LWCF through the introduction of S. 338. We also support legislation previously introduced through the HUNT Act and “Making Public lands Public” initiatives, which would dedicate a small percentage of LWCF to providing public access to inaccessible, landlocked public lands.

On June 25th Idaho BHA member Derek Farr will to travel to Washington DC share BHA’s express support for the conservation funding that helps keep our traditional hunting and fishing heritage alive. Derek will meet with Senator Crapo to thank him for his support of the Clearwater Basin Collaborative’s recent Agreement and Work Plan which, among other important issues, recommends permanent legislative protection for 500,000 acres of USFS land and 170 miles Wild and Scenic River protection. In addition, Derek will meet with Senators Crapo and Risch, as well as Congressmen Labrador and Simpson to underscore our support for full funding of LWCF.