How to Make Tallow

Tallow is rendered animal fat and it is great for baking, soap making, frying and can be used in any number of beauty products such as beard oil, hair conditioner, lotion, or lip balm. It is really a gold mine if you know how to use it, and it makes use of a part of the animal that may otherwise get discarded during processing. I like the idea of giving use to as much of the animal as I can, and it reminds me that the product will have an echo of the place it was harvested.

To start, you will need the raw fat that was trimmed off of your harvested animal when you processed it.  You want the fat to be fairly meat free but don't sweat it if there is some here and there. 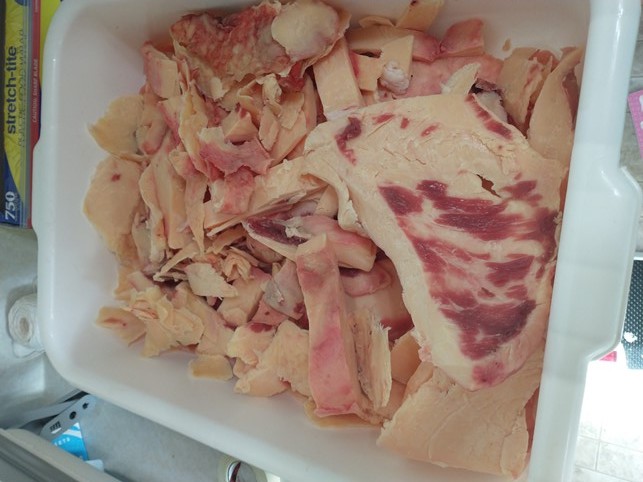 Next you can either grind the fat or chop it with a knife. The goal is to increase the surface area so you get a good render of your fat. 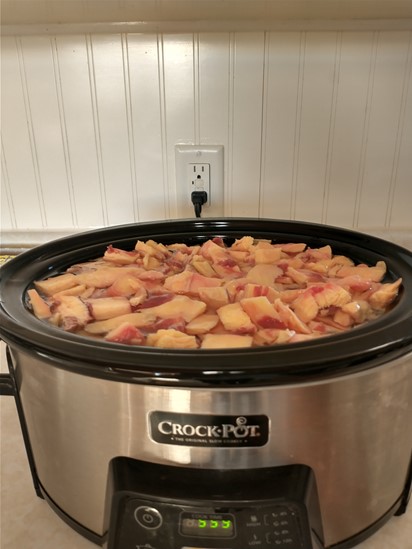 After your fat is prepped, place it in a crockpot and cover it with water. I filled my crockpot to the top with fat and then added enough water to cover/ float the fat. Next turn your crockpot on low and let your fat render. I let mine cook for about 12 hours. You will be able to tell when the fat is rendered when the pieces are opaque and squishy. 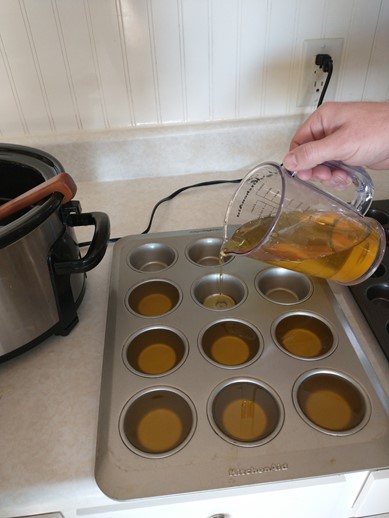 Now turn off the crockpot and cool your rendered fat to a handleable level, then scoop the pieces out with a large spoon or ladle, strain the pieces through a fine mesh sieve, squeezing and pressing the pieces.

Now that the rendered fat is solid, pull it out of the bowl, discard the water under the fat, and scrape the bottom of the fat to remove any particles and remnants you don't want in your tallow.

Next (you will do this step twice) put your solid fat back into the crockpot with two cups of clean water. You want to heat the fat back up to melt it and let any remaining particles sink down into the water or on the bottom of the fat. After the fat is melted, turn off the crock pot and carefully ladle the fat out into your vessel of choice. I chose muffin tins because they are a great single serving size and I won't have to carve a hunk off  if I were to freeze all of the rendered fat in one bowl.

Now you have a clean mild smelling chunk of tallow which has hundreds of uses. I will be making soap and frying taters with mine, and dreaming up other uses as well.

About Megan Mclean
share on
See other posts related to Wyoming BHA wyoming Field to Table
Get the latest news and stories, right to your inbox.
Search
Local Chapters