How To Make A Smoked Ham With Wild Game

Whether a grizzled veteran hunter or relatively new to pursuing sustenance from the backcountry, we share a common desire for comradery and to impart our experiences to others. While some endeavors are best undertaken in solitude, the foundation of the North American Model of Wildlife Conservation is reliant on the efforts of sportsmen and women in passing along their experiences to ensure the future of hunting, and thereby assure the continued support for our wild places and wild creatures. In a time where large proportions of people reside in urban environments, and an increased proportion of communication is shared through digital mediums, retaining the ability to touch people personally and diplomatically is becoming increasingly vital. 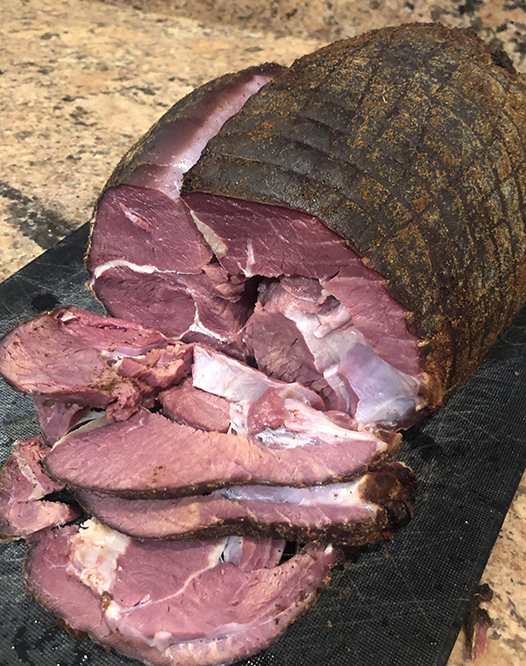 One of the most diplomatic efforts sportsmen and women can undertake to recruit, retain and reactivate people to hunting is through the preparation of good wild food. Visually pleasing and familiar foods have an impact that can quickly break down preconceived barriers and warm folks to the idea of securing game from our public lands and waters. A smoked ham, harvested from game taken afield, then carefully prepared in the hunter’s home, is an impressive meal that will feed the eyes, satisfy the palate and inspire conversation. Ham is communal food. It’s ideal as the centerpiece for a meal amongst friends and is easily packaged to share with others.

While ham is commonly made from the smoked hindquarter of a pig, beautiful tender ham can be prepared from deer, antelope, bear or just about any game animal with a large hindquarter. The steps required to produce a great ham are pretty simple but require a little patience while the ham cures.  Ham can be prepared boneless or made from a visually impressive ‘bone in’ hindquarter. The only special equipment needed is about two weeks’ worth of space in a refrigerator, a few hours of access to a smoker and a meat thermometer. While your ham is curing, use the time to prepare a guest list of folks with varied outdoor experience and plan a great evening of conversation. 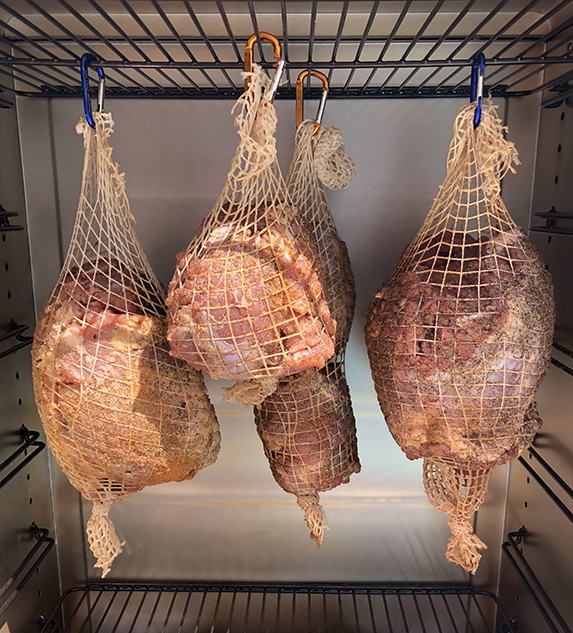 Life member Jim Hasley served as Treasurer in the Southeast Chapter and is a Florida Chapter plank holder having served as Vice Chairman. He’s been plying the woods and waters of Florida and the Southeast for decades; he loves family, friends and food.