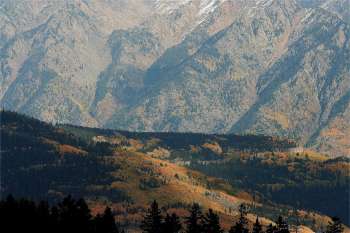 The following letter from CO BHA Board Member, David Lien was published by the Durango Herald, April 6, 2014.

Recently, the Backcountry Hunters & Anglers held their North American Rendezvous in Denver, where some 300 members from across the country celebrated BHA’s 10-year anniversary. The protection of backcountry habitat for elk and other wildlife, in places like the Hermosa Creek Watershed near Durango, is the driving force behind BHA. U.S. Rep. Scott Tipton, R-Cortez, joined us in Denver and talked about fishing the Western Slope’s many streams and rivers, and how his Hermosa Creek Watershed Protection Act will help preserve some of those waters for future generations.

Hermosa Creek is Colorado’s largest unprotected roadless area and can be accessed just a few miles from downtown Durango. The Hermosa Creek Watershed – named for the Spanish word meaning “beautiful” or “gorgeous” – harbors a native cutthroat population surrounded by some of the best backcountry big-game habitat in Colorado. I hunted elk for the first time in this region, and as most hunters know, to find the biggest and longest-lived elk and other big game, you have to find the best habitat: wilderness and roadless areas. The lands and water protected by the Watershed Protection Act will preserve such habitat. As longtime Southwest Colorado outfitter and hunting guide Mike Murphy said, “This is a place where elk still die of old age.”

The Hermosa Creek legislation was jointly introduced in both houses of Congress in April 2013 (by Sen. Michael Bennet and Rep. Tipton). Recently, Tipton successfully ushered his bill through the House of Representative’s Subcommittee on Public Lands and Environmental Regulation. When enacted, the bill will be the first of its kind to protect an entire watershed as an intact ecological unit. Hunting and fishing are traditional American values and activities that bind families and friends in healthy, outdoor activities. But without habitat and healthy game, the sporting endeavors fail to exist. Habitat equals opportunity, and sportsmen support protecting some of the best of the best in the Hermosa Creek watershed.