OPINION: The Smith River: A truly Montana experience, thanks to LWCF

By Corey Ellis and Julie Mackiewicz - June 4, 2018 - Originally published in the Missoulian.

This spring we were fortunate enough to spend five days floating the stunningly scenic Smith River. It was a much-needed escape from the daily grind, filled with incredible food and conversation, beautiful and changing landscapes, and new friendships. All in all, it was an unforgettable experience – and it would have been a very different experience without the Land and Water Conservation Fund. 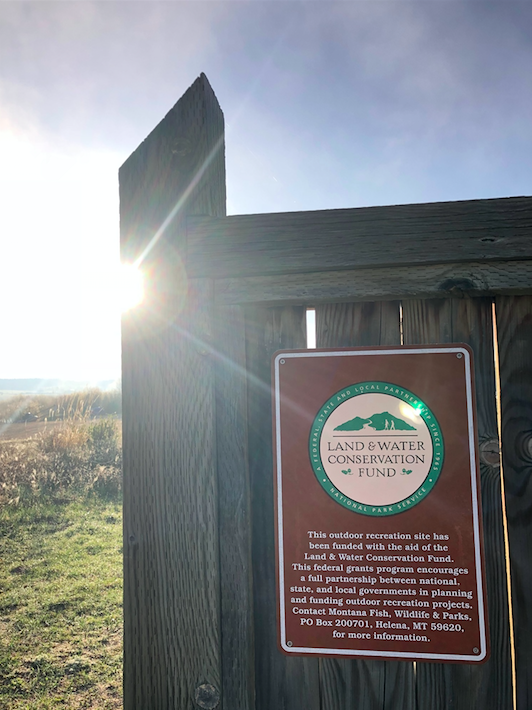 LWCF is the nation’s most important public access and conservation program. Without action by Congress to reauthorize it, it’s set to expire in September. Funded by offshore oil and gas royalties – not taxes – the program can potentially be funded at $900 million annually.

The LWCF has two goals – conservation and access – and our float down the Smith was enhanced by both.

As we made our way down the Smith we stopped and looked for morels and shed antlers in the Lewis and Clark National Forest, including on the Tenderfoot Creek acquisition that was purchased with LWCF dollars and added more than 8,000 acres of deer, elk, bear and wild trout habitat, as well as prime public access, along the river.

LWCF provides opportunities that ground Montana’s massive outdoor recreation economy. The $580 million in LWCF funds that have been spent in Montana since the program’s inception in 1965 support the state’s $7.1 billion in annual consumer spending on hunting, fishing, wildlife viewing and other outdoor forms of recreation. For example, as we packed for this trip, we found it necessary to replace much of our gear. We bought waders, sleeping bags and tents. We purchased freeze dried food, camping utensils, and hunting and fishing licenses. We stopped for coffees and gas along the drive to and from the river. Some of our party stayed in hotels the night before we launched, we happily paid float fees, and we met some of our party at Bar 47 in White Sulphur Springs for beers and dinner. We spent more than $1,000 in preparation of our Smith float, and we were just one of 10 parties to launch that day. LWCF dollars open access and add public lands, serving as multipliers that spread throughout Montana’s small, rural communities, providing jobs and tax revenue.

It’s time for Congress to act on behalf of Montanans and all Americans and permanently reauthorize and fully fund the Land and Water Conservation Fund. Please join us: Call and write your members of Congress and urge them to permanently reauthorize and fully fund LWCF. LWCF’s effect on our quality of life is undeniable. If you live here, chances are you float, hike, hunt, fish, swim or play sports on something made possible by the LWCF. The program is too valuable to all Montanans to allow it to sunset. It’s time to do the right thing.

Corey Ellis and Julie Mackiewicz are active members of Backcountry Hunters & Anglers and live in Missoula.