Turkey Season recently wrapped up in the Southeast, and with it closed the first ever Gobblers and Garbage competition.  The Southeast Chapter wanted to incentivize folks to get out and chase birds, stewardship of the land, and true to BHA fashion, FUN! 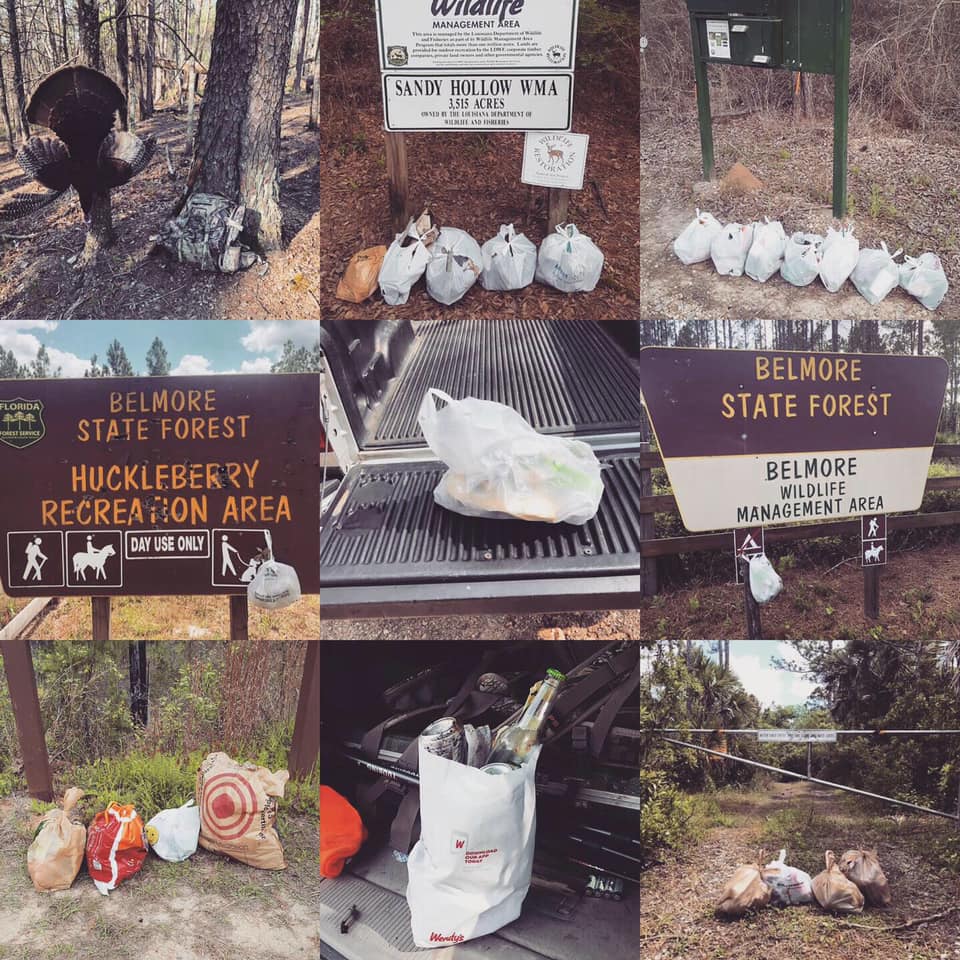 The Why Behind The What

Former Southeast Chapter Chair, current North American Board Member and master mind behind G&G Jeff Jones had this to say about the event:

The Southeast Chapter covers a very large territory, and our members are widely spread throughout the region.  We wanted to create an event that any member could participate in, no matter where he or she lived, and the event needed to tie directly to some sort of tangible improvements to our public lands.  Gobblers and Garbage was born from that idea.

Realistically, if you look at turkey harvests on public lands in the south, most folks walk around most of the day without harvesting a bird.  It's pretty easy to add a few plastic grocery bags into your turkey vest and pack out a few bags of beer cans, balloons, and snack wrappers since most of the vests are leaving the woods without a turkey anyway.

Here Are The Basics Of How It Worked:

The SE Chapter will host our Inaugural Gobblers & Garbage. On 3/1 through 5/15 we will hold this. Try to kill a turkey while picking up some trash; there’s plenty out there.
-How It Works-
Kill a bearded turkey measure the beard to the nearest ½” & send us a photo. To get points, pick up a standard grocery bag of trash & send us with the photo. Multiply beard length by 1 (beard length x bags of trash). You MUST pick up trash to earn points on a kill. Points ONLY awarded for picking up trash.
-Example 1- Jeff is hunting TVA land in Alabama. He gets 2 bags of trash, but doesn’t kill a turkey, as Jeff is a bad hunter. =2 Points
-Example 2- Julianne is hunting on a WMA. She collects 2 bags of trash. She also kills a Tom with a 9.5” beard. 9.5x2=19 Points

Jeff Jones continued on to say “We can look back on this as being a very successful event that could be duplicated in any part of the country:  over the course of about 10 weeks our members removed 250 individual bags of trash that we estimate to weigh over 700 total pounds from our public lands.  Many of our hunting areas were much cleaner by the time this event was over.”  The Southeast chapter looks forward to continuing to iterate this competition and to work with partners to spread the ethos of it far and wide in the years to come.