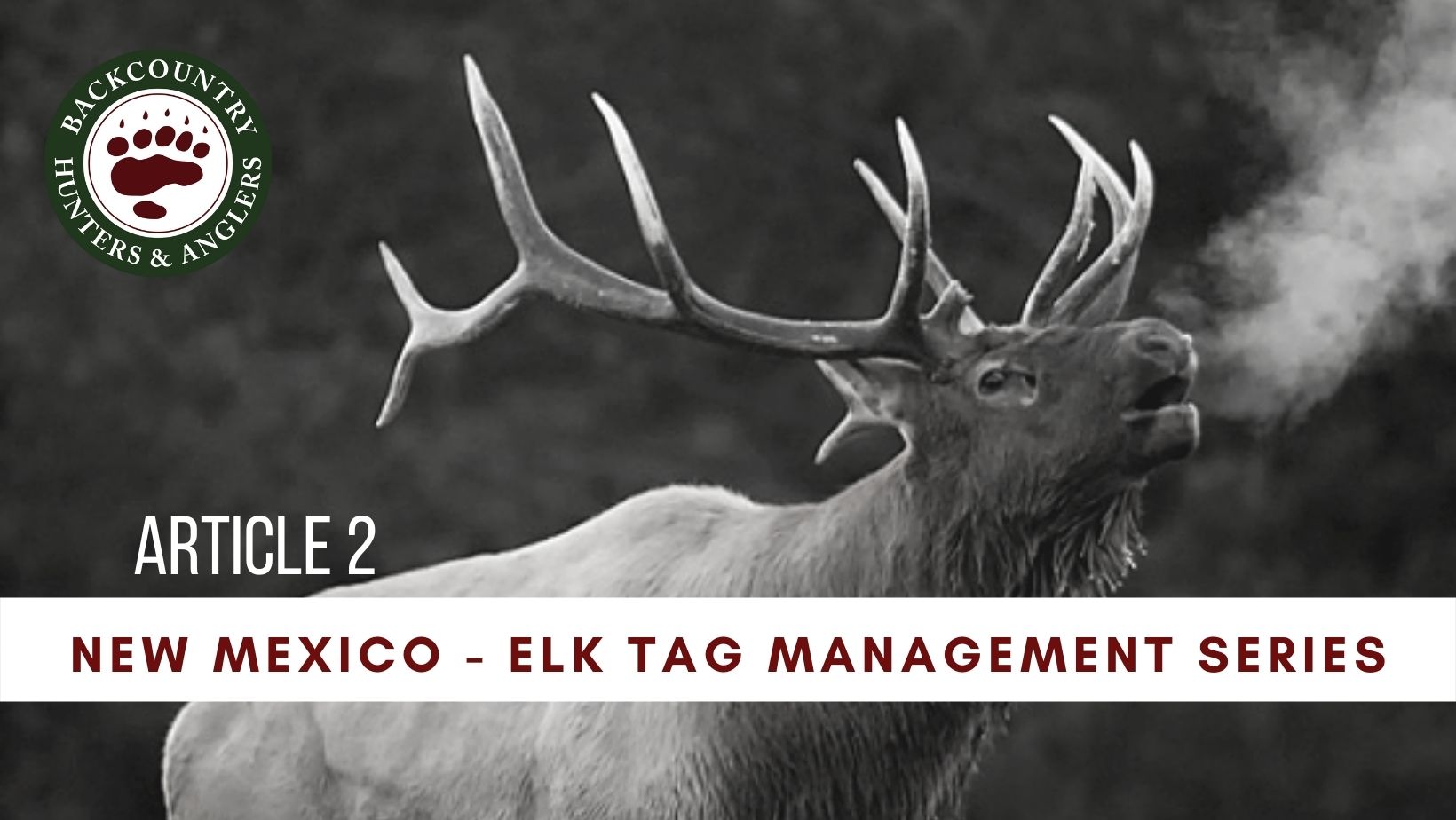 (Second in a series)

Most western states have a “private land” program for elk hunting, but New Mexico’s EPLUS – the Elk Private Land Use System – is arguably the most liberal landowner tag allocation in the West.

It’s no mystery why New Mexico has such a program. The big question is why does it operate the way it does. And more to the point: What can be done to change it?

The basis of EPLUS is clear. The state Legislature in 1989 passed a law that says flatly: “The director of the department of game and fish shall issue landowner permits for the lawful taking of elk in accordance with regulations of the state game commission.”

Theoretically the Legislature could amend the law, or even toss it out completely. Arizona, for example, doesn’t give away big game tags to landowners. That’s not likely in New Mexico. The original legislation passed unanimously more than 30 years ago, and convincing a majority of both the New Mexico House and Senate to take the law off the books, then getting the Governor to sign the bill, would be a huge political challenge.

The law could also be challenged in court. Some hunters have suggested that EPLUS violates the state’s Anti-Donation Clause (Article IX section 14), which says the state cannot give away something of value (with a few limited exceptions). The reason why no one has tried that route before is that a legal challenge would be tremendously expensive with no guarantee of success. (NMDGF officials have stated in the past that EPLUS is merely giving landowners a piece of paper – an authorization – that has no value, and that the landowner creates the value by selling it. So far no one has challenged that stance in court.)

But there is one potential avenue for revamping EPLUS to more equitably allocate elk tags to New Mexico hunters, both resident and non-resident. Although state law requires NMDGF to issue landowner permits, it gives the State Game Commission the power to regulate that program.

Over the years, the Game Commission has approved thousands of regulations on everything from elk and deer hunting to managing NMDGF volunteers, outfitter registration and endangered species. Many hunting regulations come up for review every four years, such as the Elk Rule, the Deer Rule, the Migratory Bird Rule, etc.

EPLUS has its own rule, and the Game Commission is expected to bring it up for review in 2022. The Commission has the authority to amend the EPLUS Rule however it chooses. But past commissions have also had that power and they have refused to make substantive changes in how the program works.

The reason why is simple: politics. All game commissioners are appointed by the governor, and while they are supposed to be independent, many commissioners have been removed for going against the wishes of a governor – or her powerful supporters.

The last EPLUS review was in 2018. At the time, commissioners had been appointed by then-Gov. Susana Martinez. They made some significant changes in the program, including some that NM BHA supported. Unfortunately, none of the changes resulted in additional elk licenses going to public land hunters.

The Commission did, however, revamp the program to be more scientifically based. The changes created a system for grading individual ranches on the biological value of the elk habitat they provide. According to NMDGF, the new grading system is meant to be “biologically founded; simple and consistent; defendable; captures intent of the rule; and recordable.”

The result was that a substantial number of small ranches were weeded out of EPLUS for failing to provide adequate benefit to elk. All those tags were then distributed to the ranches that remained in the program.

But EPLUS remains a complicated and expensive program for NMDGF to administer. It will be interesting to watch the current Commission when it opens the EPLUS Rule in 2022. Commissioners could decide to revise EPLUS – for example, finding ways to recognize and reward landowners for providing good elk habitat that didn’t involve giving away elk authorizations for private landowners to sell. They could also make other changes that increase the number of elk tags that go into the Big Game Draw. And of course, they could simply leave EPLUS alone.

NM BHA believes it is crucial for New Mexico hunters to know how EPLUS works in order to give informed opinions during the Game Commission’s EPLUS review in 2022. We will explore exactly how EPLUS puts thousands of elk licenses into private hands in the next several installments of our series.