Springtime in North America is a special time for mushroom enthusiasts. With warmer temperatures, one of the most delicious and coveted of edible fungi start to cryptically emerge from the forest floor: morels. Morels grow in many areas across North America, but they are notoriously and frustratingly finicky about where they will grow. Some species of morels are associated with certain trees, such as cottonwoods, but even looking in the right places doesn’t mean you’ll find any of these delicious but elusive mushrooms. They have a knack not only for blending in incredibly well with their surroundings, but also for only very loosely following a pattern of where they tend to grow. Often, morel pickers leave the woods with only a handful of these little gems if anything.

But mushroom pickers in the west have an advantage because here there is a species of morel that will actually fruit reliably and abundantly, burn morels. 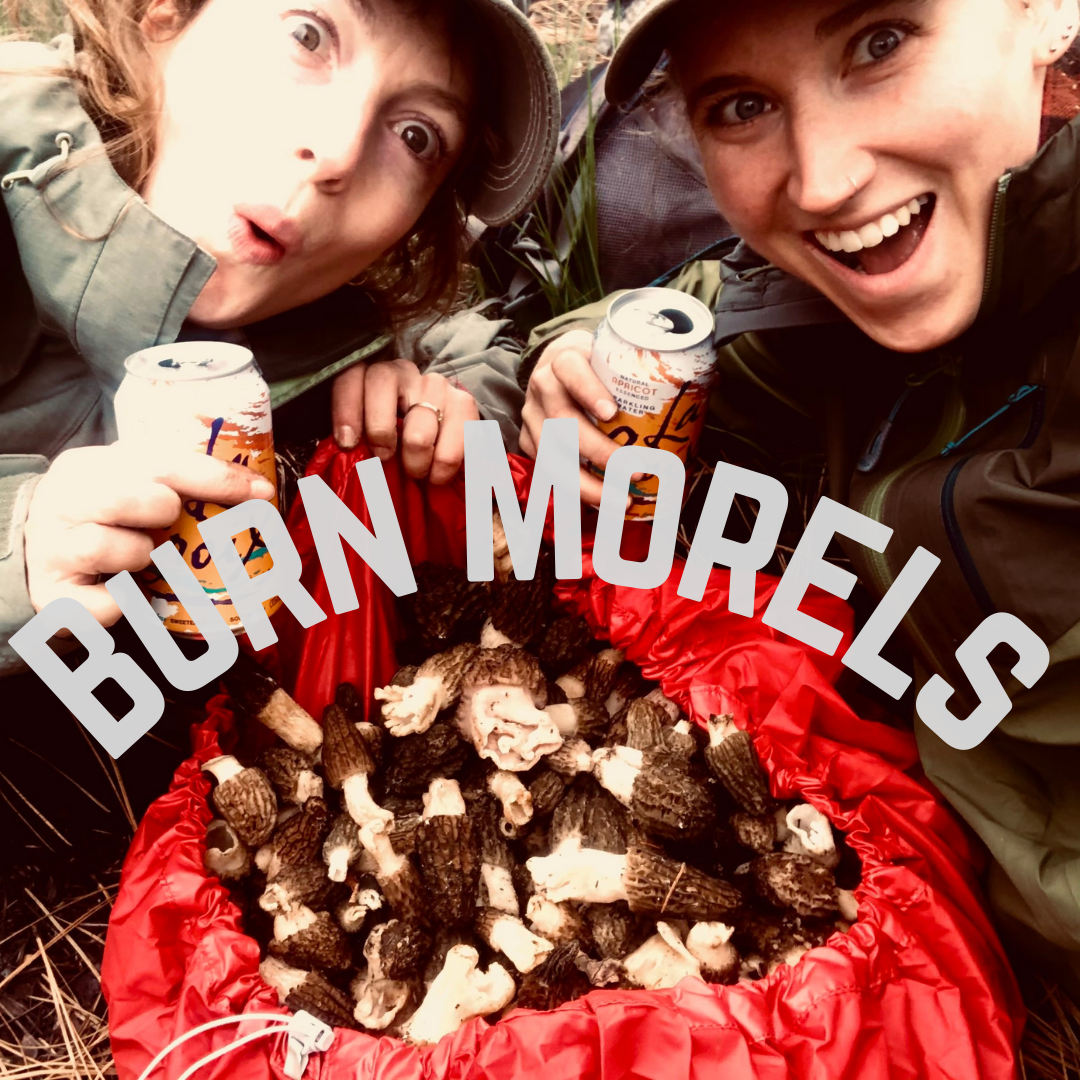 Unlike other kinds of morels, burn morels thrive in forests that burned the previous summer, emerging from blackened soil as one of the earliest signs of life returning to severely burned areas. And the crops can be legendary. Pounds of morels gathered in just hours. But despite their more reliable and abundant numbers, burn morels are a mystery to science. No one knows exactly what it is about a freshly burned forest that triggers the underground web-like portion of the mushroom, called mycelium, to pop up their fruiting bodies. Theories have been floated that it’s the change in soil chemistry following a fire, a sudden influx of nutrients from minerals released from burnt trees, the greater physical ability of the mushrooms to grow without the thick duff layer of an unburned forest, or perhaps it’s a loss of food. But even there, scientists don’t know exactly how burn morels eat. Are they decomposers or, like many other species of morels and mushrooms in general, dose their mycelium link into plant roots where they exchange nutrients for sugars from the plant? Who knows, but for us morel hunters, burn morels are a perk of western fire ecology and usually what we want to know is how to find the most morels when it’s springtime in fire country. Luckily, a 2016 study sheds some light on burn morel abundance and growth patterns.

The study, conducted by a team of scientists from Washington, Montana, and Utah, took advantage of an area in Yosemite burned the previous year. They established 1,119 circular plots about 3 feet in diameter to sample everyday for a week starting in peak morel season. By the end of the week, they had found 595 morels in %17.8 of the plots. The other %82.2 of plots had no morels. What they found was that morels did not grow in plots that were less than %50 burned- they liked spots that had burned to a crisp, and they also found that morel occurrence was autocorrelated up to 23 feet. In other words, look for areas that burned completely and if you find one mushroom, scour the surrounding area closely, there are likely more mushrooms there. Why morels grow in these relatively small patches is unknown but the researchers speculate that a number of conditions have to be just right for morels to fruit including moisture, soil temperature, presence of morel mycelium before the fire and, tree species present before the fire. With so many conditions having to be just right in one spot, the result is that only small patches of a burned forest floor are capable of producing morels.

Living with wildfires can be challenging, but for mushroom hunters bumper crops of burn morels help offset some of the hardship. Let these little forest mushrooms be a reminder that in fire adapted forests of the west, periodic burning is an important cycle to the health of our forests and species richness.

About Carmen Vanbianchi
share on
See other posts related to Washington BHA Washington News embers ecology
Get the latest news and stories, right to your inbox.
Search
Local Chapters