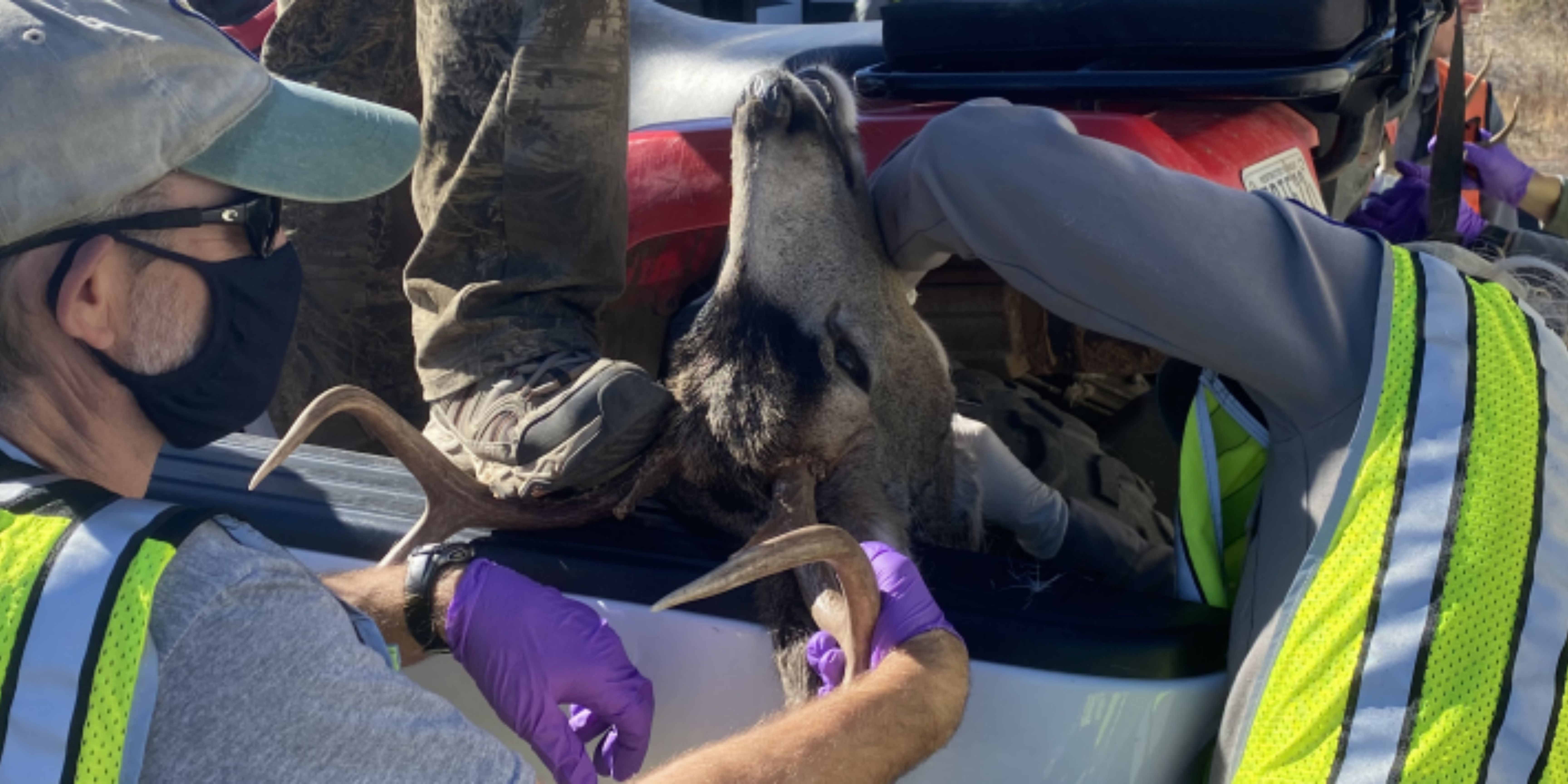 Just four months from the addition of new rules to help prevent CWD from entering Idaho, the news that Chronic Wasting Disease (CWD) had been found in western Idaho--making it the 28th state with CWD, came as a bigger surprise, than the news would have been, had it come from the various locations closer to western Montana. Shockingly, the news that CWD was found close to the Oregon border, has Washington and Oregon wildlife agencies concerned. Neither Oregon, or Washington has had a recorded case. See Map.

CWD is a Prion (Pree-on), disease, transmittable through animal-to-animal contact, and indirectly through contact with objects in the environment, or infectious material (including saliva, urine, feces, and carcasses of CWD infected animals). Think Mad-Cow disease, or Crutzfeld-Jacobs disease in humans. CWD infected body parts are Lymph Nodes, Brain and the spinal column.

Why this is Concerning

This case is closer to Oregon, than other states. There are no known cures or vaccines. Currently, each state is responsible for the surveillance, and strategies to fend off, or manage CWD. A number of wildlife agency reports have concluded that this is an International-crisis threatening cervids around the globe.

As Oregon’s cervid population (primarily mule deer), have been in decline, and other diseases besides CWD, have touched eastern Oregon’s whitetail deer, with Blue Tongue and Epizootic hemorrhagic disease (EHD), with shocking results.

Wildlife agencies have many concerns, as it’s believed that these Prions can exist in the environment indefinitely. Oregon banned artificial lures, Also, a lack of long-term studies on the potential transmission to livestock, carnivores, and humans.

Much like SARS-CoV-2, the animal-to-human barriers are understudied, and are troublesome to many wildlife biologists and epidemiologists.

Researchers have lacked a cohesive national plan, and resources from the Federal government for research and management have been lacking.

December, the CWD Research and Management Act (HR5608), passed in the U.S. House of Representatives, with a 393-33 vote, shows broad bi-partisan support for our nation’s wildlife. Arriving December 9, in the U.S. Senate, It now is awaiting a vote. This bill directs the Department of Agriculture (USDA) to address chronic wasting disease. $70 Million annually, will be disbursed to the states-half for research, and half, for management. Priority will be given to states with existing surveillance plans, or highest threat of emergent cases.

What can Hunters Do

Planning to hunt another state?

Many states have regulations to limit the spread of CWD that effect how hunters can transport their harvest. As of Jan. 1, 2019, it is illegal to transport deer, elk, or moose parts containing central nervous system tissue, into Oregon, from any other state or province.

Side Bar: Where to Learn More

www.WAFWA.org A 2016 Western Association of Fish and Wildlife Agency publication (WAFWA), has a comprehensive report on managing CWD across the west.