CWD In Tennessee: How Hunters Can Help

CWD (Chronic Wasting Disease), which is virtually undetectable with the human eye, has been found in deer in Tennessee since 2018. Unlike Blue Tongue or Fibromas, CWD can persist in a herd without any noticeable sign to the average outdoorsman, -woman or other deer. This makes it especially pernicious and harmful, and CWD has been shown to be linked to declines in herd signs in states where it has existed for long periods of time.

As of now, no evidence shows whether or not CWD can be transmitted to humans through the eating of venison. If it were transferred, it is likely that the symptoms would be similar to Mad Cow Disease. 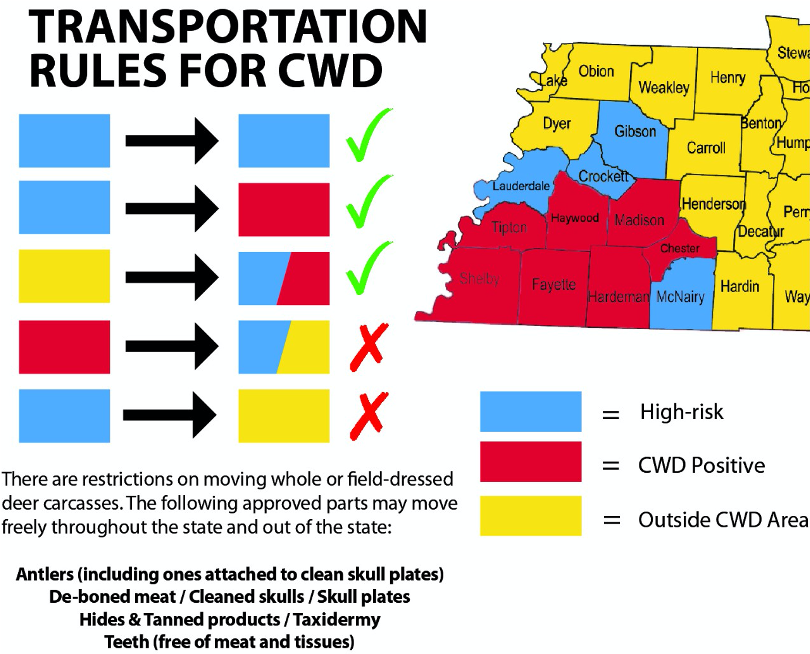 In an attempt to mitigate the damage of CWD to Tennessee’s deer herd and prevent its spread throughout the state, the TWRA has created Unit CWD, which consists of the following counties:

Unit CWD functions like other units, in that it has its own season dates and bag limits. Additionally, it is divided into Positive counties and High-Risk counties, which have different carcass transportation rules than each other and other units. They also share a list of feeding restrictions. Positive counties are those with confirmed cases of CWD.

In addition to the creation of Unit CWD and the enforcement of carcass transport rules, the TWRA has implemented two programs designed to encourage the harvest (though not the consumption) of CWD-positive deer from Unit CWD.

-Earn-A-Buck: For every two antlerless deer harvested in Unit CWD that have been submitted for CWD testing, a hunter earns the right to harvest an additional antlered deer in Unit CWD. 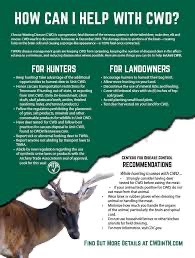 -Replacement Buck: If a hunter bags a buck in Unit CWD that tests positive, that buck will not count towards the hunter’s antlered limit in Unit CWD.

Regardless of what unit you hunt in, all Tennessee hunters can contribute to stopping the spread of CWD by having their deer tested at a testing station. You can find a list here: https://www.tn.gov/content/tn/twra/hunting/cwd/cwd-test-locations.html#cwdsamplemap.

To aid in preventing the spread of CWD in Tennessee, the TN chapter of Backcountry Hunters and Anglers is holding a contest and raffle that members can enter based on the number of legally harvested deer they submit for testing.s

share on
See other posts related to Tennessee News tennessee issues
Get the latest news and stories, right to your inbox.
Search
Local Chapters