Conserving the Boundary Waters: H.R. 5598 and the Twin Metals Mine

In the fall of 2019, Sportsmen for the Boundary Waters and Backcountry Hunters & Anglers took a trip to Minnesota’s Boundary Waters Canoe Area Wilderness and to Twin Metal’s proposed mine site on Birch Lake. We explored the public lands within the Superior National Forest that would be sold off and forever changed by development — just a few miles from popular Boundary Waters entry points along the South Kawishiwi River. 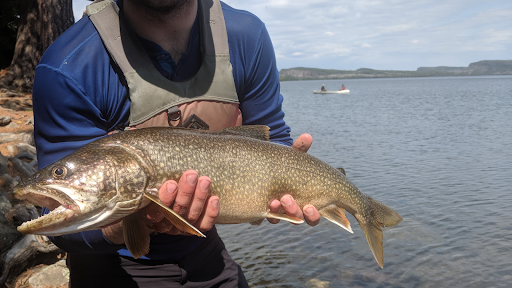 The author with a Lake Trout, BWCA

Earlier that summer, I had led a trip of high-schoolers into the BWCA from one of those exact entry points. It was a group from Big City Mountaineers, a nonprofit that works to bring new people outdoors. As we paddled from the boat launch, further from the road and toward the backcountry, I watched as the kids on the trip became more attuned to their canoes, the water, and the wilderness around them. I thought of my first trips to canoe country, how lucky I was that someone stuck a paddle in my hand early on, how as Americans we are guaranteed access to places like the Boundary Waters no matter where we come from or who we know.

This thought stuck with me as an older, more solemn group of us dipped canoes in the water at the end of a portage, crossing the invisible line that separated the parking lot and the road from the Wilderness. We were on the Kawishiwi to fish, hunt, paddle and explore, but not just for enjoyment. We were here to learn more about this proposed mine and to see first-hand the impact a copper-nickel mining project would have upstream of America’s most-visited, water-based wilderness area. The fishing was slow during our fall trip in the BWCA, but we passed a couple spots where I knew we could find smallmouth on beds again come spring. 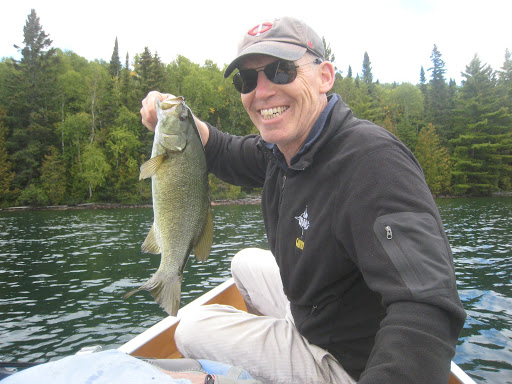 After leaving the wilderness area we made a point to head down the river toward the mine site itself, using motorboats from a nearby third-generation fishing lodge across the South Kawishiwi River from the proposed mine site. 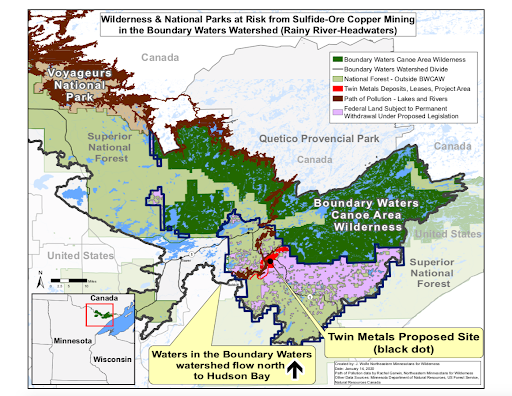 Mallards fed on beds of wild rice on the banks of the river, completely oblivious to the mineral leases that lay directly underneath them. These leases would be developed into an industrial-scale copper-nickel mine if Twin Metals had their way. Sulfates, a byproduct of hardrock mining, have been shown to hinder wild rice growth in wetlands across Minnesota. That wild rice is food and habitat for waterfowl across Minnesota.

I looked at a crash campsite and fire grate on one end of a bay where we pulled in, where the mine’s tailings storage facility would be located mere feet from the water. In 2018, a friend and fellow BHA member, Levi Lexvold, and I had found a small cookfire smoldering on the rocks there while paddling by. We pulled over and threw water on the ashes. This can land you a hefty fine inside the BWCA, but here, outside the wilderness, regulations are relaxed. Unfortunately, the invisible line that separates the wilderness from the outside world can’t stop external pollution from getting in. 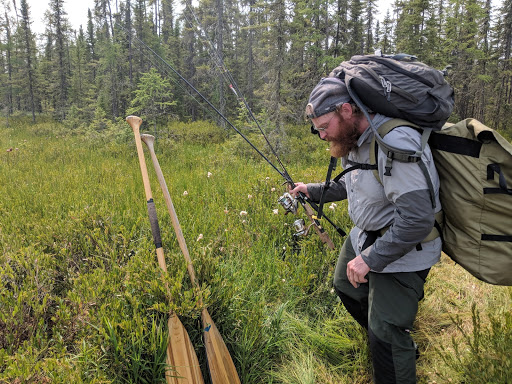 Levi Lexvold on a portage in the BWCA

From here, water flows from Birch Lake into the South Kawishiwi River, then north from the mine site back into the BWCA. Downstream of the site, lakes, rivers and interconnected wetlands transport water throughout the Superior National Forest into the BWCA, Canada’s Quetico Provincial Park, and Voyageurs National Park. These places represent a range of different opportunities to hunt, fish, and recreate on public lands and waters, from weekend fishing trips to two-week paddle routes through the wilderness.

The best way to protect the entire Rainy River watershed is an outright removal of hardrock mineral leases from development, while establishing a framework where iron mining, logging, and development can take place in the Superior National Forest without polluting the BWCA. This is the goal of H.R. 5598, the Boundary Waters Wilderness Protection and Pollution Prevention Act. introduced by a bipartisan group of legislators in the House Natural Resources Committee in January of 2019. This area includes the proposed Twin Metals mine as well as over 40 other pending hardrock mineral prospecting permit applications in the watershed of the BWCA.

share on
See other pages related to the campfire blog
Get the latest news and stories, right to your inbox.
Search
Local Chapters