Beginning in 2004 with a pending lease sale of 175,000 acres, sportsmen, conservationists and community members organized to express concerns about the sale. In response, the U.S. Forest Service pared the sale down to 44,720 acres, which continued to be contested by Wyoming Game and Fish Sportsmen for the Wyoming Range, Trout Unlimited, Wyoming Wildlife Federation and many others.

In 2006, the 44,720 acres of leases were suspended by the BLM and not long thereafter Senator Barrasso introduced the Wyoming Range Legacy Act, which successfully passed Congress in 2009 and withdrew 1.2 million acres in the Wyoming Range from future oil and gas development. The legislation also allowed indivduals and organizations the authority to buy back contested leases on some 75,000 acres. While the passage of this legislation protected large swaths of backcountry habitat, the 44,720 acres of contested leases remained. As part of a large coalition of sportsmen, BHA weighed-in with a letter urging these leases to be cancelled.

To this day these leases remain in limbo, despite a growing body of case law which, in a nutshell suggests that because the leases were issued without an adequate NEPA review, they are either void or voidable. 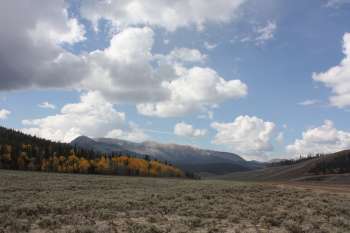 While much of the land surrounding the 44,720 acres of leased habitat in question has been withdrawn from energy development by the Wyoming Range Legacy Act, the heart of the issue the contested area remains fiercely controversial. The area in question is popularly known as the 44-7.

As put by Sportsmen for the Wyoming Range “The 44K area of the Wyoming Range provides premier hunting and fishing recreational experiences in the West which generates millions dollars in economic return to Wyoming and the nation. The 44-7 area provides high quality habitat, and thus hunting grounds, for a full suite of big, trophy and small/upland species including mule deer, elk, moose, black bear, lion, ruffed grouse, blue grouse, cottontail rabbits and snowshoe hare. Tens of thousands of hunting related wildlife recreation days are expended in the 44-7 area, generating several million dollars in economic return annually.”

According to the Wyoming Game and Fish, in 2011 approximately 4,521 hunters harvested 1,232 big/trophy game animals within the 44-7 area. Hunters spent approximately 35,992 recreation days in the field, creating $1,832,372 in economic returns with in the 44-7 area. As local outfitter Dan Smitherman put it “People don't pay money to look at landscapes covered with well pads devoid of wildlife and air that has a brown tint to it.”

Wyoming has certainly had its fair share of public land energy development, but as Daniel rancher J.J. Healy put it “we will take our fair share of the energy burden, but not all of it - that only seems fair.” While Wyoming BHA recognizes the need for energy development on public lands, we also recognize that some our finest remaining backcountry areas must remain off-limits. We simply cannot afford to have it any other way.

The final step in protecting the Wyoming Range is to ensure that the USFS cancels leases on the remaining 44-7. WY BHA believes that the roadless big and small game habitat value and rich sporting traditions that this area provides are the highest and best use of this land. We simply do not support putting this area out to bid for energy development and along with our sportsmen partners, we ask the USFS to choose the “no action” alternative and instruct the BLM to cancel the contested leases in the 44-7.

About Wyoming BHA
share on
See other posts related to Wyoming BHA Wyoming Issues
Get the latest news and stories, right to your inbox.
Search
Local Chapters