The Colorado chapter of Backcountry Hunters & Anglers welcomes a new Habitat Watch Volunteer (HWV) to the team: Michael (“Ack”) Ackerman has volunteered as a HWV for the San Juan National Forest in southwest Colorado.

Fishing and snowboarding were Michael’s path to the great outdoors. “My tumultuous home life fostered frequent escapes to the streams, ponds, fields and thickets defining Boston’s north shore in the late 70s and early 80s,” he said. “I was as feral as they come—out at sunup, home at sunset, in all seasons and all conditions, filling my days with exploration, mischief, creativity and discovery powered by foot, bike and skateboard.” 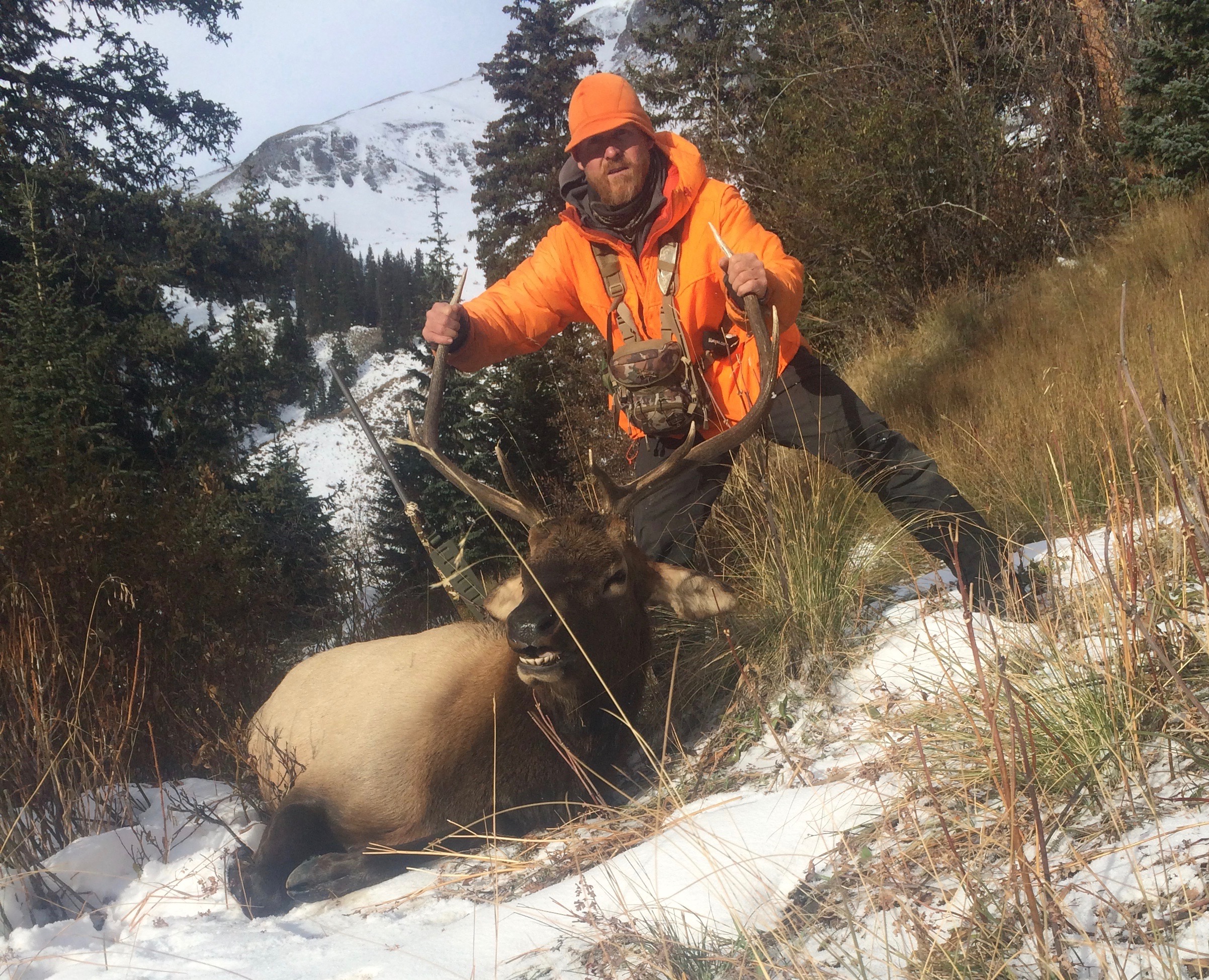 After winning an essay contest in elementary school, Michael canoed with Red Sox great/Hall of Famer, Carl Yastrimski. “Fishing and floating were clearly the gateway drug,” he added. “I have lasting memories of angling with my family, the annual fishing derby at the local pond, early mornings on a fog-cloaked coastal river, dropping lines off shore, escaping to municipal reservoirs to slay smallmouth and take a time out from my challenging home life. To this day, my mom and I still go fishing whenever we’re together.”

He migrated west for college, choosing to pass on hard-earned soccer scholarships and chase the life of a professional snowboarder; long before terrain parks, X Games and Mountain Dew made it all cool. “In the late 80’s/early 90’s, snowboarding was not accepted at many ski resorts,” Ackerman reflects.

“It really was just a way to skateboard year-round. So hiking golf courses and shredding the sledding spots was how you learned to ride. Snowboarding, out of necessity and constraint, was born in the backcountry and my own path, utilizing the hills and slopes of the suburbs and eventually New Hampshire’s White Mountains, forever shaped my future. Once I realized there were peaks out there that you can just go climb and snowboard down, I became inextricably committed to an existence in mountains.”

Additionally, Ackerman has completed extensive training and certifications with the American Avalanche Association, the American Institute for Avalanche Research and Education, the American Mountain Guides Association, Rigging for Rescue and the International Commission for Alpine Rescue. “It’s been a grind, but now I’m standing on the summit of my sector,” Michael said. “But really, summits are only the most obvious place to turn around, so I’m always open and looking for what’s next? Nowadays, I’m focused on being the most competent, human-powered, 4-season backcountry hunter I can become.”

Ackerman serves as Deputy Director of the Silverton Avalanche School, the oldest snow safety training and avalanche education school in the U.S. And he still finds time to pursue personal objectives—working as a professional speaker, writer, testing gear and equipment as a sponsored mountain athlete and volunteering as a trustee for a handful of local non-profits.

Michael hunts elk, mule deer, rabbits and grouse. He’s also a trout and bass angler. “I have recently fallen deeply down the Tenkara rabbit hole,” Michael adds. “I haven’t had much love for traditional, western fly rigs. Tenkara is a great prescription for my ADHD!” His preferred missions are “high altitude trout ponds after the melt, hitting medium-sized rivers following spring run-off and sniffing around micro streams I can reach on bikepacking trips all summer. Whether it’s searching for natives on the edge of the map or ripping lips at the lake, I appreciate fishing in all its forms.”

He primarily hunts big game with a rifle, but is an aspiring archer. Ackerman uses a lifetime of backcountry experience to fill his freezer. He hunts on foot, via fatbike, utilizes packrafts and skis. “Moving fast, light and mindfully in the mountains has helped me achieve so much. It’s amazing what happens when you apply this strategy to big game hunts in the alpine. I feel connected to a much simpler approach to hunting—when athletic endurance, deft and critical thinking skills were essential to your tribe scoring the next wapiti. Albeit, without the aid of a 30-06.”

Steven Rinella’s MeatEater podcast introduced Michael to BHA. “I am honored to take on this role. I am fired up to have an outlet for my want to participate, engage and work for positive change in the natural world,” he said. “I cherish the opportunity to represent this organization; to interface with and listen to the public, serving as an advocate for the San Juans. My needle is pinned to ‘Hell Yeah’ on the stoke meter and I’m ready to tackle this assignment with passion and fidelity to BHA’s mission.

Michael’s favorite “Ack-isms” (from his teaching, writing and public speaking) include: “The ego is not your amigo.” “Mother nature bats last—and she’s often fond of hitting a walk off in the bottom of the 9th.” “Discipline IS Freedom.” “Don’t leave safety to find safety” and “In uncontrollable environments, control what you can control—which is yourself!” He leaves us with a powerful question to ponder: “The backcountry is always telling us a story. Are you listening?” For additional information see: www.michaelackerman.org.

Founded by Mike Beagle, a former U.S. Army field artillery officer, and formed around an Oregon campfire, in 2004, Backcountry Hunters & Anglers is the voice for our nation’s wild public lands, waters and wildlife. With over 40,000 members spread out across all 50 states and 13 Canadian provinces and territories—including chapters in 48 states, two Canadian provinces and one territory, and Washington, D.C.—BHA brings an authentic, informed, boots-on-the-ground voice to the conservation of public lands. Since the Colorado BHA chapter was founded by David Petersen (a former U.S. Marine Corps helicopter pilot) in 2005 (the first official BHA chapter), they’ve grown their boots-on-the-ground presence to some 3,000 dedicated hunters and anglers.

About David Lien
share on
See other posts related to Colorado BHA Colorado habitat watch volunteer
Get the latest news and stories, right to your inbox.
Search
Local Chapters