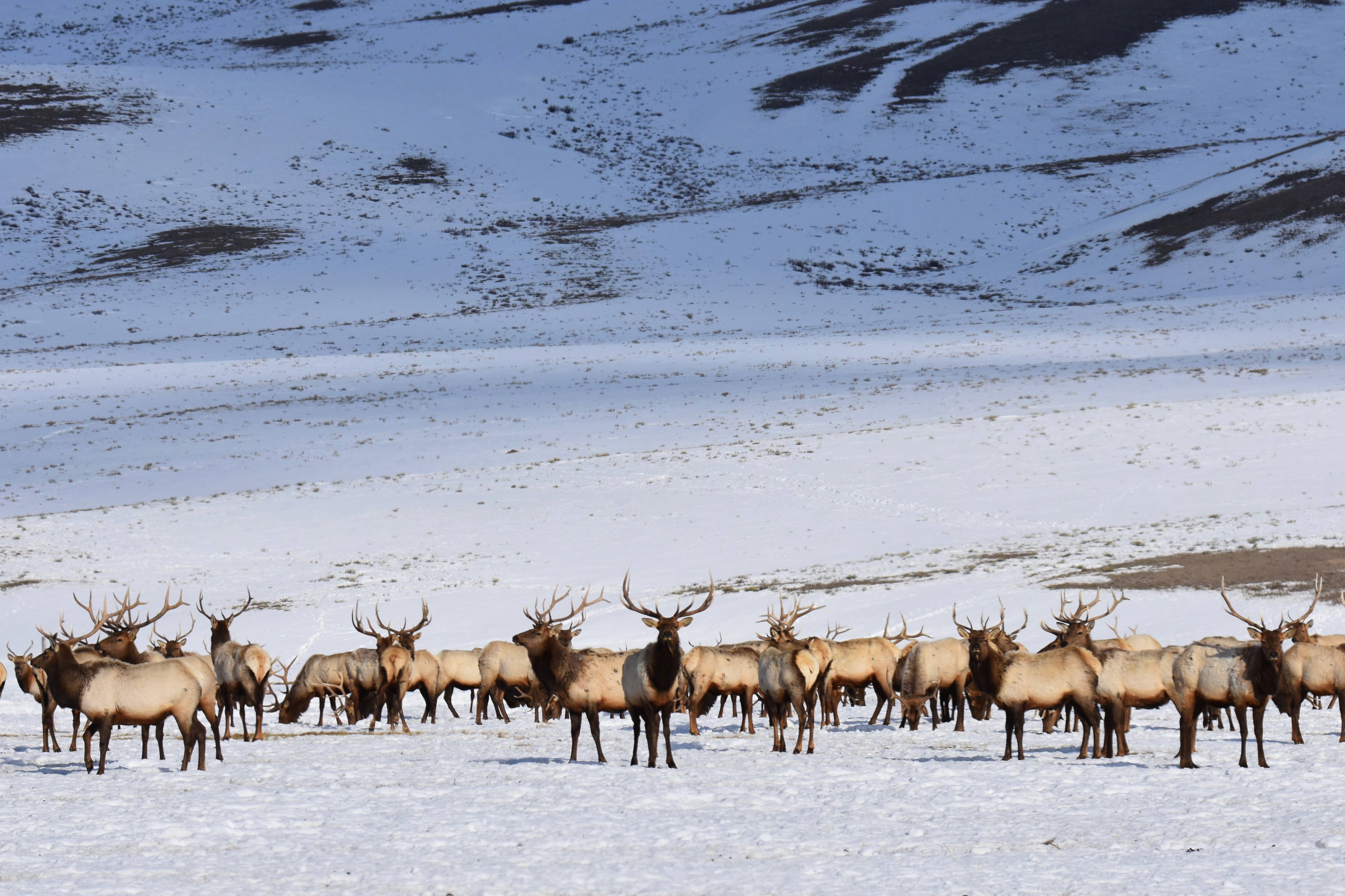 This issue of resident vs. nonresident (and landowner) elk (and other) tag allocations has been a controversial issue in multiple Western states over the years, including Colorado. As a result, during May 2022 the Backcountry Hunters & Anglers (BHA) North American Board adopted a policy statement on hunting license allocation.

In addition, during 2017 the Colorado BHA Executive Leadership Team/Board adopted a position statement on Big Game License Resident/Non-Resident Allocations. Since then, there has been much additional discussion and information made available related to tag allocations. Hence, the information below may be of interest/use currently and/or going forward:

Purpose: The intent of policy statements are to provide a formal mechanism for Backcountry Hunters & Anglers to engage in specific conservation issues while establishing clear policy direction that not only defines the parameters of our position statements but the relevance to our mission. As declarations of policy, statements do not direct specific actions, establish policy priorities or allocate BHA resources.

Sponsored by: Originally proposed by the Kansas, Montana, and New Mexico Chapters of BHA, this statement reflects revisions made by the North American Board of Directors.

North American Policy Statement: Backcountry Hunters & Anglers upholds the North American Model of Wildlife Conservation which states that “government allocates access to wildlife without regard for wealth, prestige, or land ownership,” and that wild game hunting opportunity must be allocated in a fair and equitable manner.

BHA does not support the allocation of state, provincial, or territorial issued transferable and/or saleable hunting licenses or authorizations for any wild game species as compensation. Entitlement to wild game hunting licenses, tags or other authorizations that monetize opportunities on public trust resources for private gain should be disallowed.

The points made are generally still relevant today, especially considering that many Colorado resident hunters are increasingly concerned about the impacts of unlimited non-resident over-the-counter (OTC) tags (in particular) in units where they’re available.

May 2017 Position Statement (It’s acknowledged that some of the information in this Statement may now be dated).

All decisions on license allocations should, first and foremost, be premised on scientific wildlife management data and principles, with conservation of the resource given the highest priority. The recent license allocation discussion(s) occurred after the failure of a funding bill for Colorado Parks and Wildlife (CPW) in the state legislature, with (apparently) some outfitters and agricultural interests offering/proposing that more non-resident licenses equates to more income for the CPW. The discussion appears to be driven solely by the potential financial benefits of the more lucrative non-resident licenses, while science-based wildlife management does not seem to be a consideration.

Colorado currently allocates more licenses to non-resident hunters than any other western state. In the western part of the state, the current draw format stipulates that 20% of the licenses in limited units be allocated to landowners as landowner vouchers. Many of these vouchers are sold with hunting packages to non-resident hunters for significant profits, of which none goes to funding our state’s wildlife department. In addition, with the remaining 80% of available licenses, the allocations are generally 65%/35%, or in a very few game management units 80%/20%, resident/non-resident ratios.

Additional non-resident license allocation would further upend the North American Model of Wildlife Management in Colorado. America’s greatest hunters-conservationist, Teddy Roosevelt, was the forefather of the North American Model of Wildlife Management (NAM). The North American Model, in turn, updates and expands Aldo Leopold’s foundational Land Ethic as laid out in his 1949 classic, A Sand County Almanac. In a nutshell, this concept guarantees that wild game belongs to the people, held in trust by the states. Wildlife in the United States is considered a public good to be conserved for everyone and accessible to everyone, not a commodity that can be bought and owned by the highest bidder.

However, these discussions seem to indicate that some outfitters and agricultural interests are influencing the wildlife commission to move even further away from NAM, toward maximizing profits for these two groups/entities without concern for science-based wildlife management. This agenda has no place within the tenants of the North American Model of Wildlife Conservation. In fact, profiteering from wildlife is in direct conflict with NAM. It represents a throw-back of hunting toward a “pay to play” activity and is a characteristic of the aristocratic society where the nobles and “well to do” are the only ones who have access to hunting-angling and other outdoor recreation opportunities.

Our American heritage is rooted in the tradition that all Americans have the opportunity to hunt and fish for food and recreation. However, these discussions geared toward increasing non-resident license allocations are, in a nutshell, moving Colorado toward ever more layers of privatization of big game hunting opportunity. While we generally support the mission of outfitters and agriculture, setting up a system with a “grab all you can get” agenda is a characteristic rooted in myopic greed, with little or no concern for the resource.

Based on the reasons above, the Colorado Chapter of the Backcountry Hunters & Anglers opposes any changes to big game license allocations that would result in lower resident hunter license allocations. We also request that the Commission conduct a formal survey of other western state license allocations and consider bringing Colorado’s license allocation into line with the averages for these states. Methods should also continue to be developed/emphasized that increase and promote Colorado residents’ participation in hunting, angling and other outdoor recreation.

“The Secret to the Elk and Deer Tags in Colorado.” Public Land Jurisdiction: 3/24/22

Some Colorado BHA members have requested that we consider the issues/concerns raised in the following post and possibly adopt a related/updated policy/position statement: “No State Treats Resident Big Game Hunters Worse than Colorado-Tag Allocation-Hiding in Plain Sight. The Secret to the Elk and Deer Tags in Colorado.” Public Land Jurisdiction: 3/24/22. https://publiclandjurisdiction.com/no-state-treats-resident-hunters-worse-than-colorado/

This information herein is, in general, likely not new to most Colorado big game hunters, but some of the specifics/details may be (assuming the data is accurate, which we ask you to determine for yourself if you have questions/concerns). We’ve also included some of the key points/data in the bullets below.

The post also notes/states (in part): “In March 2021, Colorado finally proposed a Senate Bill, SB 21-150 (Reserve Big Game Hunting Licenses for Residents), to ease resident hunter frustration as a result of a tag allocation bias inflicted on resident hunters for decades—when compared to other western states.”