Adam was born and raised in a small farm town in southwest Michigan, then moved to north central Idaho at age 20. He never wanted to leave the mountains after that, and hasn’t. Adam has worked as a firefighter/forestry tech for the U.S. Forest Service in Idaho, a wolf biologist for the Nez Perce Tribe, also in Idaho, and a science teacher at Hotchkiss High School in Colorado. 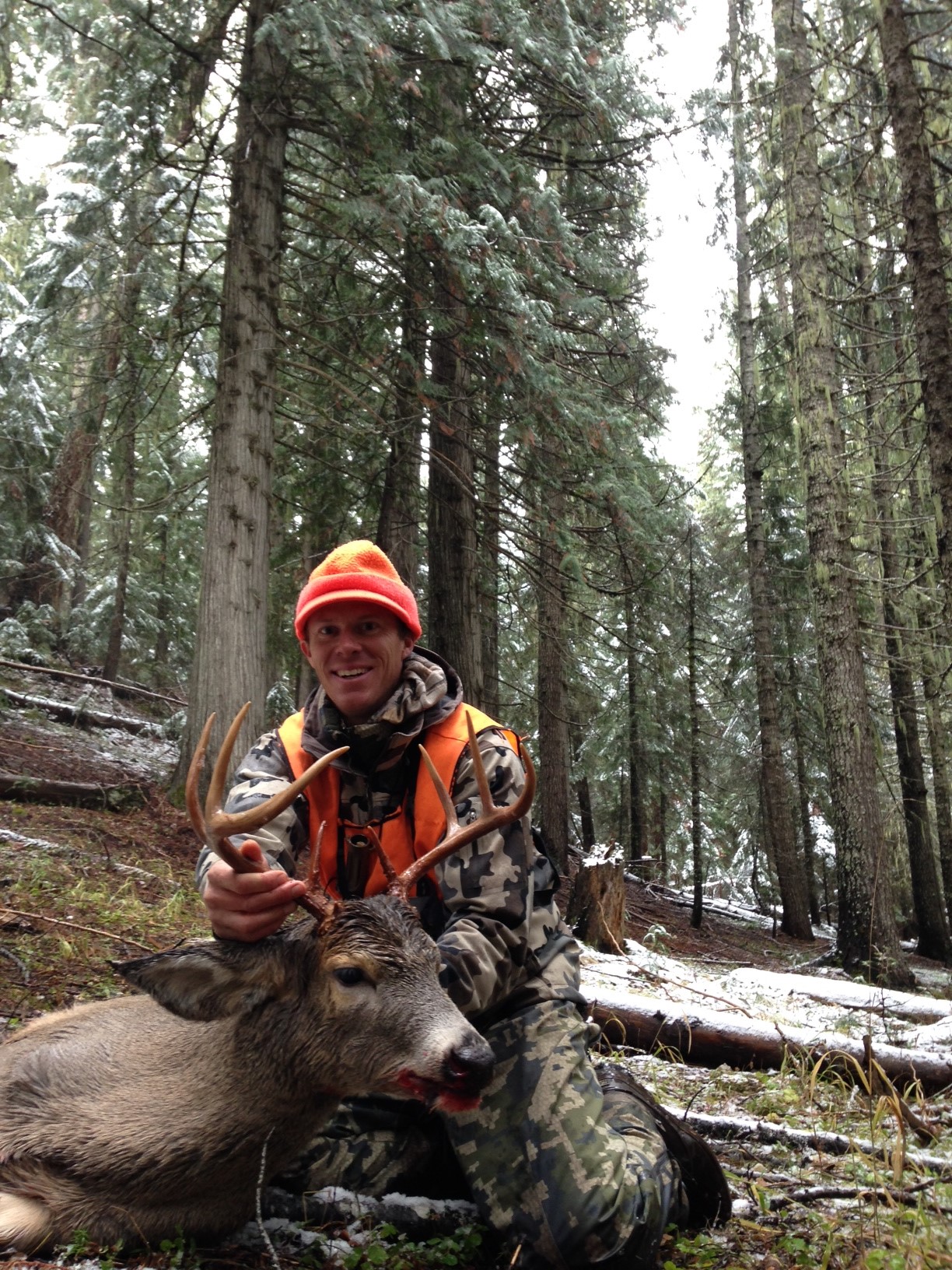 In his early teens Adam started hunting whitetails, cottontails and pheasant. Today he lives in Paonia, Colorado, and hunts mule deer and elk, usually with a bow. Adam is also “married to the most wonderful woman on the planet who supports my hunting interests,” he says. Adam and Anastacia feel blessed to call the Gunnison country home and love sharing it with their daughter, Penelope.

Adam is a fishing guide on the Gunnison River and, along with Anastacia, runs Timber to Table Guide Service (timbertotableguideservice.com), an elk and mule deer hunting/outfitting business with a focus on the food and educational aspects of big game hunting. Additionally, Adam is a BHA Life member, Colorado BHA Habitat Watch Volunteer for the Gunnison National Forest, and Assistant Central West Slope Regional Director. Adam also serves on the Grand Mesa Uncompahgre Gunnison (GMUG) Resource Advisory Committee. For additional information about Adam see:

Ryan was born and raised in Colorado, growing up exploring local creeks and ponds, and later the vast public lands of the Rocky Mountains. He learned to fly fish on a neighborhood pond that was full of bass and began hunting with his grandfather in Texas when he was 4 years old. Later, he joined his dad and granddad on elk and mule deer hunting trips. 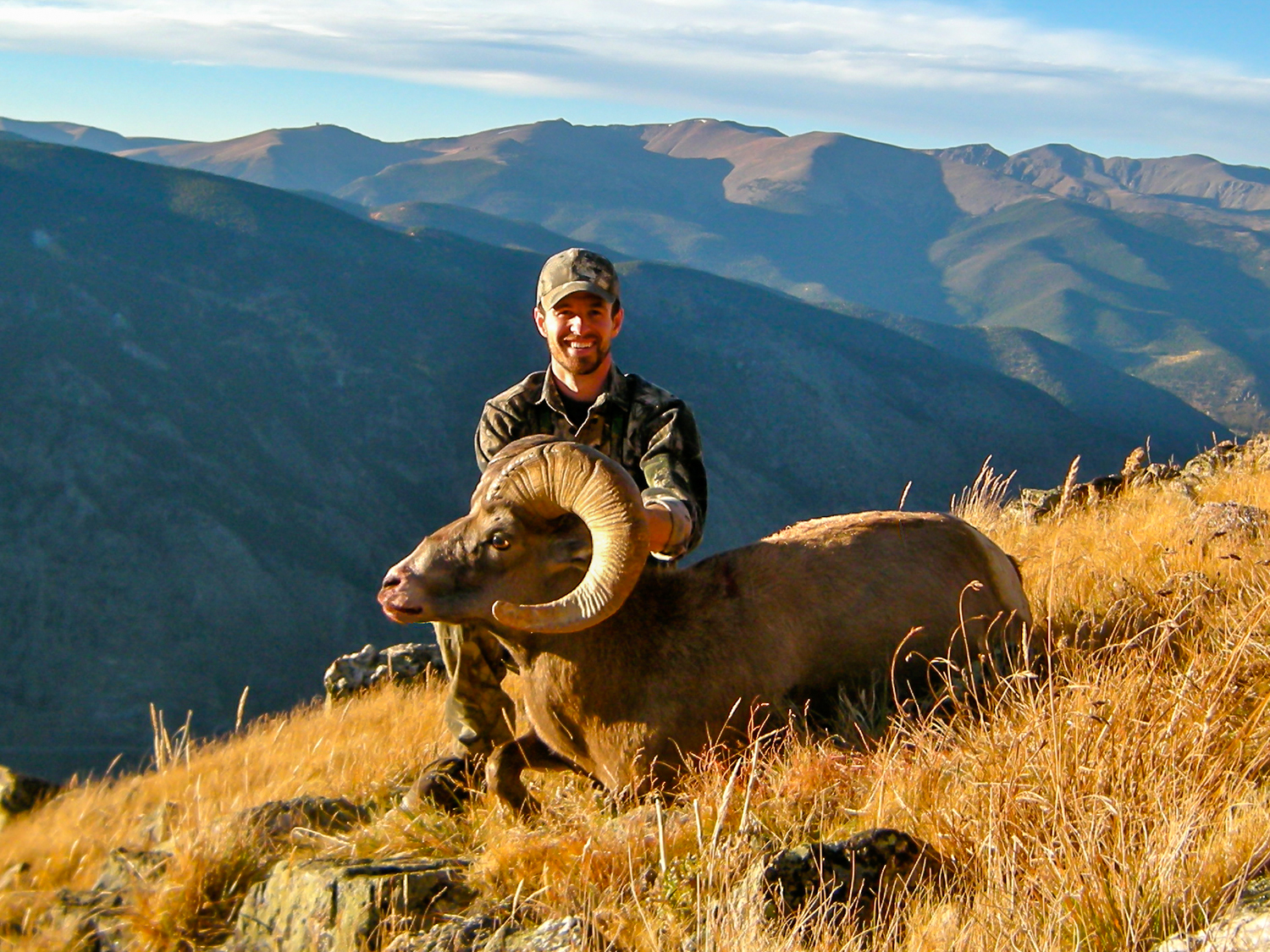 Ryan went to Seattle Pacific University where he studied journalism and found a job writing for Fish & Fly Magazine. After college he went into corporate communications and his career eventually evolved toward PR and marketing. In 2013 he launched a business serving hunting and fly fishing outfitters, Peak Outfitter Marketing.

Today Ryan primarily hunts Colorado’s vast public lands, but has also been on hunting trips in Wyoming, New Mexico, Montana and British Columbia. He hunts big game—primarily elk, mule deer and antelope—and drew a Colorado bighorn tag in 2010, harvesting a nice ram. “I’ve hunted big game with a rifle, a muzzleloader and a compound bow,” he says. “My perfect season is hunting bugling elk with a bow or muzzleloader in September, spot-and-stalk antelope in October, and then mule deer with a rifle in November.”

Ryan lives in Littleton with his wife, Kelly. They have a son, Nolan, and daughter, Clara. “With a vegetable garden and a freezer full of wild game, we enjoy hosting friends for meals, being involved at our church, and living the field-to-table lifestyle as much as we can,” he says. Ryan is also Colorado BHA’s Instagram Social Media Coordinator. For additional information about Ryan see:

Founded by Mike Beagle, a former U.S. Army field artillery officer, and formed around an Oregon campfire, in 2004, BHA is the sportsmen’s voice for our nation’s wild public lands, waters and wildlife. With over 23,000 members spread out across all 50 states and Canada, including chapters in 39 states and two international chapters—in Alberta and British Columbia—BHA brings an authentic, informed, boots-on-the-ground voice to the conservation of public lands. Since the Colorado BHA chapter was founded by David Petersen (a former U.S. Marine Corps helicopter pilot) in 2005 (the first official BHA chapter), they’ve grown their boots-on-the-ground presence to over 1,500 dedicated hunters and anglers.