Colorado Backcountry Hunters & Anglers (BHA) member, William “Bill” Henry Sustrich, 91, of Salida died on July 25, 2018. He was two months shy of 92 years old. “He enjoyed BHA so we have asked for memorial donations to be sent to BHA among a few other programs or organizations,” his daughter, Andi, said. Born and raised in Canonsburg, Pa., Bill went on to join the Navy during World War II and served aboard the minesweeper YMS Yancy in the Pacific Ocean.[1]

Following the war, in 1949 he moved to Denver and became an explosives engineer. Bill developed the explosive designs to initiate stage separation on the space program’s Titan rockets. He later worked on explosive designs for other advanced military projects. In 1966 Bill married his wife, Frances, and during 2018 they celebrated their 52nd anniversary.[2] 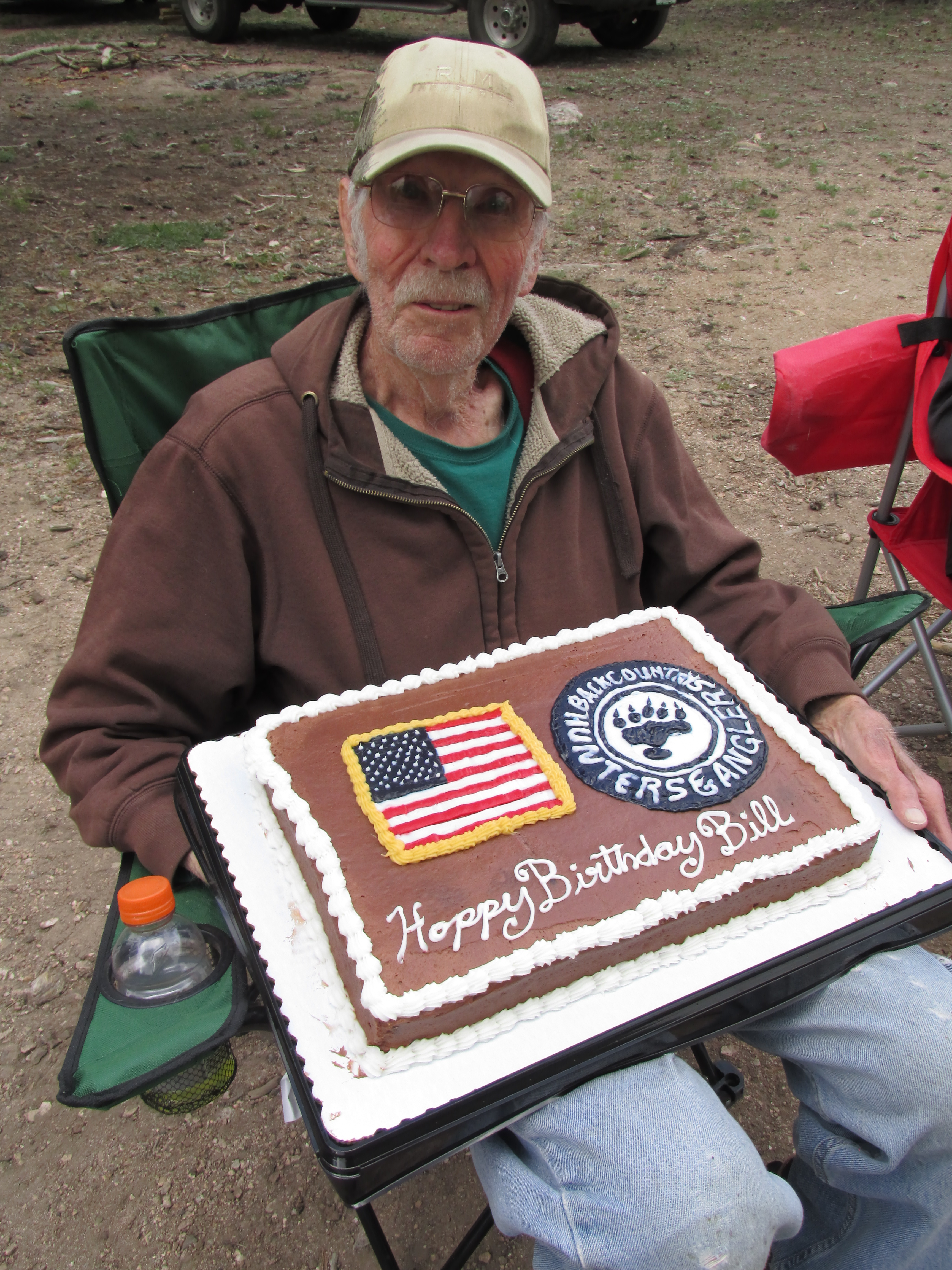 In 1968, Bill and Frances moved to Salida and purchased the Wagon Wheel Guest Ranch. During 2018 they celebrated their 50th year owning and operating the Ranch. Bill was also an avid outdoorsman and a champion of wilderness and wildlife.[3] He led the charge for Colorado BHA to get Browns Canyon (north of Salida) designated as a National Monument.

“I first met Bill on June 20, 2009,” Colorado BHA Chair, David Lien (a former U.S. Air Force officer), said. “He’d invited me to meet with him and others in Salida to discuss our collective efforts to pass a Browns Canyon Wilderness bill. I walked away from that meeting with the impression that Bill was one of the most ardent, impassioned supporters of Browns Canyon legislation in the group.”

Bill went on to become a BHA Life member and during 2015 he was recognized with an award for his “unwavering commitment, spanning ten-plus years, to helping protect low-elevation big game habitat in the Browns Canyon area near Salida, which was designated a national monument in 2015.” In Bill’s words: “In the simplest terms, without suitable habitat we will have no game; without game, we will have no hunting; without hunting, a precious heritage of our past will be lost forever.”

In addition, Bill took point in organizing five Colorado BHA Rendezvous (in 2010, 2011, 2012, 2015 and 2016) at the “Goat Wadi” site west of Salida. His elk hunting camp tent was always the center of weekend activities at those Rendezvous. And at the most recent Goat Wadi Rendezvous, during 2016, we celebrated Bill’s upcoming (Sept. 23) 90th birthday. 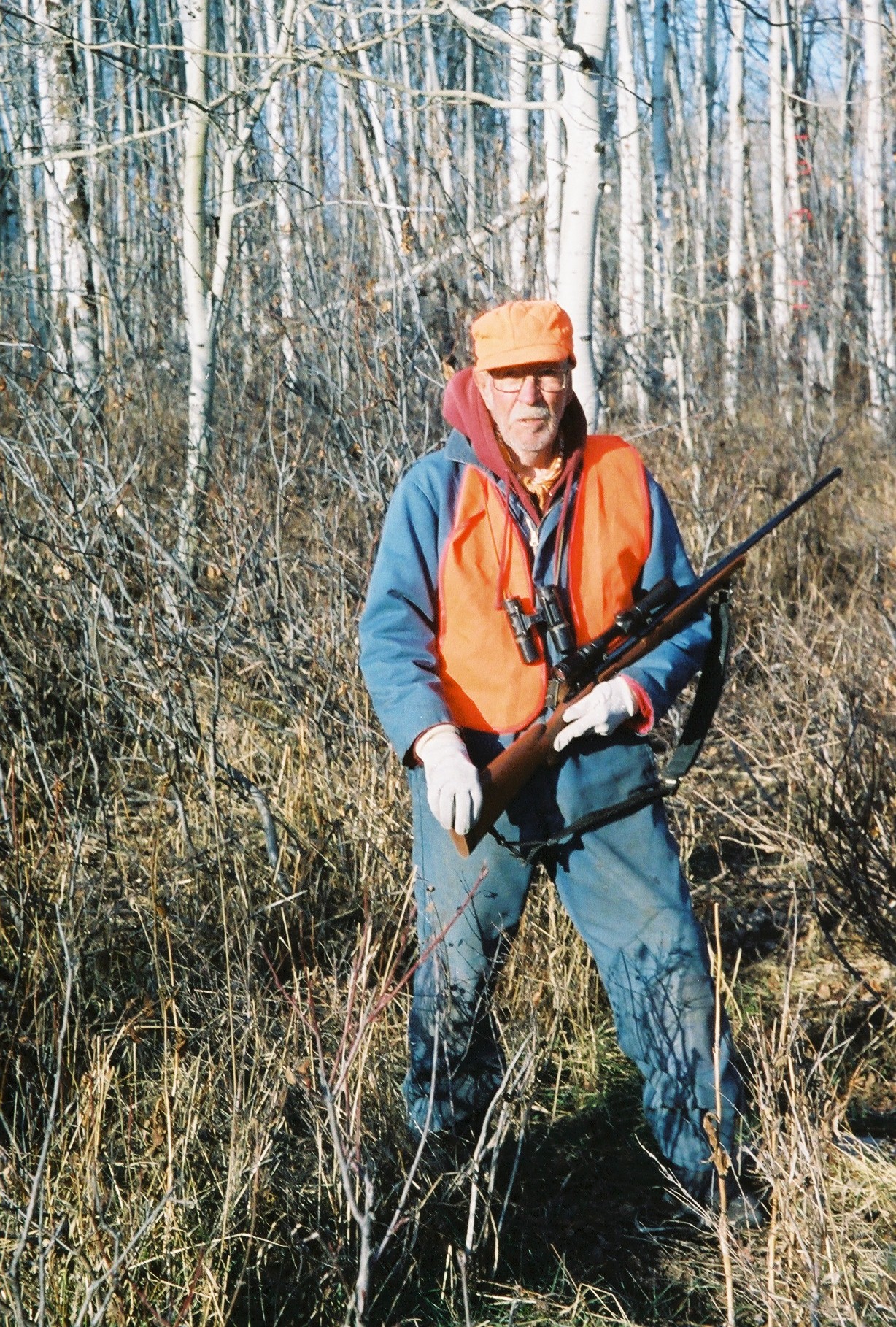 “During July 2017 Bill invited my wife, Melinda, and I to stay at their Wagon Wheel Guest Ranch,” David Lien explained. “Sadly, that was the last time we were to see him. To Bill’s wife, Frances, and their family, we’re very sorry for your loss, but also proud and happy to have been associated with such a kind, generous man. Bill was a friend, mentor, fellow veteran and fierce warrior for Colorado’s wild public lands, waters and wildlife. All of us in Colorado BHA were lucky to call such a selfless man (and wilderness warrior) our friend. Rest in peace, Bill.”

“Bill embodied the true spirit of wild backcountry and fought fearlessly to protect it. He will be sorely missed.” –Don Holmstrom, Colorado BHA Vice Chair

“It seems that to describe Bill, a quote from TR would be appropriate. This is the one that I have chosen. ‘We must show, not merely in great crises, but in the everyday affairs of life, the qualities of practical intelligence, of courage, of hardihood, and endurance, and above all the power of devotion to a lofty ideal, which made great the men who founded this Republic in the days of Washington, which made great the men who preserved this Republic in the days of Abraham Lincoln.’” –Ivan James, Colorado BHA Legislative Liaison

“I last spoke with him in that tent of his. As I was walking by with BHA clothing I hear, ‘Hey, come here.’ He told me a couple stories about big Trout near his place that he said seldom got fished. God bless.” –Rick Seymour, Colorado BHA West Slope Sponsor/Events Coordinator & U.S. Air Force veteran

“I will miss this dear friend. Bill had a fire in his belly, and was a true patriot and defender of the backcountry. He was a straight shooter, and was the finest example of ‘boots on the ground’ activism on behalf of BHA. We have all been blessed to have shared a dry wall tent and a warm woodstove with him. See you on the other side, Bill.” –Paul Vertrees, Colorado BHA Habitat Watch Volunteer & U.S. Army veteran

“He was a true warrior for conservation and will be missed. His legacy will live on.” –Rick Hooley, Colorado BHA Habitat Watch Volunteer

“Bill, like other wise, impactful, mentors, had a natural sincerity and charm of character about him that was palpable. Deeply committed to wild places and wildlife, he was and is an example for all of us!” –Dan Parkinson, Colorado BHA Southwest Colo. Regional Director

“I only met Bill once, but during those few hours we spent together at the Goat Wadi I listened to a sage elder, committed to his ideas and ethics of Wilderness—and the elk that depend on it. I’ve often thought of Bill since then ... his words helping guide me on my hunts and in my letters to our elected officials. Thank you, Bill!” –Geordie Robinson, Colorado BHA Northeast Colo. Assistant Regional Director

“Sorry to hear of his passing. He served on a mine sweeper in World War II with my father who passed 10 years ago. Bill was a man devoted to a cause who never wavered and was one of the true champions of Colorado BHA.” –Steven Choromanski, BHA Life member

Founded by Mike Beagle, a former U.S. Army field artillery officer, and formed around an Oregon campfire, in 2004, BHA is the sportsmen’s voice for our nation’s wild public lands, waters and wildlife. With over 20,000 members spread out across all 50 states and Canada, including chapters in 39 states and two international chapters—in Alberta and British Columbia—BHA brings an authentic, informed, boots-on-the-ground voice to the conservation of public lands. Since the Colorado BHA chapter was founded by David Petersen (a former U.S. Marine Corps helicopter pilot) in 2005 (the first official BHA chapter), they’ve grown their boots-on-the-ground presence to over 1,500 dedicated hunters and anglers.