During the Backcountry Hunters & Anglers (BHA) 10th Annual North American Rendezvous (June 3-5, 2021) in Missoula, Montana, we were reminded that BHA knows a thing or two about campfires. BHA started around a campfire in southern Oregon during 2004. In the words of BHA founder Mike Beagle (a former U.S. Army field artillery officer), “What we started around a campfire has grown into a forest fire. BHA is getting better and better. The best is yet to come!”

And this Rendezvous was one for the history books (see related press/news hits and photos link below). The first completely outdoors “Old School” Rendezvous; the first to include a “Buffalo Breakdown” butchering demonstration and bison feast; a Campfire Stories stage dive/fall (no one was injured); and it was held at historic Fort Missoula, where the first BHA Rendezvous was held (indoors) during March 2012. 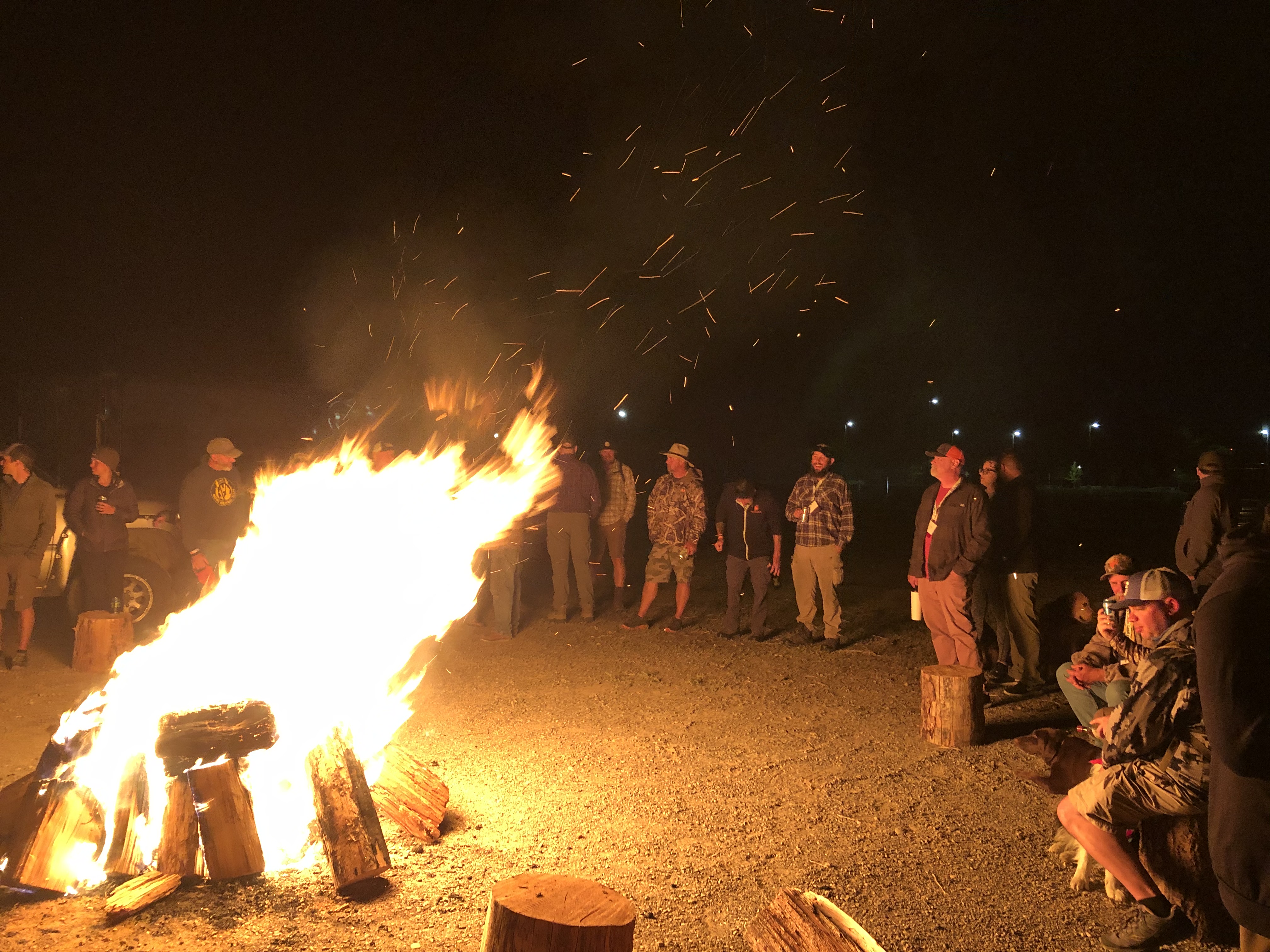 The Rendezvous was also attended by hunting-angling-conservation stalwarts like Randy Newberg and Clay Hayes. “Uncle Randy” is well known for two popular TV shows, “Fresh Tracks” and “On Your Own Adventures,” accompanied by the long-standing “Hunt Talk” web forum. Now added to those platforms is the “Hunt Talk Podcast.”[1]

Clay Hayes is a wildlife biologist and filmmaker who produced the YouTube channel “Backcountry College,” sponsored by Backcountry Hunters & Anglers. He’s also the author of the Traditional Bowyer’s Handbook and is featured in Season 8 (2021) of “Alone” on the History Channel. Clay showed us the first Season 8 episode during the Rendezvous.

Not to be outdone, here in Colorado our Southeast Group completed a Pike National Forest clean-up project on the Gold Camp Road (on June 6). See the KOAA News coverage of their excellent work (link below), including input from SE Group leaders/members Drew Trujillo and Justin Frey.[2] Well done! We also have the Colorado BHA 12th Annual Rendezvous (July 23-25) in the pipeline (info. link below). We’re looking forward to seeing many of you there![3]