Sam was born and raised on Colorado’s Front Range, in Loveland, and grew up fishing the Big Thompson River. “I’ve been a fisherman my entire life. I started fishing with my dad and brother when I was just a little kid,” he said. “Back then, all I knew 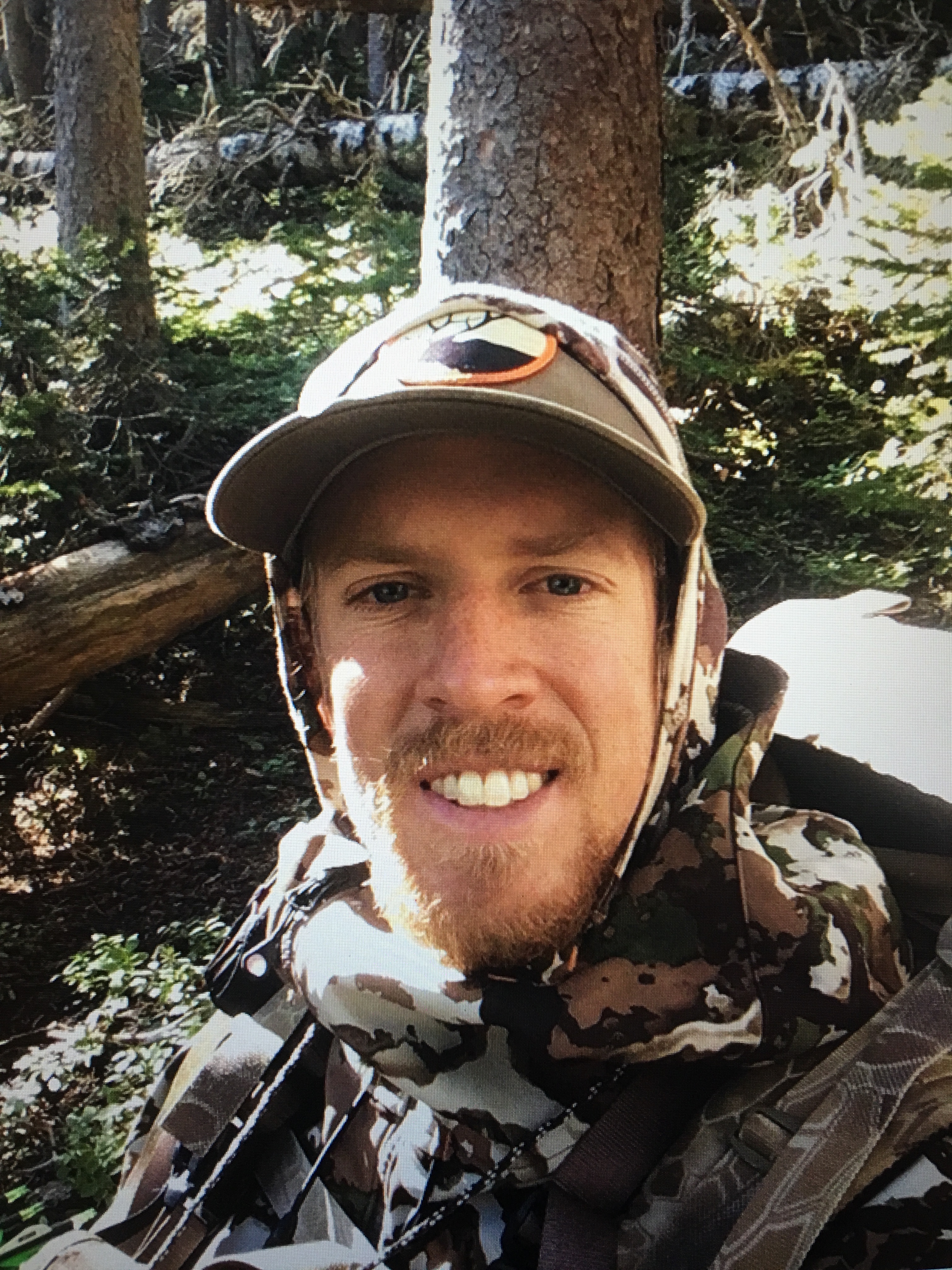 about fishing was a spinning rod and lure and catching rainbows and browns from the local rivers and lakes. My parents introduced me to the outdoors and their appreciation for public lands was impressed upon me at a very young age. They took my brother and I camping, hiking, and fishing every chance they could, and for that I’m grateful.”

Sam first picked up a fly rod while completing a Bachelor’s degree in Geography at the University of Colorado-Boulder. “Since then, fly-fishing has become a huge part of my life,” he says. He is also an adult-onset hunter. “I grew up fishing but never hunting,” Sam said. “Learning to hunt later in life has been one of the more challenging and profound experiences of my life.”

He started hunting in October of 2015. “My first hunt was a grouse hunt in the mountains above Boulder,” Sam said. “Colorado BHA’s Northeast Regional Director, George Robinson, was my main hunting mentor and the person who got me involved in hunting, as well as BHA,” he added. “I really got behind BHA and its mission while working as Operations Manager at RepYourWater, and I’m thankful to George and the folks at RYW for introducing me to BHA.”

“I enjoy hunting elk and deer all over the state. My first two elk seasons were spent archery hunting on the western slope of Colorado,” he said. “Last elk season I hunted close to home on the Front Range. I never fully appreciated how diverse a landscape we have in Colorado until I started hunting. Hunting has really opened my eyes to a new country, new people and the importance of public land. Colorado is absolutely stunning and I’m not just saying that because I’m from Colorado, it really has everything. I can now say I’m fully addicted to elk hunting,” he added.

Sam hunts with both bow and rifle. He has been archery elk and deer hunting in Colorado and rifle hunting in Wyoming for pronghorn. He lives in Fort Collins with his wife Lydia and dog Larry. “Without wild public land, public water, and wildlife my life would be very different,” Sam said. “I owe a debt of gratitude to the people who got me involved in the outdoors and guided me into hunting and fishing,” he said. “Now, I feel that it is my duty to pay it forward and help protect and support those wild places, waters and wildlife that mean so much to all of us. Proud Public Land Owner.”

“Sam is a welcome addition to the Colorado BHA Chapter Leadership Team,” said chapter co-chair, David Lien (a former U.S. Air Force officer). “I had an opportunity to chat with him at Colorado BHA’s recent 5th Annual Wild Game Cook-off and was immediately impressed by his commitment to protecting and perpetuating our great public lands hunting and angling heritage. Wildlands and wildlife need many more like him!”

Founded by Mike Beagle, a former U.S. Army field artillery officer, and formed around an Oregon campfire, in 2004, Backcountry Hunters & Anglers is the sportsmen’s voice for our nation’s wild public lands, waters and wildlife. With some 40,000 members spread out across all 50 states and 13 Canadian provinces and territories—including chapters in 44 states, two Canadian provinces and one territory, and Washington, D.C.—BHAbrings an authentic, informed, boots-on-the-ground voice to the conservation of public lands. Since the Colorado BHA chapter was founded by David Petersen (a former U.S. Marine Corps helicopter pilot) in 2005 (the first official BHA chapter), they’ve grown their boots-on-the-ground presence to some 2,700 dedicated hunters and anglers.[1]