The Colorado chapter of Backcountry Hunters & Anglers (BHA) recently appointed James Liden to serve as the chapter’s newest Habitat Watch Volunteer (HWV). He will perform HWV duties for the White River National Forest. James was born in Pueblo, Colorado, but grew up in Cody, Wyoming, the eastern gateway to Yellowstone National Park.

“It was a privilege to grow up in the least populated state in the nation, a state with as many pronghorn as people, a state where you can drive two hours without hitting a town,” he says. James started pheasant hunting with his dad, trailing behind bird dogs. “My dad was primarily an upland bird hunter. He loved his hunting dogs. We spent a lot of time hunting pheasants in Wyoming and Nebraska throughout the years,” Jim said.

“My earliest fishing memories are from summer weeks spent with my grandparents fishing for trout in Rocky Mountain high-country lakes,” Jim added. “My grandpa exposed me to trout fishing during weeklong camping trips in the Rockies when I was very young. I have fond memories of running trout out of mountain lakes when I was three, preventing my grandpa from having to continually untangle line from my reel. When I would hook a fish, grandpa would tell me to turn around and run … running the fish out of the water up onto the bank!” 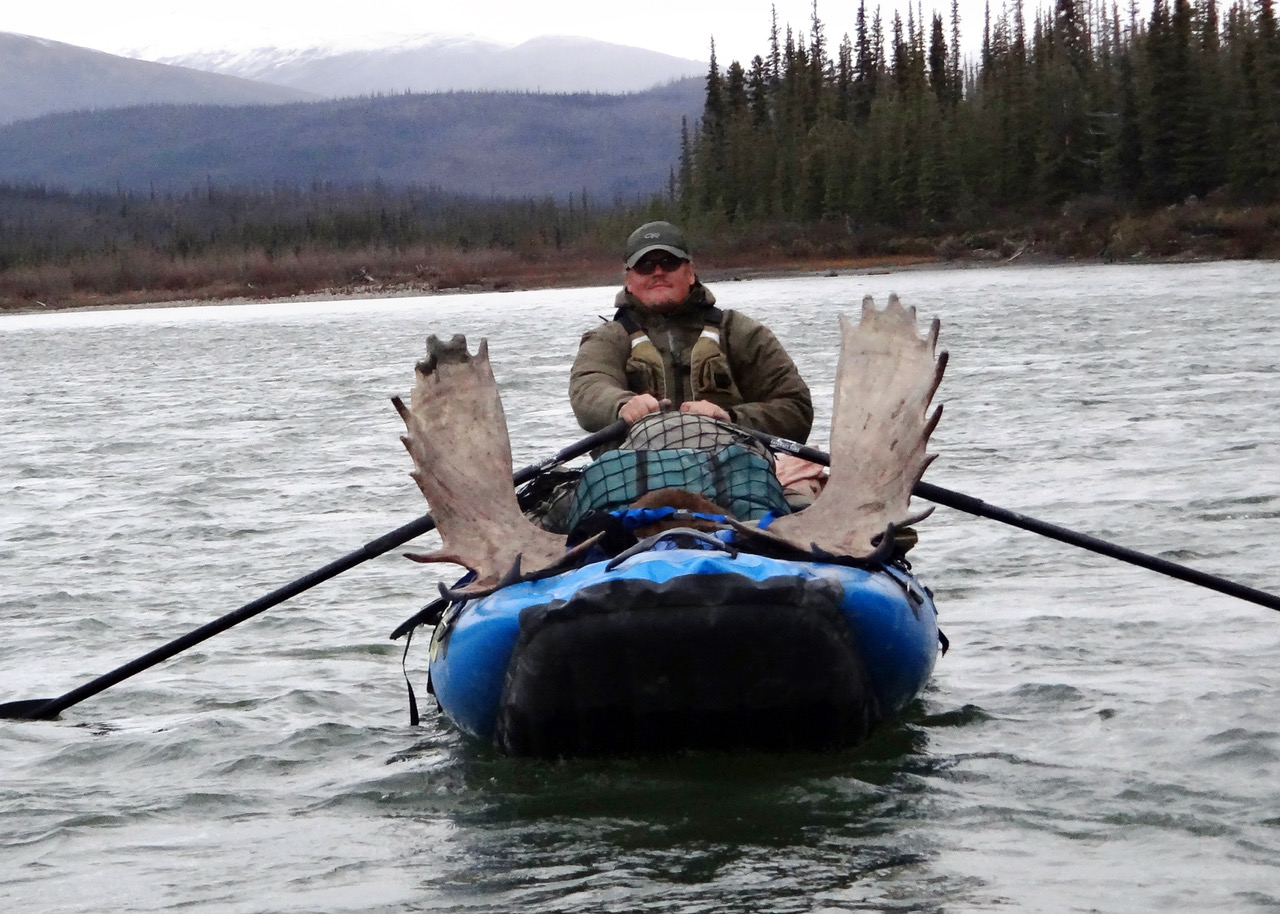 Jim earned an undergraduate degree in Accounting from the University of Wyoming and a MBA from the University of Denver and has been working in the IT consulting and hosting industry for 20+ years. He lives in Highlands Ranch, Colorado, and hunts primarily with rifle and shotgun, but will pick up a muzzleloader when it facilitates hunting elk during the rut or other strategically advantageous season.

“I enjoy traveling throughout North America and exploring new country,” Jim says. “Currently, I hunt spring turkey wherever the wind takes me. In the fall, I will go wherever I can draw a good tag. I always hope to draw one good out-of-state tag each fall and fill-up the rest of my fall hunting season with Colorado deer and elk tags.” Jim has been applying yearly for 50+ big game tags in nine western states and Maine, and hunting Alaska when he gets the chance.

“I enjoy the year-round planning/preparation, and the opportunity to hunt and explore new wild country throughout the west,” he said. “I was an avid fly fisherman for many years, but it seems like my spring turkey and fall big game hunting pretty much consume my available time, energy and resources. I’ll still get the rods out from time to time when I need some fish for the freezer.”

Jim doesn’t recall the year he joined BHA, but remembers feeling that he’d found a hunter-conservationist home that resonated with his passion for hunting the backcountry and strong desire to protect the remaining wild lands and animals. “The following is truer today than it was in TR’s day,” Jim adds, “and it is critical the hunter-conservations of today continue to take the lead in protecting what is most precious to us: the remaining wild lands and animals.”

"The conservation of natural resources is the fundamental problem. Unless we solve that problem, it will avail us little to solve all others." –Theodore Roosevelt - 1

“Jim embodies a breadth and depth of boots-on-the-ground hunting knowledge and passion that is matched by only a select few hunters, not unlike America’s greatest hunter-conservationist, Theodore Roosevelt,” Colorado BHA chapter chair, David Lien (a former U.S. Air Force officer), said. “We’re privileged to have him join the Colorado BHA team as a Habitat Watch Volunteer for the White River National Forest.”

The Colorado BHA chapter has over 25 HWVs covering all eleven of the state’s national forests. Also see a story about one of Jim’s hunting adventures in Eastmans’ Hunting Journal: “Three for Three” (Alaskan moose hunt and merits of a remote float hunt).

Founded by Mike Beagle, a former U.S. Army field artillery officer, and formed around an Oregon campfire, in 2004, BHA is the sportsmen’s voice for our nation’s wild public lands, waters and wildlife. With over 24,000 members spread out across all 50 states and 13 Canadian provinces and territories, including chapters in 39 states and two international chapters—in Alberta and British Columbia—BHA brings an authentic, informed, boots-on-the-ground voice to the conservation of public lands. Since the Colorado BHA chapter was founded by David Petersen (a former U.S. Marine Corps helicopter pilot) in 2005 (the first official BHA chapter), they’ve grown their boots-on-the-ground presence to some 1,700 dedicated hunters and anglers. - 2