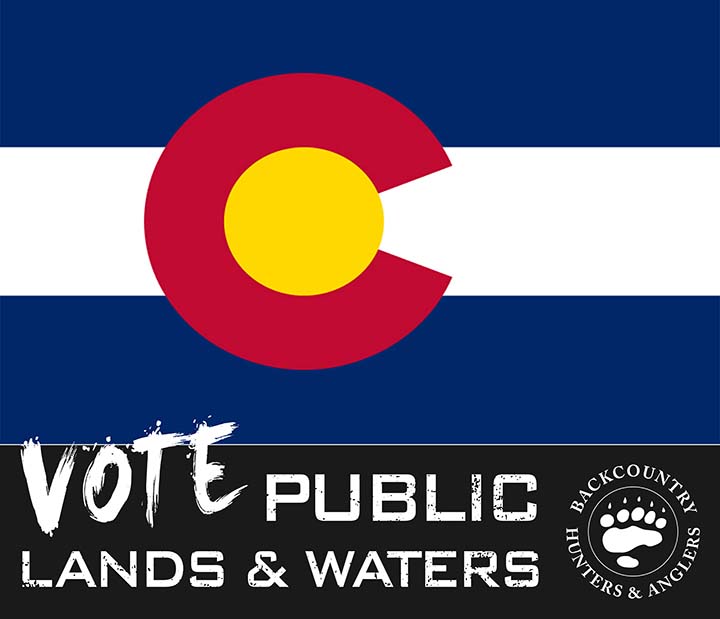 Colorado Backcountry Hunters & Anglers members will vote in several crucial elections  in 2018 that will affect hunting, fishing, and the management of wildlife and public lands. One of the most important races is for the next governor, who appoints the director of Colorado Parks and Wildlife (CPW) and members of the CPW commission. The incoming Governor will also have authority over the state land board, which manages nearly 3 million acres of state trust lands, of which 500,000 acres are open for hunting, fishing,  and other recreational uses.

With the number of issues facing hunters, anglers, and wildlife: ranging from long term funding for wildlife, to habitat loss and fragmentation, to public access; Colorado BHA wanted to help inform voters about issues not normally discussed in statewide campaigns. We sent both candidates, Walker Stapleton and Jared Polis, a series of questions on August 15th. We followed up with both candidates on September 14th via email to ensure they had received the questionnaire. We reminded each campaign as  the deadline to respond approached. Both campaigns responded.

We urge all hunters, anglers and other public lands users to read through each of the questionnaires and then to vote. It is crucial that every public land owner let candidates and elected officials know where he or she stands on the issues that affect wildlife, habitat and our public land birthright. Vote Your Values, Vote Public Lands, Waters, and Wildlife!