Missoula, MT - Backcountry Hunters & Anglers announced today that Ryan Busse will join its National Board of Directors. Born and raised on the prairies of western Kansas, Busse began casting a fly rod at the age of 5 and developed a passion for fishing backcountry streams during family trips to Colorado and Wyoming. After earning his degree, Busse moved to northwest Montana where he took a job running the sales department for Kimber Firearms. Nearly 20 years have passed since he took the job,

During Busse’s tenure at Kimber, the company has grown to become one of America’s leading firearms companies. Mr. Busse has served on several volunteer boards and advisory councils during his professional career and is a passionate advocate for backcountry.

When asked why he wanted to join the board of Backcountry Hunters & Anglers, he said, “After half a lifetime spent fishing and hunting backcountry from Arizona to Alaska I feel compelled to give back to the land that has given me so much. And there is no organization more dedicated to maintaining our hunting and fishing traditions in wild, pristine places than BHA.”

Asked to comment on BHA’s new addition to the Board of Directors, BHA Executive Director, Land Tawney, said, “We are thrilled to have Ryan join us. He breathes backcountry credentials, talks straight, and thinks strategically. All qualities that will help BHA carry on our backcountry legacy.”

Founded around an eastern Oregon campfire in 2004, Backcountry Hunters and Anglers has grown by leaps and bounds over the past decade. With chapters in 19 states and one in British Columbia, the group seeks to ensure North America’s outdoor heritage of hunting and fishing in a natural setting through education, and acts as the Sportsmen’s voice for wild public lands, water and wildlife. BHA prides itself on its “boots on the ground” mentality and the ability of its membership to get things done. 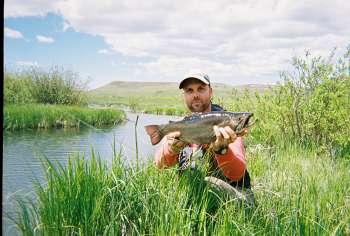 share on
See other posts related to media
Get the latest news and stories, right to your inbox.
Search
Local Chapters