American Sportsmen and the Origins of Conservation by John F. Reiger 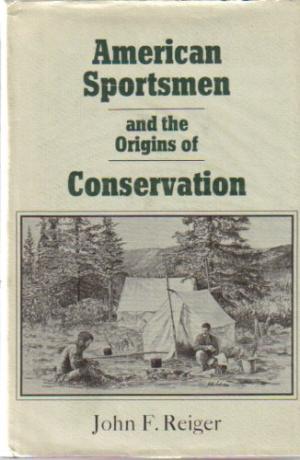 Reiger’s American Sportsmen is an expanded look into the entwined history of sportsmen, ethics and policy that shaped what we now know as conservation and sustainable management.

Many sportsmen and women, and even historians, are quick to stop at George Bird Grinnell and Theodore Roosevelt – obvious pillars in the Progressive era of the late 1800s and early 1900s – when mapping the lineage of modern American conservation. Though it cannot be denied that Grinnell and Roosevelt, as well as their renowned contemporaries, deserve every bit of our reverence for their leadership; Reiger also points to the fraternity of “gentlemen sportsmen” as the first to formalize the ideals of game and habitat conservation.

It was this sportsman’s code, coupled with an early, un-articulated version of the North American Model of Wildlife Conservation, on which Grinnell and Roosevelt founded the Boone & Crockett Club in 1887. That began to cement the sportsman's' role as conservationists and, with the power of Roosevelt’s presidency, thrust wildlife into national policy.

Purchase American Sportsmen on Amazon Smile, and register Backcountry Hunters & Anglers as your preferred non-profit to give back to your wild public lands, waters and wildlife.