The Fight for Access to New Mexico's Sabinoso Wilderness Continues

Is an accessible Sabinoso Wilderness within reach? Plan to provide public access to 16,000 public acres needs your help 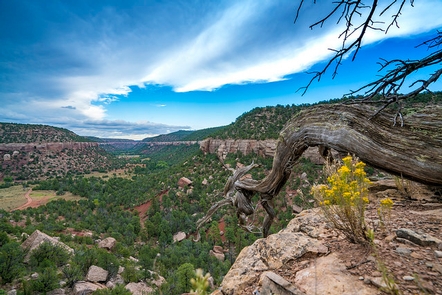 Until very recently sportsmen and women had given up on hunting the elk, deer, turkey and even Barbary sheep that inhabit the Sabinoso Wilderness in northeastern New Mexico.

Managed by the Bureau of Land Management, the more than 16,000-acre wilderness was designated in 2009. Unfortunately the Sabinoso is landlocked. No legal public access currently exists.

This could change, however, due to the actions of a generous landowner, who has offered to provide public access to the Sabinoso Wilderness by donating his ranch, which sits on the western boundary of the wilderness and provides the much-needed access point. The 4,080-acre Rimrock Rose Ranch has been purchased by the Wilderness Land Trust, which is willing to facilitate the transfer of ownership to the BLM.

Normally this would equal a quick win for outdoor enthusiasts, but Interior Secretary Ryan Zinke has yet to accept the donation under the opinion that the wilderness boundary should not be expanded to include the Rimrock Rose. The secretary cites the ranch's lack of wilderness characteristics in his position; yet no other path forward for accessing the Sabinoso is available. The Wilderness Land Trust has made it very clear that the Rimrock Rose must be incorporated into the wilderness if the donation is to happen. As Sen. Martin Heinrich stated at a Senate committee hearing in June, “There is no alternative; we either get access for the first time or we go back to the only landlocked wilderness in the United States.”

Public access to public lands is an issue that reaches across political lines. The plight of the Sabinoso has galvanized a range of diverse groups, including sportsmen, which openly and strongly support the Rimrock Rose deal. Broad local support for the plan exists, as well. Together, we are urging Secretary Zinke to accept the donation and open the Sabinoso Wilderness to hunting, fishing and other recreational activities by the citizenry at large.

Please sign our petition to urge Secretary Zinke to accept this generous donation and allow access where none has existed before.

This map provides details of the Sabinoso-Rimrock Rose deal: 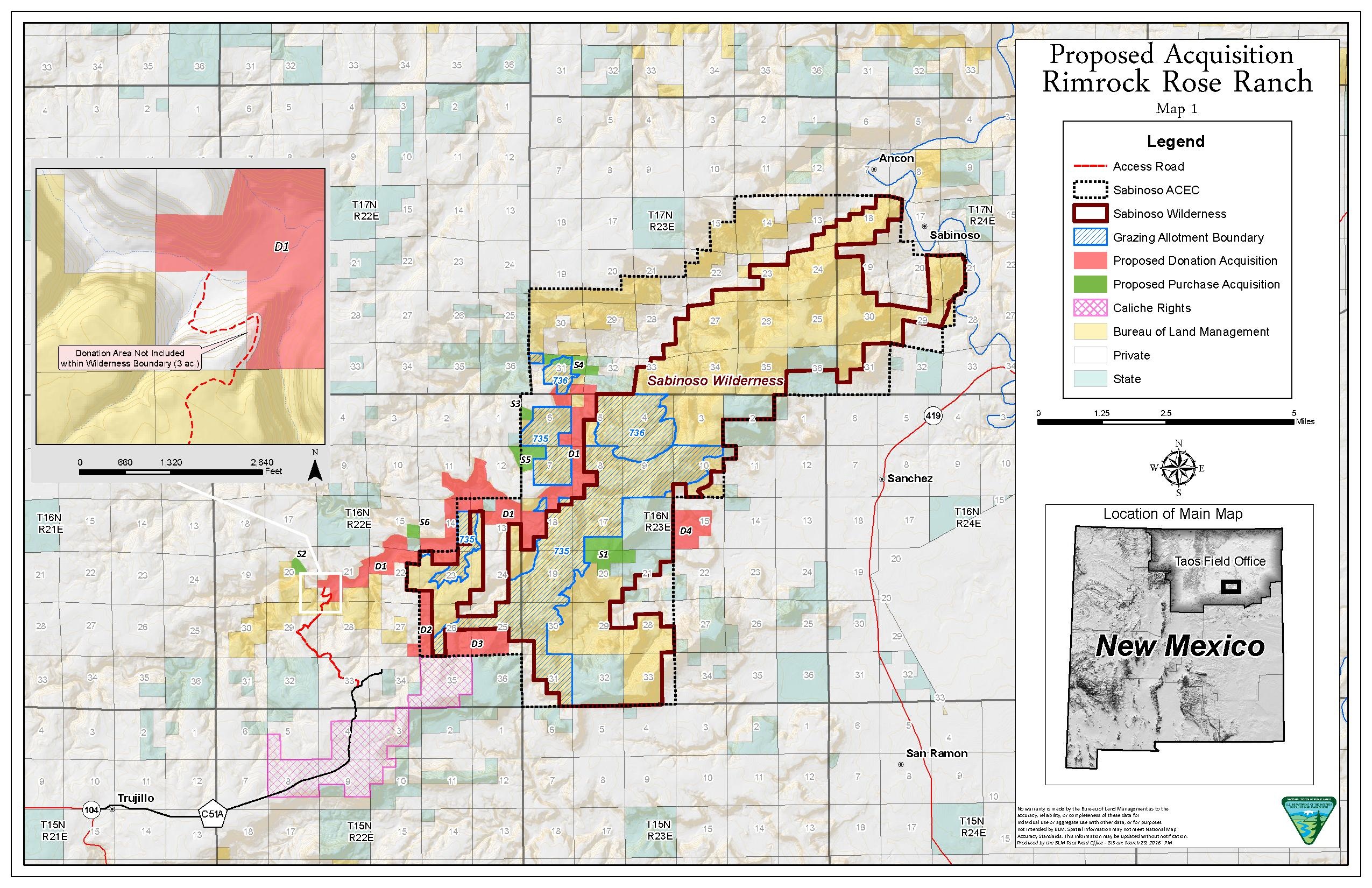