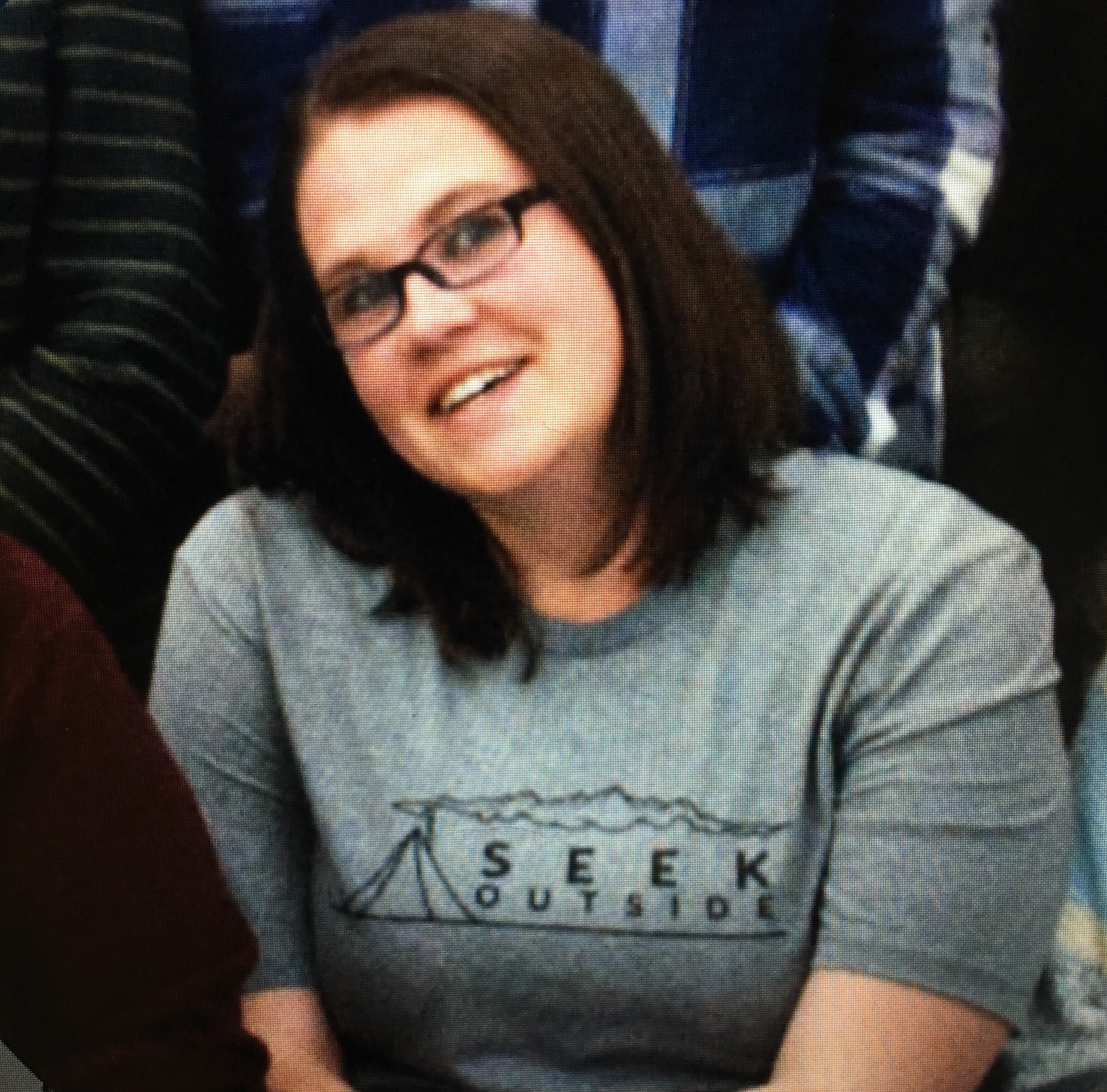 Becca was born in St. Louis, Missouri, and moved to Durango, Colorado, when she was nine. She is an adult-onset hunter who was inspired to become a hunter after joining Backcountry Hunters & Anglers. “I joined BHA about 4 years ago,” she said. “I heard about BHA working for Seek Outside. I became a life member at Rendezvous 2019!”

“I attended Rendezvous 2018 for work and I fell in love with the work, the people and the atmosphere. It inspired me to become a hunter,” she says. “I spent a good portion of the summer preparing and went on my first elk/bear hunt last fall … it was an amazing experience!” Becca’s hunting mentor was Angie Timm, co-owner of Seek Outside.[1] “She helped me get as ready as you can be for your first hunt,” Becca said.

Becca’s husband is also new to hunting. “My husband also played a huge roll in getting me prepared and knowledgeable,” she added. “It was also his first year hunting, but he is about as thorough as it gets when it comes to research and learning about something that he is interested in. It helped pave my way to have someone to learn with!”

Becca and her husband are looking forward to their next hunting season and continuing to learn about (and helping to protect and perpetuate) our nation’s public lands, waters and wildlife. Becca is the office/production manager at Seek Outside. 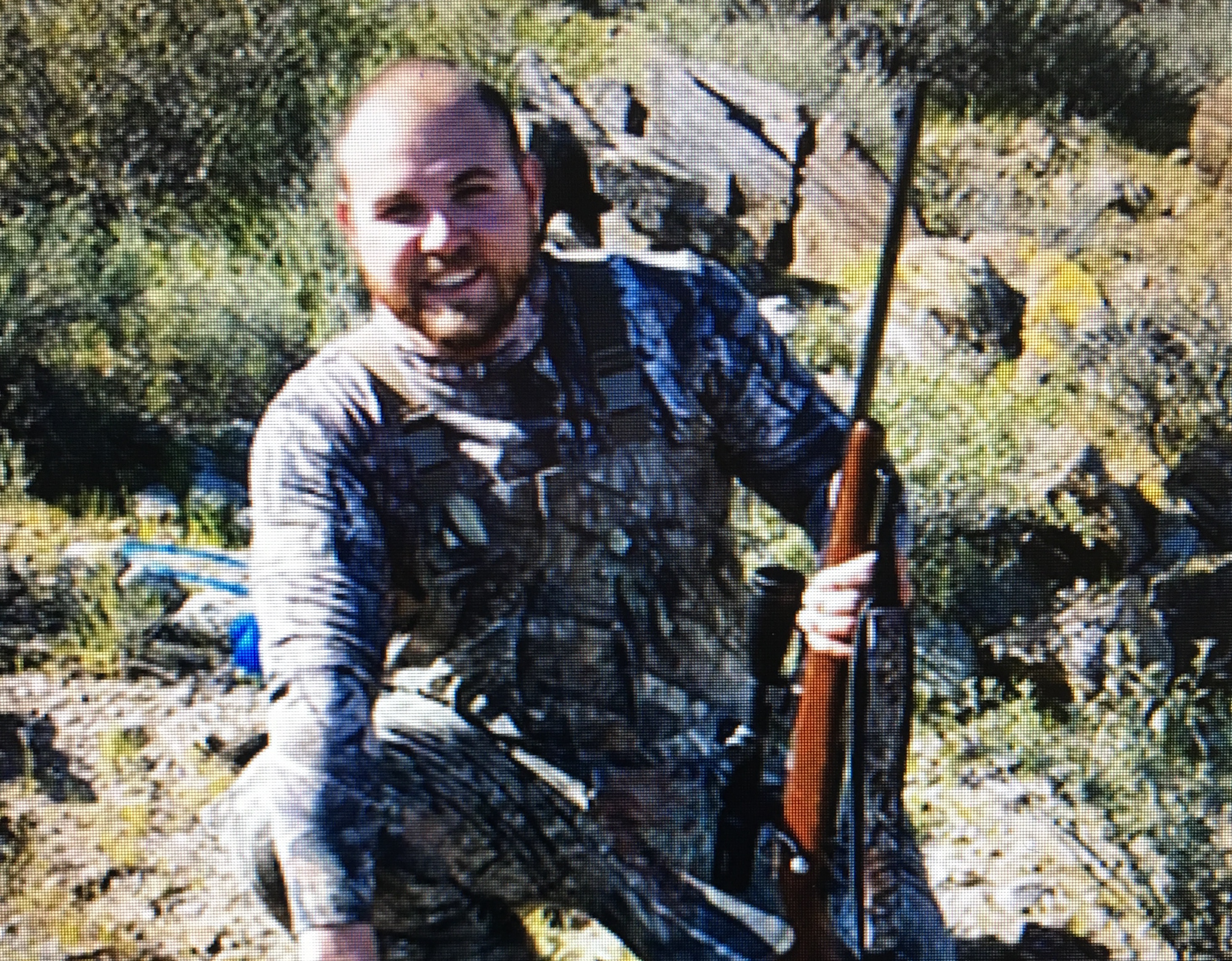 Brad grew up on the southern Illinois plains between the Kaskaskia and Mississippi Rivers in Freeburg, Illinois. “From an early age my father and grandfather had me on a pond, lake or river with a fishing pole in my hand,” he said. “I started hunting at around six years old. Squirrels, rabbit and upland birds were what I began hunting.”

Shortly after high school, Brad joined the U.S. Marine Corps. “After bouncing around the United States from San Diego, California, to Pensacola, Florida, to Jacksonville, North Carolina, I was afforded the opportunity to go explore other lands,” he said. “Okinawa, Japan, was the place I called home for three years.” During this time, he enjoyed every opportunity to explore the wild jungles and lands of Southeast Asia.

Upon completion of active duty service, Brad took a job with Intel Corporation, which led him and his family to Arizona. Since then they have moved to Colorado Springs, Colorado, where Brad is pursuing a degree in Aviation Management. He joined BHA in 2016 and has been a Life Member since April 2019.

“A long network of friends brought me into the Backcountry Hunters & Anglers family and taught me the value of our public lands,” Brad said. “The strong traditions of hunting and fishing I experienced growing up in rural Illinois fueled my passion for the outdoors and adventure.” Most of Brad’s hunting has been with a rifle, but he is getting in to bow hunting.

Southeast Colorado’s San Juan Mountains and other public lands have become Brad’s new outdoor adventure destination. “I look forward to getting out exploring and hunting all small game, waterfowl, and big game,” he says. “I am a novice fly fisherman at best but look forward to honing my skills in the many Colorado rivers.”

“Becca and Brad have demonstrated a strong commitment to helping protect and perpetuate our nation’s unequaled public lands hunting and angling heritage,” said Colorado BHA co-chair David Lien (a former Air Force officer). “Like America’s foremost hunter-conservationist, Theodore Roosevelt said, they know that, ‘Far and away the best prize that life has to offer is the chance to work hard at work worth doing.’ We need many more like them!”

Founded by Mike Beagle, a former U.S. Army field artillery officer, and formed around an Oregon campfire, in 2004, Backcountry Hunters & Anglers is the sportsmen’s voice for our nation’s wild public lands, waters and wildlife. With some 37,000 members spread out across all 50 states and 13 Canadian provinces and territories—including chapters in 45 states, two Canadian provinces and one territory, and Washington, D.C.—BHA brings an authentic, informed, boots-on-the-ground voice to the conservation of public lands. Since the Colorado BHA chapter was founded by David Petersen (a former U.S. Marine Corps helicopter pilot) in 2005 (the first official BHA chapter), they’ve grown their boots-on-the-ground presence to some 3,000 dedicated hunters and anglers.[2]