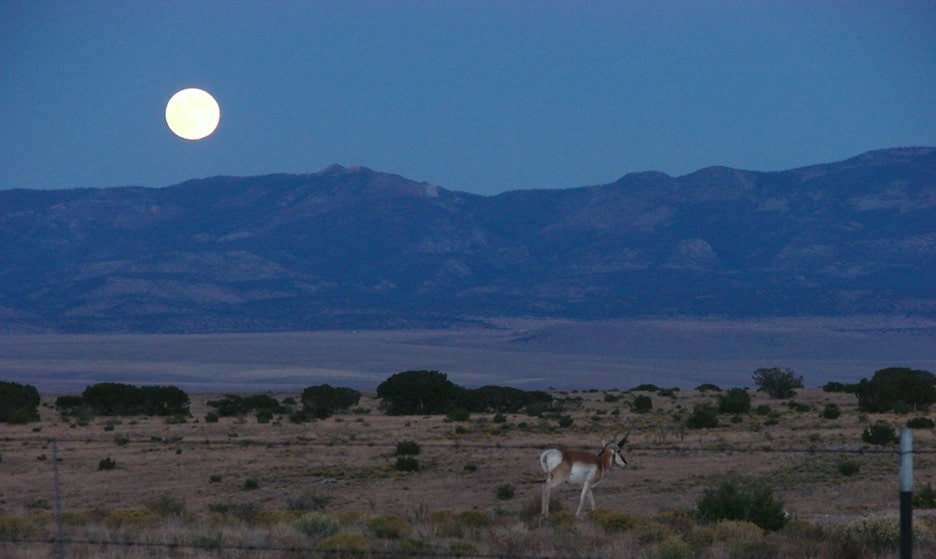 The State Game Commission met Thursday, but it was mainly an opportunity to discuss issues coming up in the future. Meeting online, commissioners heard a variety of reports and proposals, including one that would expand the Mentored-Youth Hunter Program, but took no action.

Information and Education Chief Lance Cherry unveiled a proposal to allow children as young as 8 to hunt deer, turkey, javelina and small game if accompanied by a mentoring adult. The current minimum age is 10. The program would also expand to include pronghorn antelope, which raised eyebrows among some on the commission. In their comments, most commissioners seemed to support both the lower age and antelope idea, but the proposal still must go through the public process before it can be adopted. He noted that the Department’s effort to increase hunter numbers seems to be working – New Mexico is one of a small number of states where hunter numbers are rising.

The department also announced plans to review and clean up game management unit boundaries, which Wildlife Management Chief Stewart Liley described as basically a housecleaning effort. Some GMUs currently overlap, others have small gaps between them, and in some GMUs the boundaries are based on roads whose numbers have changed. He hopes to have a proposal ready for adoption at the August meeting.

Department Director Mike Sloane gave a roundup of news that included some interesting tidbits, such as the recent approval of a record fine in a poaching case. Although he didn’t name the perpetrator, the poacher will be charged $74,000 for illegally killing a massive mule deer – 232.9 points, he said. In other news, Sloane said pneumonia has been found in the Rio Grande Gorge bighorn herd, but darted and collared animals show there is only minor mortality.

At their last meeting, Commission Chair Sharon Hickey announced four new subcommittees aimed at providing greater public input into game and fish management issues. On Thursday, the sub-committee chairs gave updates that they’re all just in the early phases and getting their feet wet. These sub-committees could be important avenues for hunters and anglers in the future, so stay tuned.

Fisheries Chief Kirk Patten had some good news about the native fish programs in New Mexico. Most native fish species seem to be making progress, including sportfish such as the Rio Grande cutthroat trout and the Gila trout.

And last, the Department finances got an airing by Administrative Services Chief Paul Varela. On the surface it looks like NMDGF is doing fine, balancing its expenses with the available revenues, but Commissioner Jeremy Vesbach said the agency has not seen a license increase for more than a dozen years and it needs additional funding.

The commission’s next meeting is scheduled for mid-August. To stay up-to-date on game commission meetings and other NM BHA happenings become a member today!

About Joel Gay
share on
See other posts related to New Mexico BHA
Get the latest news and stories, right to your inbox.
Search
Local Chapters