We're halfway through the legislative session, meaning it's time to catch our breath, lick our wounds, and get a clearer picture of where things stand.

At this 45-day mark the non-revenue bills with a good chance of becoming law will have needed to have passed through one chamber and sent to the other for round II.

Much of our testimony this session has been delivered remotely, but we've been in the halls of the Capitol lobbying and delivering in-person testimony there too.

We certainly have some things to celebrate, but for the most part, we still have our work cut out for us, and we need your help!

Here's an abbreviated (believe it or not!) recap of the Montana BHA's involvement in the 2021 legislative session thus far, along with stances on bills, links to opinion pieces submitted by our volunteer chapter leaders as well as action alerts where you can lend your voice today!

Let's start with some good news!

HB 147 - Rep. France (D - Missoula) - Would establish the Montana Hunters and Anglers Community Fund, a voluntary program allowing license buyers to donate $10 or more in support of Montana's rural communities. We provided testimony in support of this bill before it passed House Fish, Wildlife and Parks 11-7.

SB 60 – Sen. Flowers (D - Belgrade) - Would require trapper education for certain resident trappers. We provided testimony in support of this bill before it passed Senate Fish and Game 7-0; Full Senate 39-11.

HB 353 - Rep. Gunderson (R - Libby) - Would authorize replacement hunting license if wild game is determined unfit for human consumption by FWP. Hunters would be required to forfeit the entire animal and the intent is to encourage proper testing of Chronic Wasting Disease (CWD). We sent a letter supporting this bill after it was amended; it then passed by House FWP Committee 16-2; Full House 86-12. 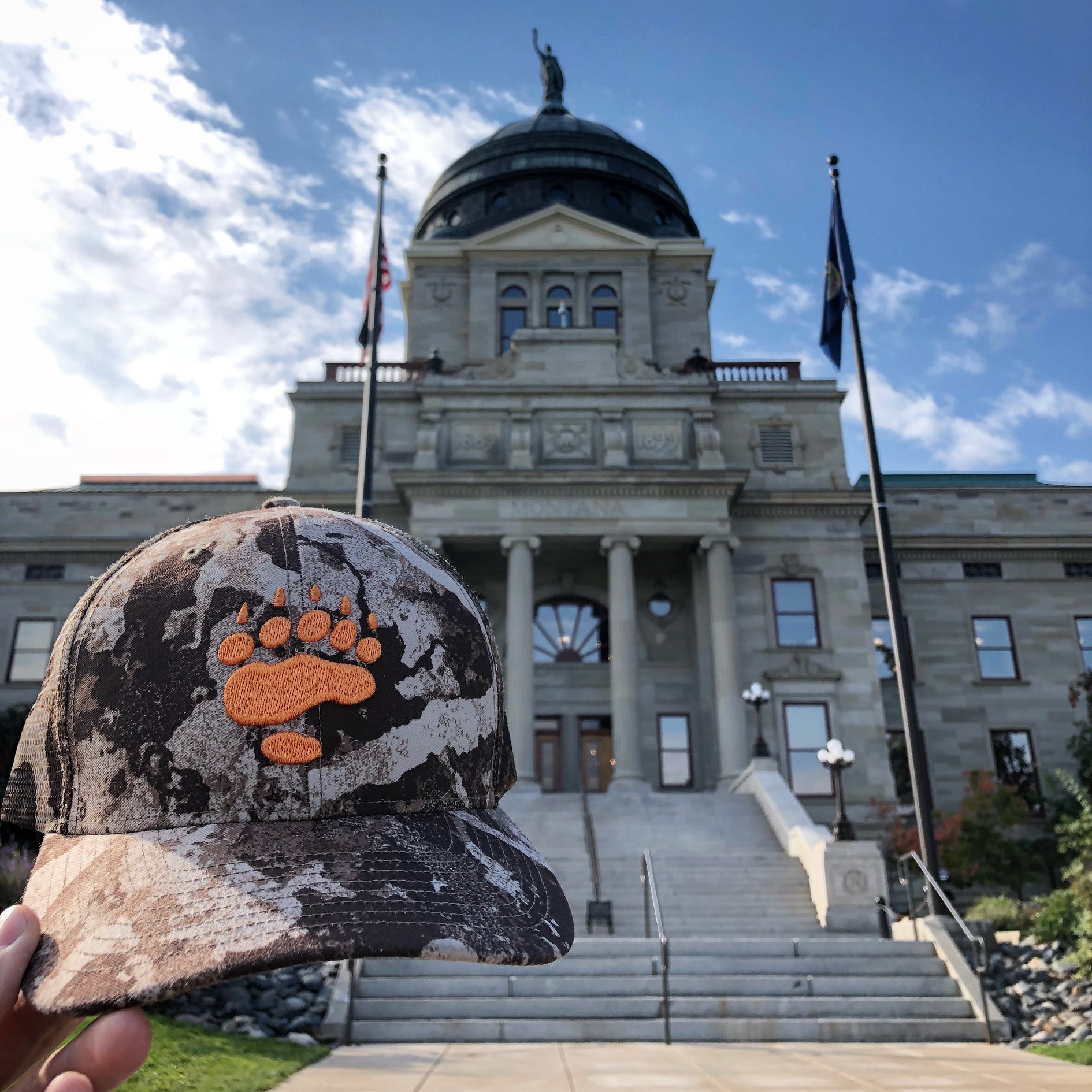 BILLS BHA OPPOSES THAT HAVE DIED:

HB 417 - Rep. Kassmier (R - Fort Benton) - Would have prohibited FWP from offering limited permits in any hunting districts over objective for elk, deer or antelope. This would have eliminated many of Montana's most coveted hunting permits including the Breaks bull rifle tags. Hunters showed up for this one, making phone calls and sending letters (BHA members sent nearly 6,500 emails!). The bill was withdrawn by the sponsor before it even had a hearing.

HB 352 - Rep. Hinkle (R - Belgrade) - Would have required public access for any conservation easement using public funding. While this may sound like a good idea, it'd effectively kill conservation easements in Montana by forcing landowners to include public access as a requirement in order to conserve their property. We should certainly encourage public access, but it would be unfair and unwise of us to force that. And we - and the wildlife we like to chase - still benefit from the 'cows not condos' future, even if we can't step foot on that important piece of often times seasonal habitat.⁣ We sent a letter opposing this bill; it was then tabled by House Fish, Wildlife and Parks.

HB 241 - Rep. Read (R - Ronan) - Would have revised hunting laws related to tribal boundaries, undermining tribal sovereignty and putting at risk the incredible fishing and upland bird hunting opportunities appreciated currently. The tribes showed up in force and shut this one down; we were there testifying as a 'me too' before it was quickly tabled by House Fish, Wildlife and Parks. 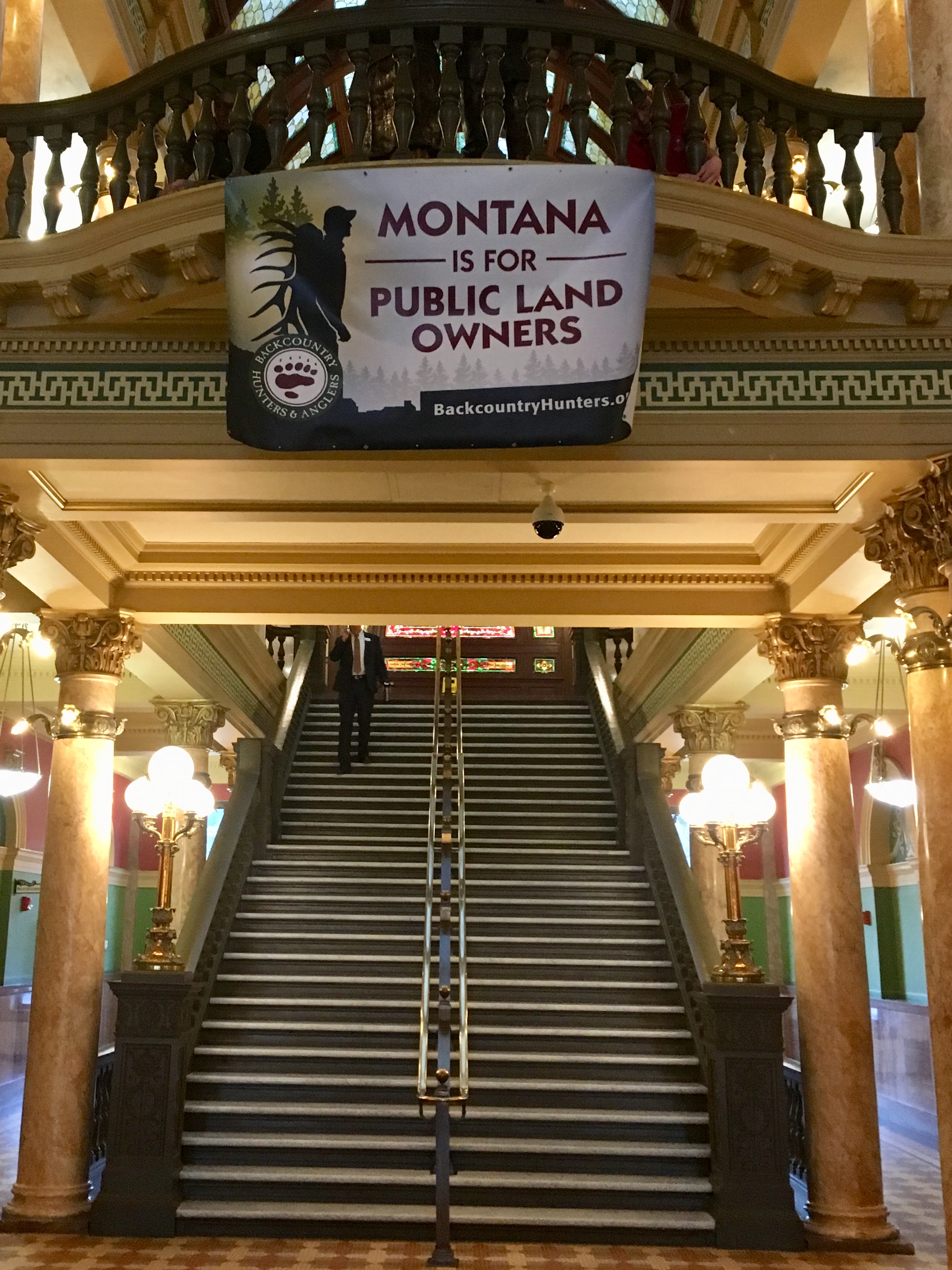 BILLS BHA OPPOSED THAT WERE IMPROVED THROUGH AMENDMENTS:

SB 153 -  Rep. Welborn (R - Dillon) - Would revise laws re: administration of FWP lands/waters and require that at least two State Parks Board members be business owners with one being a recreation-related business owner. Good amendments removed language that would have transferred administration of fishing access sites and Wildlife Management Areas to State Parks and Rec. Board (away from FWP). It had a hearing on 2/19, but since it's a revenue bill, no other actions have been taken yet.

SB 115 - Sen. Keith Reiger (R - Kalispell) - Would require the Montana Land Board also approve FWP's conservation easements (in addition to the FWP Commission). This adds unnecessary red tape and uncertainty to the process. Good amendments raised the bar for what easements would need Land Board approval, and encourages the Land Board to engage earlier in the process. We've opposed this every step of the way with alerts and testimony, but it passed Senate F&G Committee 7-4; Full Senate 30-20; House FWP Committee 13-5.

SB 360 - Sen. Lang (R - Malta) - Would have directed FWP to improve and enhance fishing opportunities for "fish species of greatest importance" and rev up the state's hatchery and stocking efforts significantly. Good amendments now direct FWP to assess and update the fisheries management plan and calls for public involvement in the new plan. Our oppositional testimony helped lead to these amendments before it passed Senate F&G 7-4; Full Senate 49-0.

And now for the bad news...

SB 2 – Sen. Cohenour (D - Helena) - Would have required FWP, when responding to a request for fish and wildlife data, to release a discrete amount and scope so as to prevent misuse. This bill was all about fair chase, maintaining quality experiences for all, and properly managing fish and wildlife populations. We offered testimony in support but the bill was tabled in Senate Fish & Game.

SB 256 - Sen. Flowers (D - Belgrade) - Would have added 'illegally gating a public road' as a form of harassment, giving law enforcement a bit more teeth in defending public rights. We published an oped and provided supportive testimony, but the bill was tabled in Senate Judiciary Committee.

SR 61 - Sen. Hinebauch (R -  Wibaux) - Would have confirmed Andrew McKean from Glasgow, MT to the Fish and Wildlife Commission. Sportsmen - and all who testified, including Montana BHA - overwhelmingly supported Andrew McKean yet Sen. Hinebauch admitted that "the governor wants to have some change in philosophy, and he prefers to have someone else, so that’s the route we're gonna go." The resolution was not supported by Senate Fish & Game Committee, nor the Full Senate - both votes on party lines.

HJ 3 - Rep. Tom France (D - Missoula) - Would have created a resolution asking the federal government to collect a fee at local USNP (Glacier, Grand Teton and Yellowstone) entrances to contribute to state and tribal wildlife management. Finally, a chance for non-contributory users to pay into wildlife management! We offered testimony in support before it was tabled by House Energy, Technology and Federal Relations Committee. 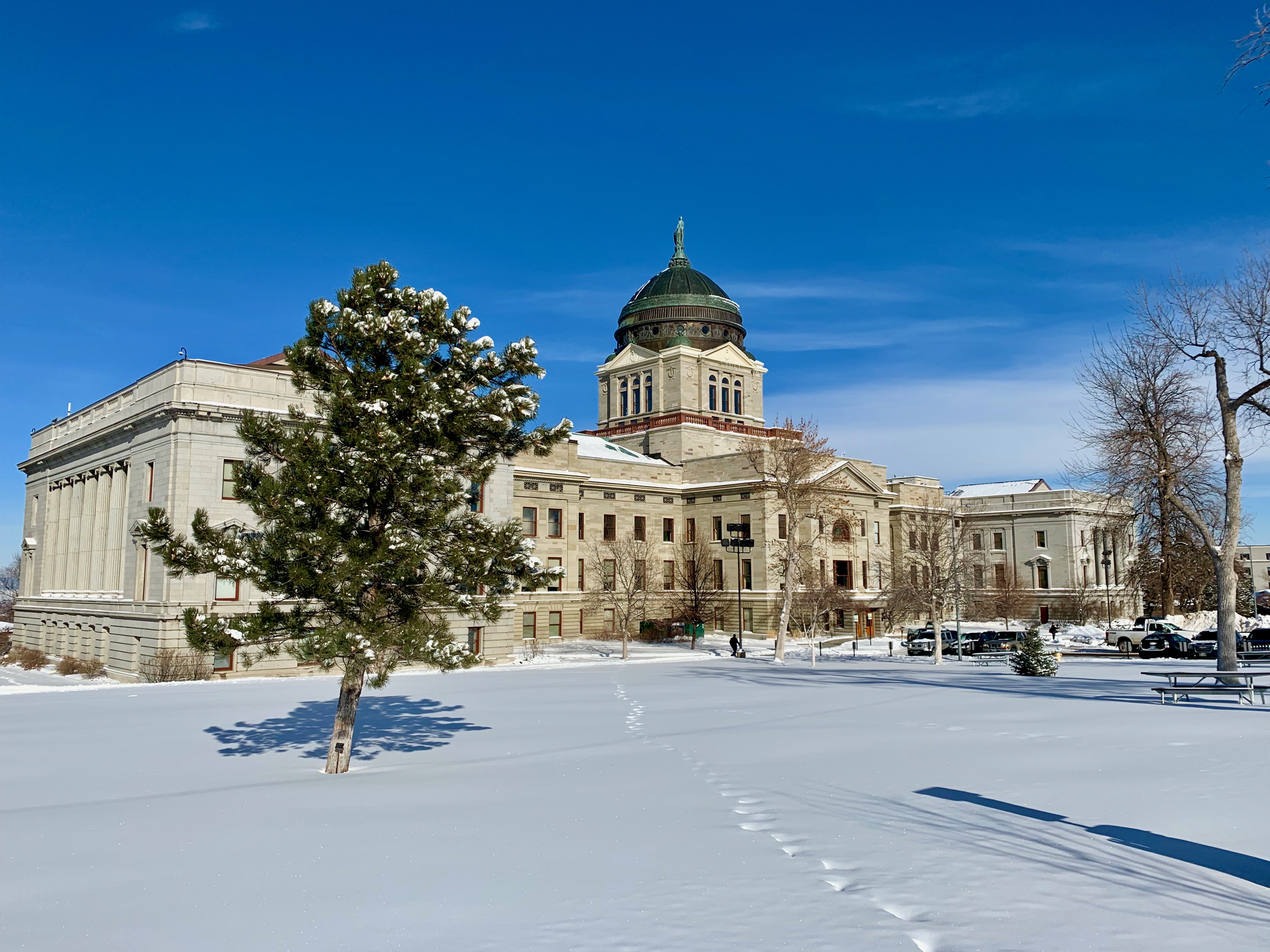 BILLS BHA OPPOSES THAT ARE MOVING FORWARD: The Worst of the Worst

HB 505 - Rep. Galt (R - Martinsdale) - While this revenue bill has yet to have a hearing, it's bad, and we need your help to defeat it. The bill would give any landowner owning more than 640 acres in a unit at elk objective up to 10 transferable, non-resident either sex elk tags (so bull tags). Additionally, the bill creates a system where private lands cow hunters are rewarded with five bonus points each year, completely skewing Montana's equitable opportunity system. Help us kill this bill by taking quick action here.

SB 143 - Sen. Ellsworth (R - Hamilton) - At first, this bill would have guaranteed 60% of non-resident deer and elk combo licenses go to outfitters and their clients. We opposed it for these reasons, before it passed Senate F&G Committee 7-4; it was amended on the Senate Floor before being sent back to Finance & Claims Committee. As it stands now, 40% of available non-resident tags will be available during an early (December) drawing for those willing to pay an additional $300. We still oppose for these reasons.

HB 320 - Rep. Gunderson (R - Libby) - This one sounds good, but it's not. It would encourage the transfer (and eventually the sale) of public lands by temporarily prohibiting the sales of federal lands that are transferred to the state. This is an identical bill to one sponsored by former Sen. Jennifer Fielder, the current CEO of the American Lands Council, an organization hellbent on the dismantling of our public lands heritage. We vehemently opposed this with testimony and BHA members sent in more than 4,000 letters, but it still passed House Natural Resources Committee 9-6 and the Full House 51-49.

SB 111 - Sen. Molnar (R - Laurel) - Would allow for the use of crossbows during the general archery season by disabled persons. We provided oppositional testimony because legislators should allow the FWP Commission to make these decisions and disabled bowhunters already have access to the Permit to Modify Archery Equipment (PTMAE). It passed Senate F&G committee 7-4; Full Senate 30-20.

SB 306 - Sen. Lang (R - Malta) - Would expand the Fish and Wildlife Commission to seven (which we're fine with), and requires that at least four Commissioners be landowners engaged in agriculture production (which we take big issue with). We delivered testimony against it before it passed Senate F&G committee 7-4; Full Senate floor 27-22.

SJ 7 - Sen. Welborn (R - Dillon) - Would create a resolution asking our federal delegation to remove Hidden Pasture Creek from WSA. This would put the recently transplanted bighorn sheep at risk and undermines the bipartisan suggestion from the EQC interim study which was to take a collaborative approach to these WSA. We sent a letter of opposition before it passed Senate Natural Resources committee 8-4; Full Senate 32-17.

HB 318 - Rep Holmlund (R - Miles City) - Would change the definition of 'wild bison' in a way that would forever prevent bison from being classified as 'wild' and therefore managed by FWP. We provided oppositional testimony before it passed House Agriculture 11-6; Full House 65-33.

HB 242 - Rep. C. Hinkle (R - Belgrade) - Would establish a muzzleloader hunting season in statute. Our initial reaction was to support this bill, but after further review we withdrew our support and now oppose it because the legislature should not be setting these seasons or weapon restrictions in statute and Montana' big game deserve a break after six weeks of archery-only hunting and five weeks of the general big game rifle season. It passed House FWP Committee 12-6; Full House 66-34.

HB 418 - Rep. Gunderson (R - Libby) - Would create a fund and a process to maintain federal right-of-ways granted by RS 2477, a federal law from 1866 used to settle the West. It was repealed in 1976, yet interest groups continue to use this in attempts to gain off-road vehicle access into areas they are no longer allowed, through both public and private lands. There is already an avenue to challenge these right-of-ways, and in our opposition we argued that the state should not be paying for these legal costs. It passed Natural Resources 9-6 and since it's an appropriations bill, no other action has been taken.

SB 255 - Sen. Flowers (D - Belgrade) - Would create revenue for bison management funding by offering an annual lottery to hunt a wild bison. Montana BHA plans on supporting this once introduced. 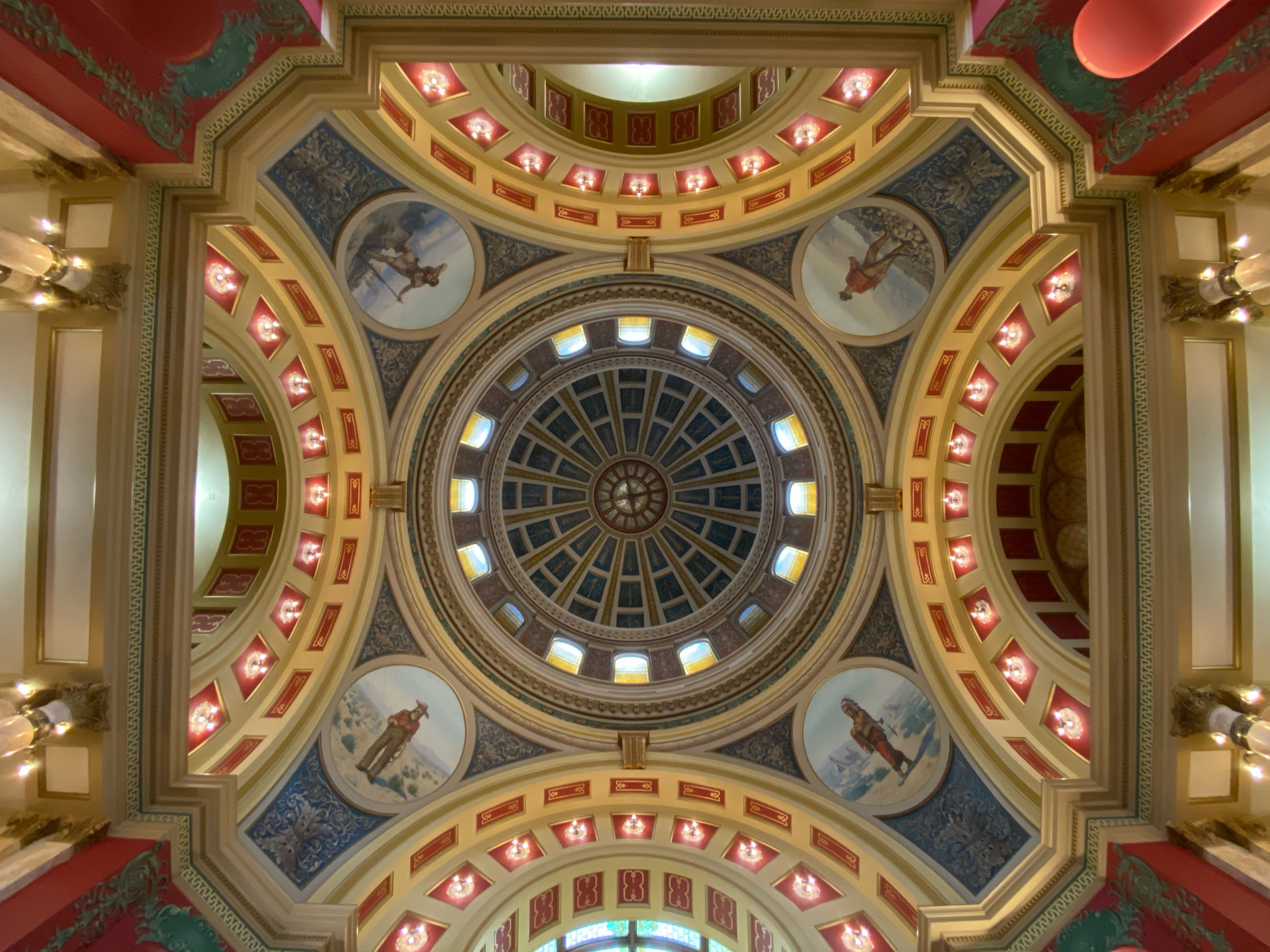 As you can see, there's a lot going on! And we could use your help!

In just 45 days, the volunteer chapter leaders of Montana BHA have engaged in 29 different bills in Helena!

An incredible amount of work has gone into each one of these - dissecting the bill language, speaking with experts and legislators, understanding the intent and outcome of proposed changes, researching talking points, drafting and delivering testimony, communicating these stances to the masses and building out alerts and messaging making it as easy as possible for other public land owners to join the fight and let their voices be heard.

Stay tuned for updates and calls to action. The MT legislature moves at an incredibly fast pace - sometimes too quick for us even to send out a statewide email; the best way to stay engaged is to follow us on social media, on Instagram or on Facebook, and when you see an action alert, please heed the call! YOUR VOICE MATTERS and - as you can see here - it can truly make a difference.

Consider supporting our work in Helena by joining BHA or renewing your membership here.