Backcountry Hunters & Anglers and Orvis teamed up in 2018 to give public land owners a chance to showcase their public lands experience and win one of four great prize packages by entering our 8th annual Public Lands and Waters Photo Contest. We received nearly 1000 images from all across North America. The BHA staff narrowed the submissions down to the top 10 and voted to select our final winners. Here, we’re happy to present you with the winning images of 2018 and the stories behind each of them. 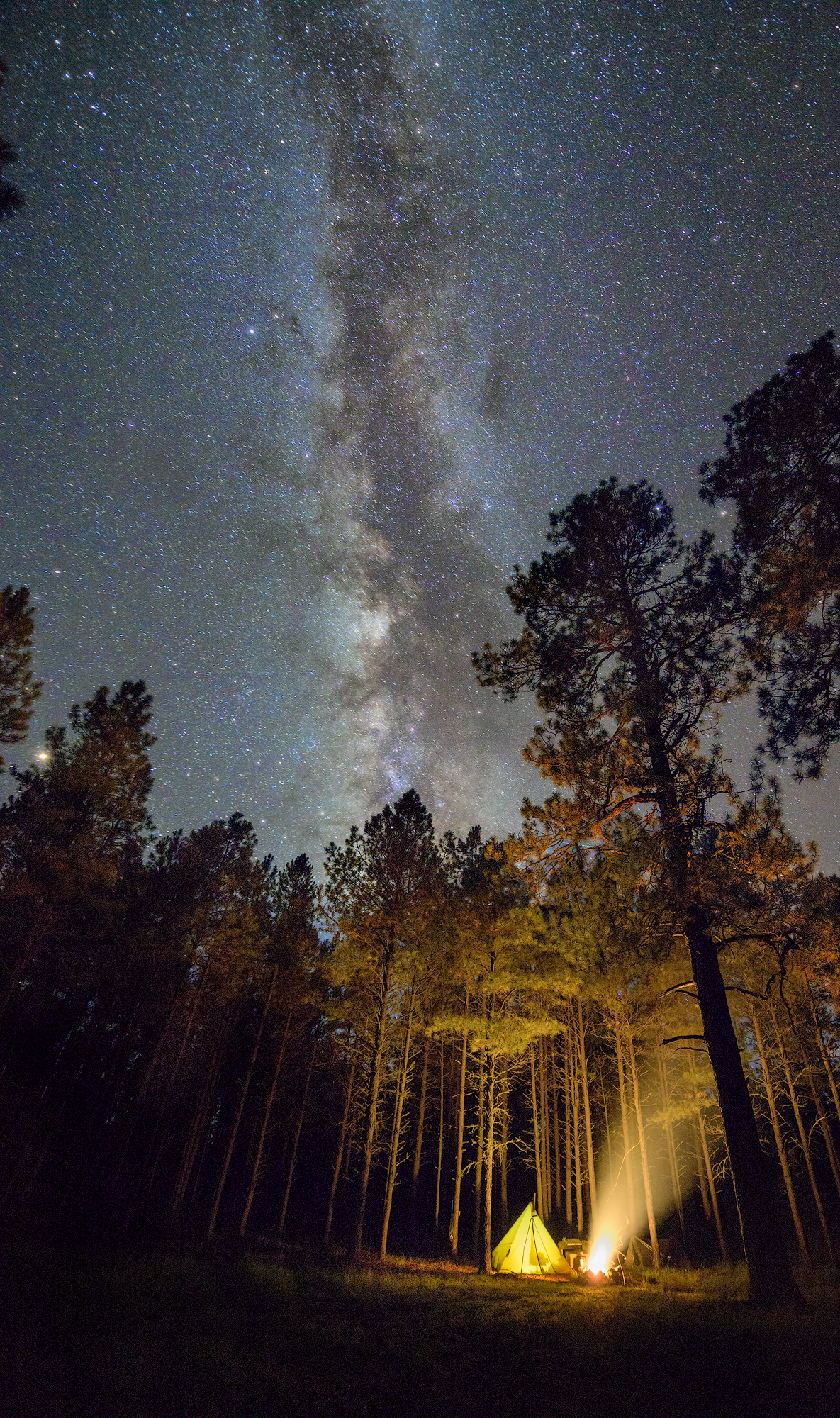 The Story Behind the Image

I was out in the Gila National Forest in New Mexico with a mule deer bow tag. It was opening weekend and we endured thunderstorms and rain nearly the entire time. On my last evening the clouds finally broke, opening up a beautiful sunset. I watched the stars in awe as the Milky Way made its way across the sky and waited for it to align over camp to take this image. It’s a rough and beautiful forest where camp was, nestled along the divided line of the Gila and Aldo Leupold Wilderness areas. Although unsuccessful in filling my tag and freezer it was a highly successful trip in terms of memories and beautiful sights. - Andrew Van Zielst 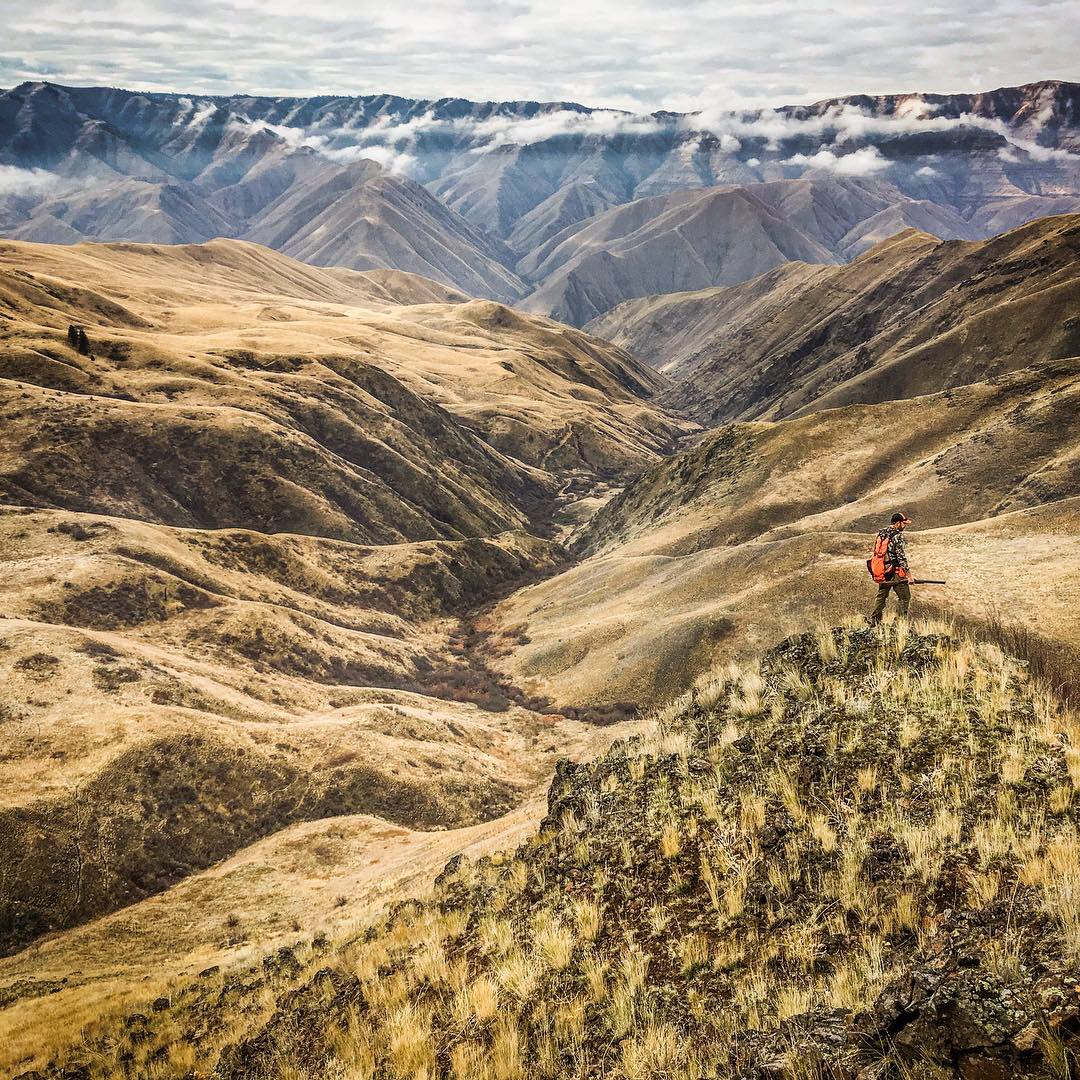 Story Behind the Image

The photo was taken in November on an ill-fated chukar hunt in Hells Canyon on public land managed in the Craig Mountain area south of Lewiston, ID. I do a lot of chukar hunting on public lands in both Washington and Idaho and I consider myself in reasonably good physical shape. This was my first trip to this area. Even though the topography looked intense on the OnX topo, we were surprised at just how steep and nasty the terrain was. The dogs did great and found a ton of birds, but the coveys usually flushed as we were climbing on all fours or struggling to stay upright on the scree. Chukars seem to be able to sense the insecurity in their predators and all but two escaped in a full day of hunting. There’s roughly 3,500 feet of elevation from the top of this canyon where this photo was taken down to the Snake River. All of it is public and open to anyone brave or crazy enough to explore it. - Seth Bynum 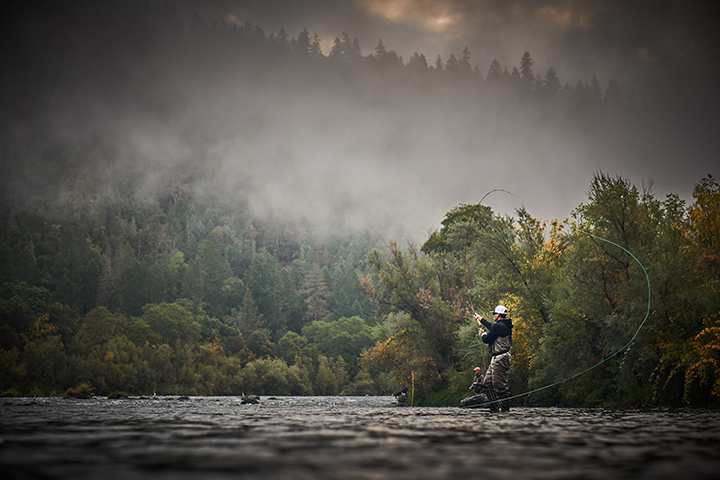 Story Behind the Image

While on a work trip to southern Oregon I was able to take advantage of an early morning to visit the Rogue River and take a look for steelhead. Arriving in the dark as the rain pelted down I geared up and stepped into the head of the run just as first light appeared and the rain began to ease. I swung through the run without touching a fish —not uncommon when fishing for steelhead— and as I reached the tail-out I turned back up river to see amazing mist rising through the trees and beautiful hints of warm morning light. Another angler had begun working his way through the run, so I asked if he would mind if I took his photo. He agreed and this image is the result. Although we had never met we chatted for quite some time about how lucky we were to witness such a beautiful morning in such a remarkable place. I ended up joining him in his boat to float part of the river resulting in us both bringing fish to the net. The ability to access a river such as this, experience a scene like the one we did and share it with new friends is something I will be eternally grateful for. - Toby Nolan 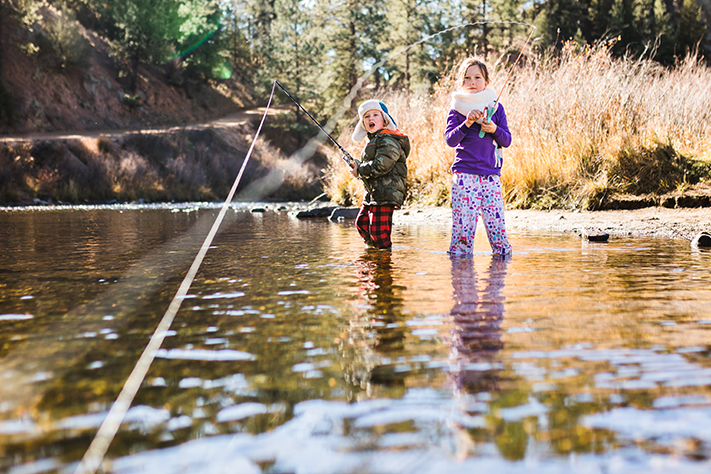 Story Behind The Image

This photo was from a last-minute camping and fishing trip in October on the South Platte River near Deckers, CO.  We were blessed with a gorgeous weekend, so we quickly packed up our camping and fishing gear and found a camping spot right on the river. My kids had the best time getting wet and practicing casting their kid casters for hours!  After fly fishing for a while, I traded in fishing gear for camera gear and snapped some photos while still out in my waders. I love how much this photo captures their love of nature and their adventurous spirits! - Kensie McFadden

At Backcountry Hunters & Anglers we’re committed to conserving the lands and waters that make our outdoor lifestyles possible. To be kept informed on regional and national conservation issues and to be kept up to date on stewardship opportunities in your area please become a member. Together, our work will ensure our ability to capture images and memories on public lands and waters for generations to come.

share on
See other posts related to the campfire photo contest
Get the latest news and stories, right to your inbox.
Search
Local Chapters