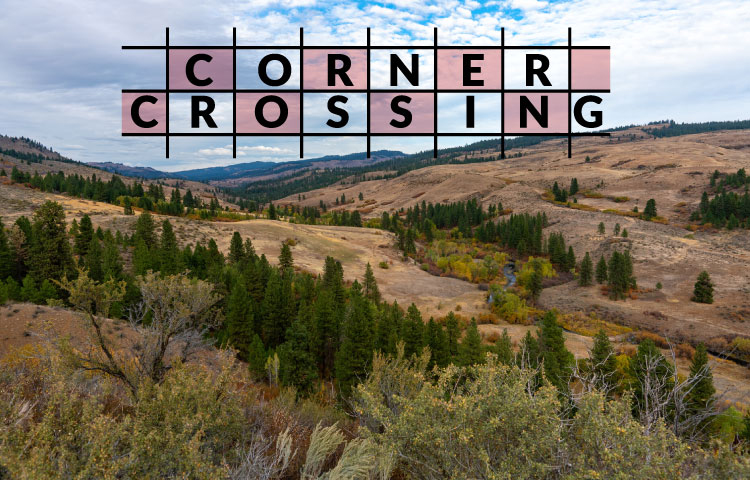 From the beginning, Wyoming BHA has stood in firm defense of the four Missouri hunters who are being wrongly and egregiously prosecuted for civil and criminal trespass for accessing public lands by "corner crossing" in Wyoming.

“Corner crossing” refers to the act of stepping from one corner of an accessible parcel of public land to the adjoining corner of an inaccessible parcel of public land. It’s akin to moving pieces across a checkers game board. Corner crossing is neither explicitly legal nor explicitly illegal in the state of Wyoming. It is a critical issue for BHA, however, given its implications for public access to our public lands.

BHA has filed an amicus brief in this case as well. The U.S. District Court for Wyoming is expected to hear this summer, and its ruling could help establish the legality of “corner crossing," potentially opening up access to millions of acres in 11 Western states.

In its brief, BHA maintains that the plaintiff in this case “cannot secure for itself the value of public land interspersed with its property by threatening trespass, since the government and its licensees (the public) have an equal right to access their lands.”

“A landowner with half the ownership of a corner does not have the right to restrict public access by the owner of the other half of the corner – namely the federal government, and by extension, the people of the United States of America,” said Land Tawney, BHA president and CEO.

“BHA members rely on access to public lands and waters to pursue our passions,” Tawney continued, “and thus we are deeply invested in resolving the issues surrounding corner crossing.”

With contributions from public land owners across North America, more than $115,000 has been raised to aid in the legal defense of the hunters to get a fair and equitable trial in court. We believe no single private land owner should have the right to claim exclusive access rights to your checker-boarded public lands. Thousands of BHA members and supporters likewise have pledged their support for corner crossing and the ability of members of the public to legally access U.S. public lands.