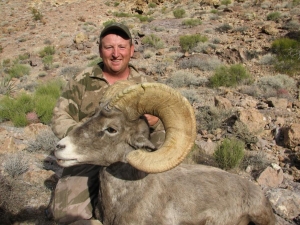 Buzz was born in Missoula, Montana and grew up hunting, fishing, and trapping in western Montana with his parents, grandparentsand brother. Elk and deer hunting were always the focus, but mountain goats, moose, and bighorn sheep provided some great backcountry adventures.

Buzz attended college at the University of Montana and received a Bachelors in Forestry Resource Management. While attending college, he also worked for Region 1 of the U.S. Forest Service at several ranger districts. From 1998-2000 he worked for the School of Forestry as a Project Manager, overseeing a large contract with Turner Enterprises as a Riparian/Wetland Manager. Currently he is working for the Forest Service's Rocky Mountain Research Station.

In 2000, Buzz and his wife, Patricia, moved to Laramie, Wyoming and are enjoying the great hunting and fishing opportunities Wyoming has to offer. Buzz also enjoys the challenge of hunting new species and states all across the West. Hunting adventures have taken him from near the Arctic Circle to within a mile of the Mexican border. 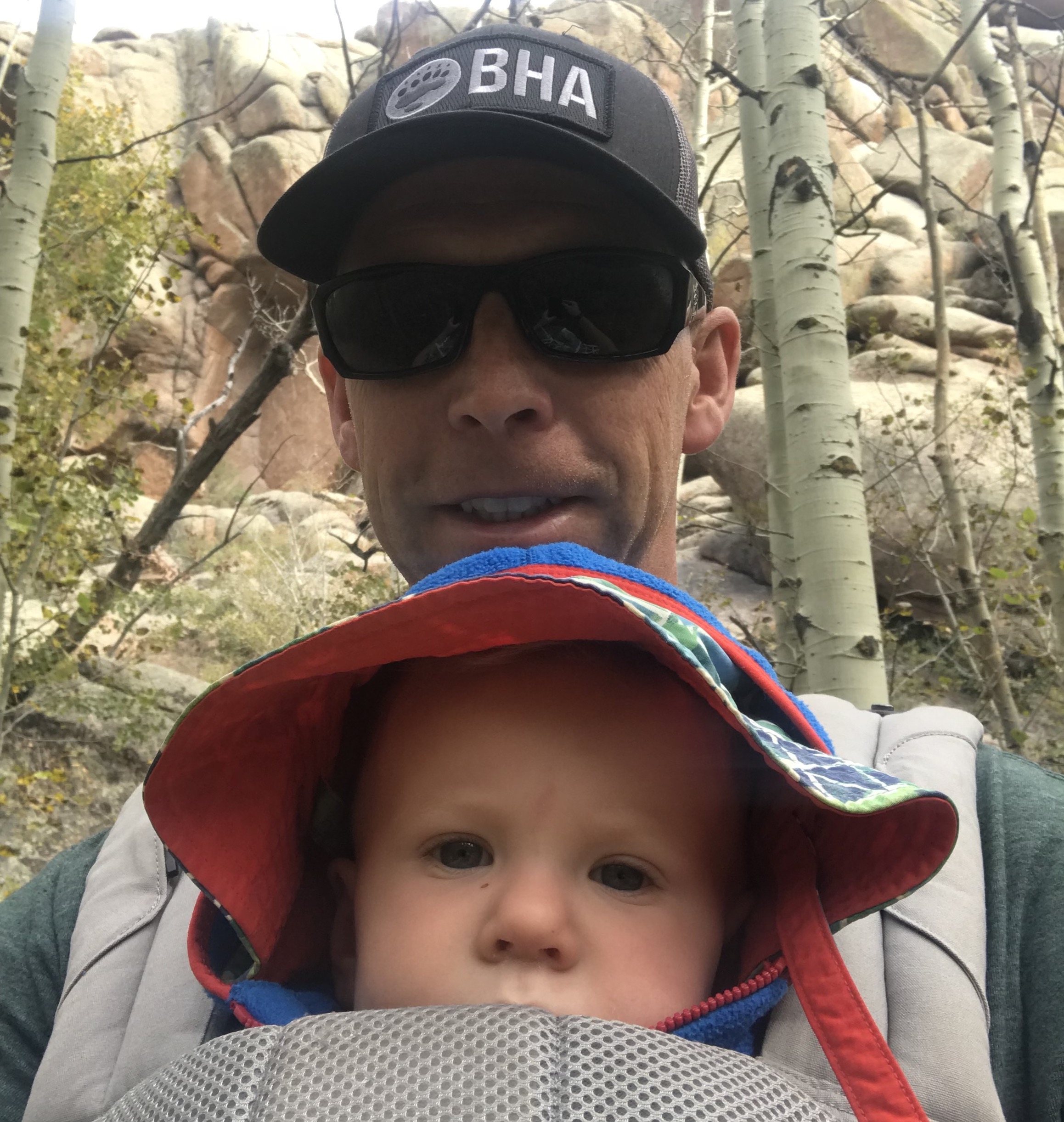 Emmett Nelson lives in Laramie with his wife Tennille and three kids; Evie, Leif, and Finn. He owns and operates an engineering services business where he works on composite materials and software development for the aerospace, transportation, and recreation industries. As a small business owner, he brings a unique perspective of collaboration and perseverance to the board. He was born and raised in Willmar, MN where he grew up hunting upland birds, whitetail deer, and fishing. As a young man, he moved to Wyoming for graduate school and mountain recreation.

Emmett is an avid upland bird hunter, chasing the many species of birds available in Wyoming and the surrounding states with his pointing dogs Einer and Rocket. As a big game hunter, he enjoys the vast opportunities to hunt and explore that Wyoming offers. During his free time, he enjoys camping, riding bikes, and chasing his kids around. He is a BHA life member and has been an active member of the Wyo

ming board for a handful of years. 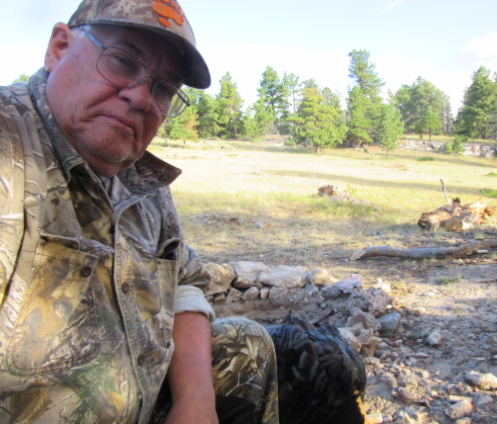 Tom joined BHA around 2014 after hearing about it online. He is currently a Life Member/Sustaining Member.

He grew up near Portland, OR and spent most of his life in Oregon. He has also lived in Washington, Tennessee, California, and Hawaii. He moved to Wyoming in 2010 after retiring from the City of Portland, OR where he worked for 24 years in the Water Bureau.

His Grandfather took him fishing all over the west from when he was 8 including trips to Yellowstone and many weeklong trips to the Oregon coast and to the Cascade Mountains.

Tom has hunted big and small game in Oregon, Washington, Colorado, Tennessee, California, Alaska, and Hawaii. Today he hunts exclusively in Wyoming. Tom hunts Wild Turkey, Deer, Elk, Antelope, small game, predators, and forest grouse. He hunts with a rifle but does shoot a bow for sport. When he is not hunting he can be found with a camera in his hand. He has fished all over the US, including Hawaii and Alaska, and around the Pacific and the Middle East. He also fishes in Wyoming and in Oregon on trips home. He fishes primarily for trout species on a fly but also fishes for saltwater fish and salmon in Oregon.

He has an Associate’s Degree in Civil Engineering from Portland Community College. He worked for 30+ years in the Waterworks industry including the 24 years with the City of Portland, primarily in design and Project Management.

He currently lives in Cheyenne 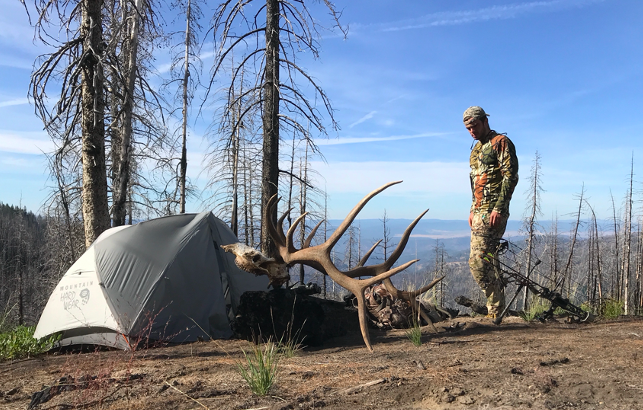 Tanner joined BHA in October of 2018, attributing his introduction to our work to Hal Herring and Steve Rinella. Tanner grew up outside of Auburn, Alabama and moved out West as soon as he could. Some of Tanner's earliest memories are catching big Alabama bass on a two-foot Mickey Mouse spin cast pole. He grew up primarily as an avid spin fisherman for bass and fly fisherman for trout with his Dad always by his side. Tanner's obsession with bowhunting began when his Dad bought him a compound bow for Christmas in middle school. Tanner slowly learned every possible way to make mistakes as a bowhunter on a mix of  public and private land out East until he moved out West. Tanner now primarily bow hunts for big game and fishes for trout. That being said, he will happily hunt or fish for anything given the opportunity. Tanner went to college at Oregon State graduating with degrees in Chemical and Environmental Engineering and accepted a job as a Civil/Environmental Engineer in Laramie, Wyoming. 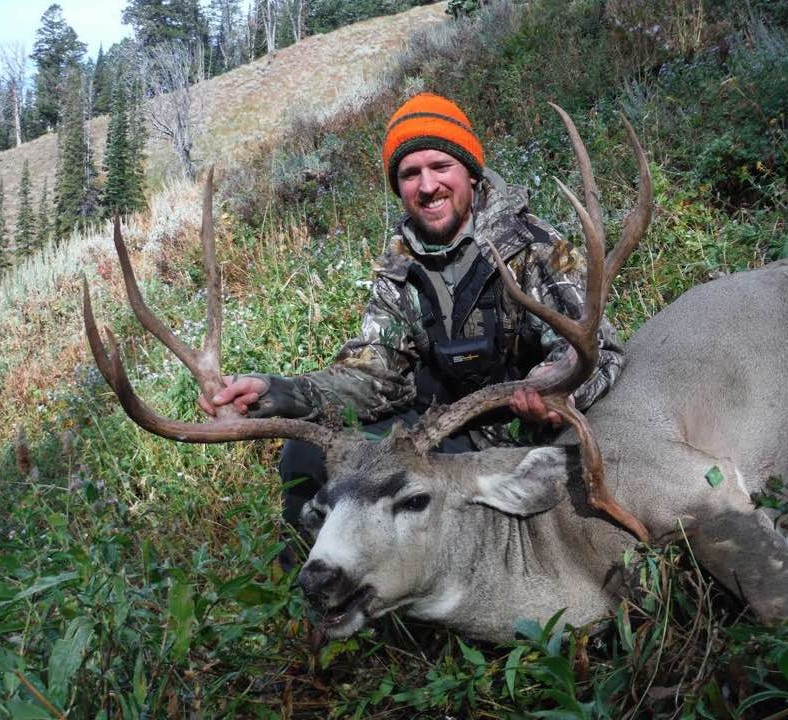 Erik lives with his wife just outside of Jackson, Wyoming and works for the National Park Service. He moved to Wyoming 8 years ago to chase his dream of hunting and fishing in the vast wild landscapes of the west. Erik cut his teeth at the age of 10 hunting whitetails, turkeys and small game while growing up in the hills of northern New Jersey and has been a diehard fisherman since the day he could up hold a fishing pole. Today his favorite days in the field are spent burning boot leather in the mountains chasing bugling bulls with a bow. However, he won't pass up the opportunity to take home a mule deer, antelope, or grouse for the freezer, cast a fly to a cutthroat, or jig through the ice for lake trout. Erik brings to the board the perspective and fresh enthusiasm of a lifelong sportsman who discovered the bountiful public land paradise of the west later in life and grew up in a place where public access was hard to come by. He also brings valuable knowledge from a career in habitat restoration and land management and a passion for protecting wild places for us to hunt, fish and recreate.

Jared Oakleaf is a BHA life member and legacy partner out of Lander Wyoming. He is a civil servant and volunteers for several conservation organizations. He credits mule deer with teaching him to have a high fidelity to his home range.

He brings to the board an ability to build coalitions and partnerships, while simultaneously upholding BHAs mission and values. 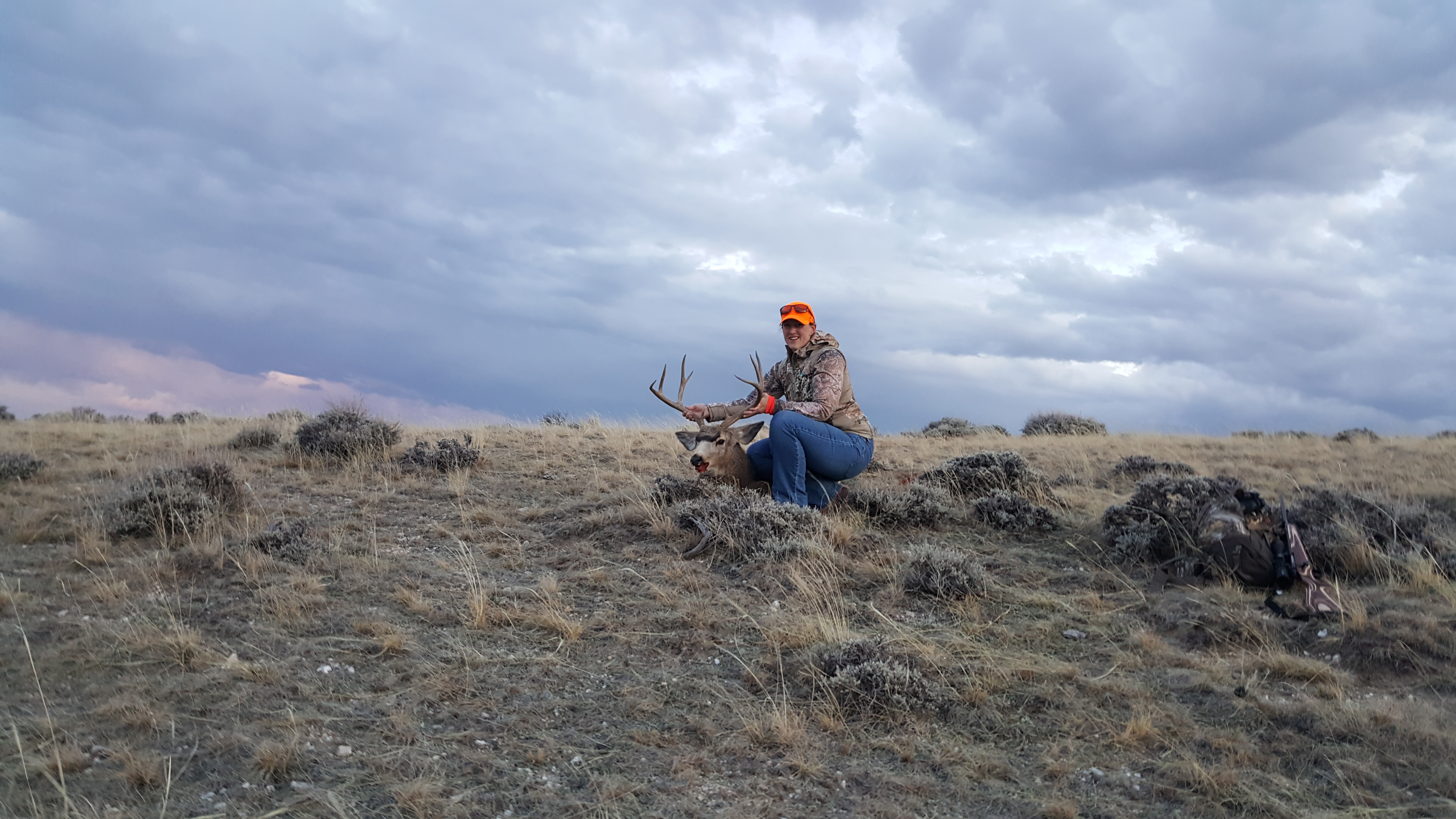 Megan joined BHA in 2016, as a direct result of public land transfer attempts occurring across the West. She grew up on a small farm in northeast Colorado, but now calls Lovell home. Megan started fishing in high school with her best friend at her stock pond and got into hunting when she met her husband. Megan got her bachelors degree in wildlife and fisheries biology from the University of Wyoming. 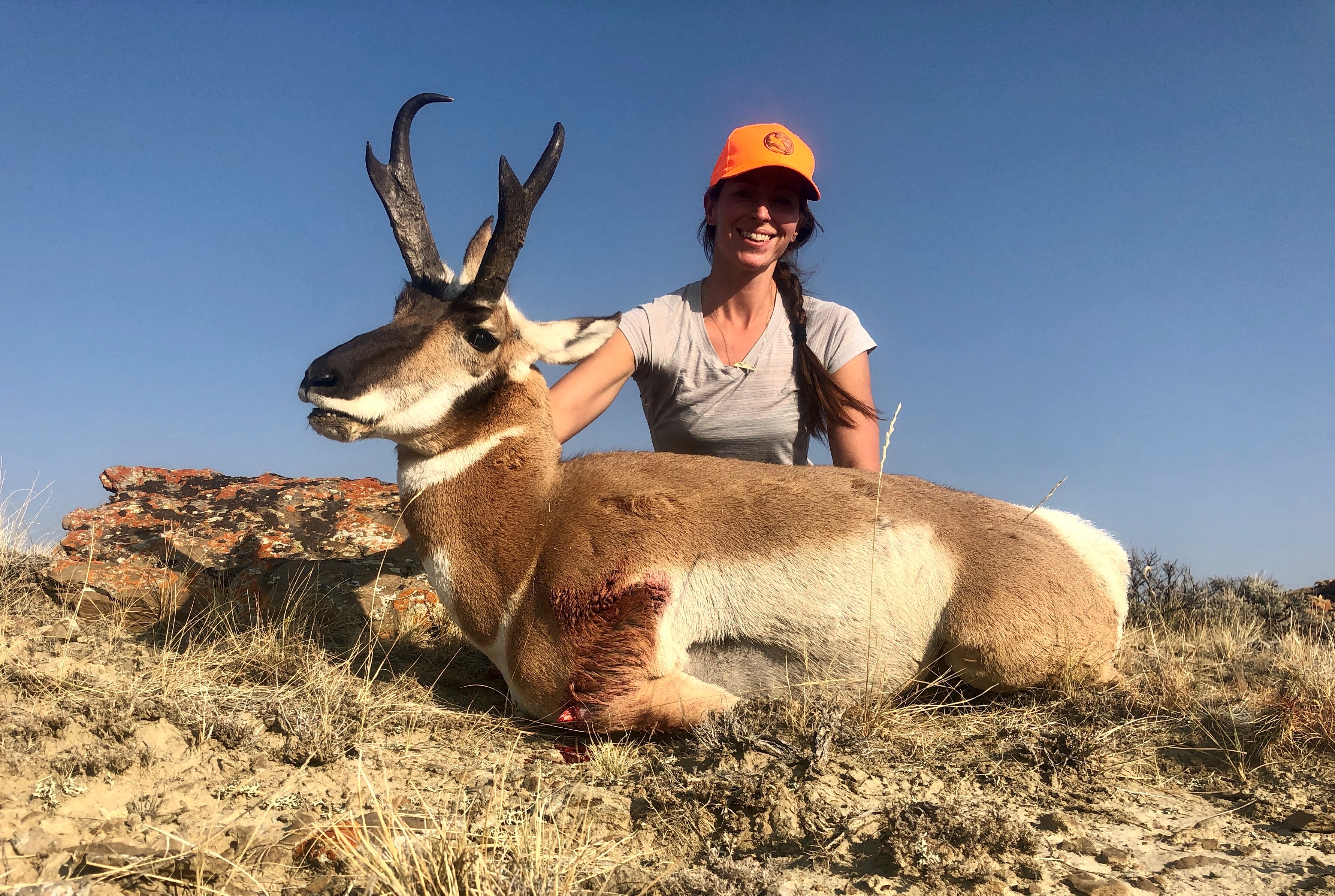 Kayla joined BHA in 2019 after hearing about all of the great projects BHA was involved in through hunting podcasts. Born in Saint Louis Park, MN Kayla Moved to Pierre, SD in 2nd grade and grew up there on the Missouri River. Kayla's Dad and his family hunted and fished and so she was brought out at a young age fishing and to flush pheasants prior to joining deer camp with her Dad, brother, grandpa, uncles, and cousins. Kayla's family helped foster her love of hunting and fishing. With them and the support of friends, she gained the confidence to actively pursue hunting and fishing year round on her own and with others as her passion continued to grow. She would call herself a generalist hunter. She loves the challenge of big game, but also looks forward to upland birds, and dreams of the once in a lifetime hunts. She also enjoy all types of fishing, from backpacking into alpine lakes to fly fish for trout, bowfishing for carp from her paddleboard, ice fishing, and spin/baitcasting for whatever bites wherever she may be traveling. Kayla is a Physician Assistant based in Cody. 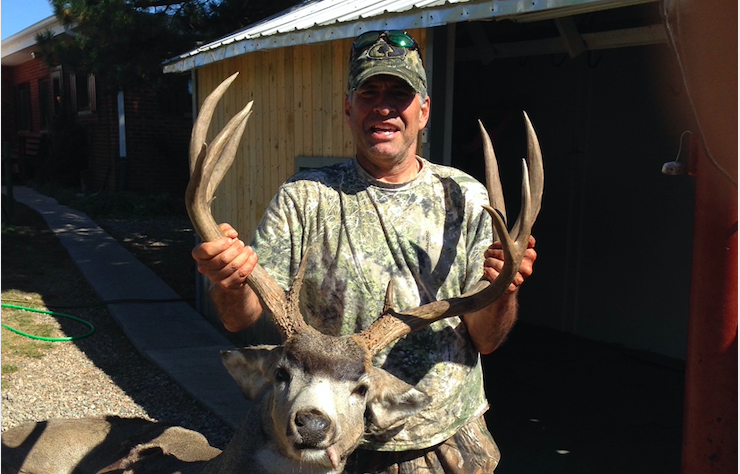 Pete was born and raised in Central Pennsylvania where he grew up hunting small game, turkey, whitetail deer, and fishing. He hunted and fished with parents, uncles, grandparents and friends with the primary focus on whitetail deer.

Pete, Diane and their two bird dogs (Bella and Gunnar) reside outside Buffalo Wyoming. During the spring and summer months Pete spends as much time as possible in the Bighorn mountains on his horses or with a fly rod in his hand. Pete spends the fall season either bow hunting or with a shotgun in hand hunting birds. During his free time (when he's not hunting), he enjoys running, hiking, backpacking and fishing with Diane and his animals. 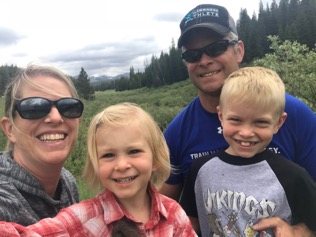 Hi, I am Wallace Leastman.  My wife, son, daughter, and I live in Gillette, WY. Growing up my family did not hunt, however we received wild game from friends for a source of meat. I have always enjoyed trapping and hunting and I sought out people to mentor me in the hunting world. Now, much of my spare time is spent hiking, hunting, or fishing on our public lands. Last year I graduated with a Bachelor’s Degree in Organizational Leadership. I feel that with the knowledge I gained while pursuing this degree will benefit the BHA. Last year I began my journey as a guide for elk hunting in the Big Horn Mountains. Preserving the public land and educating future generations is a legacy that I want to leave. 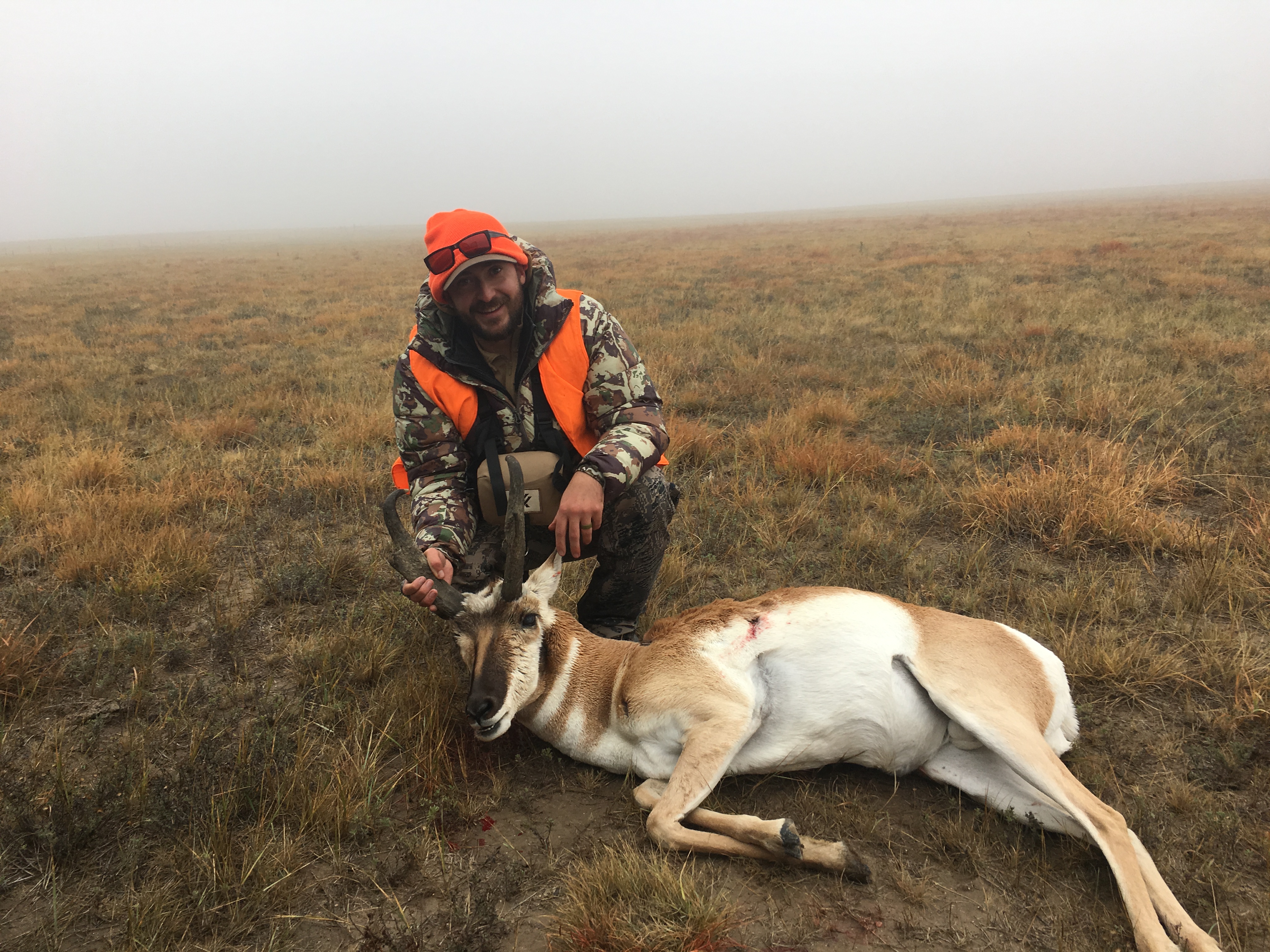 Brien was born and raised in Colorado. For as long as he can remember his family has come together for reunions timed around hatches, hunts, and favorite landscapes. After receiving a BA in Government from the University of Redlands, Brien headed to Zambia where he spent two years with the Peace Corps. Upon returning home Brien found his way to the West Slope of Colorado where he worked on public lands and water conservation issues with Conservation Colorado as a community organizer.

The opportunities and experiences made possible by our public lands and waters have shaped Brien’s identity and deepened his passion and curiosity as a sportsman. When he’s not in the office, chances are he’s in the field or on the river sharing his favorite pastime of pursuing wild game in new and familiar landscapes with his wife Holly, family, and friends. Brien is thrilled to be working with BHA, and as a chapter coordinator he’s committed to supporting and amplifying the efforts of the Wyoming and Colorado Chapters.