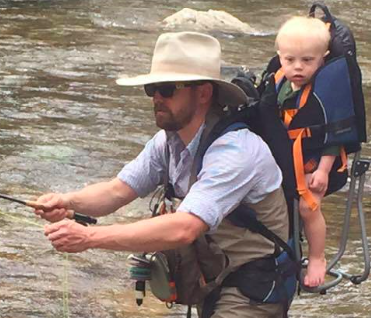 I grew up in West Virginia running around through the woods and playing in the creeks that surrounded our family farm. Growing up in rural Appalachia, hunting and fishing seemed normal activities and that everyone just lived that way.

I started working at our local outdoor store when I was 17. It was an iconic shop and sold everything you could want for climbing, camping and backpacking. Little did I know then that it would lead me into working in the outdoor industry for the next 25 years. Chasing snow and mountains landed me in Colorado and Montana for several years. It is in Colorado that I started fly fishing some 22 years ago.

I am fortunate to be able to make my living fishing and guiding here in West Virginia. I fell in love with all the wide-open space that the West provided and the amount of open public land that is out there. When I came home to West Virginia I found that many of the places I hunted and the woods I ran around in were no longer there. I have two boys and being able to make sure they have a place to go and have the same experiences that I had is of the highest priority for me. That is why I am a BHA member! 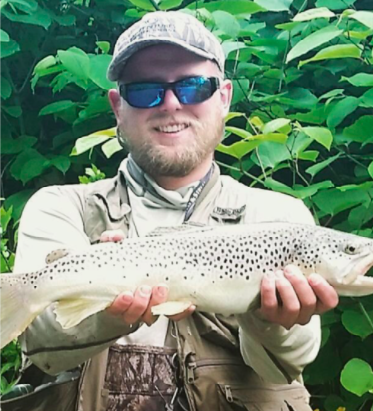 I grew up on a family farm on Ohio's Whitewater river. I was fortunate to have the opportunity for excellent smallmouth bass fishing, deer hunting, and waterfowl right out my back door. While I had been exposed to public lands through family backpacking and fishing trips, it wasn't until college that my focus shifted to hunting on public ground. I quickly realized that hunting and fishing access was not to be taken for granted. I spent my free time roaming Wayne National Forest while earning a degree in wildlife and fisheries management.

After graduating I moved to Fayetteville, West Virginia, and have been guiding fishing, hunting, and whitewater rafting trips there for 10 years. I volunteer for the Trout Unlimited Water Quality Monitoring Project and am currently working on a degree in environmental science to further my career in conservation.

When I'm not in the Monongahela National Forest or New River Gorge National River, I spend as much time as possible hunting, fishing, and rafting on public lands and waters from coast to coast. 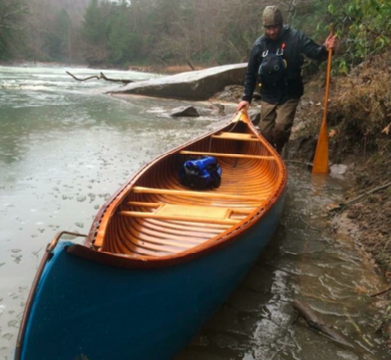 I grew up in Dayton, Ohio and while I loved the outdoors my perception of hunting was that it was a redneck activity in which the goal was to kill an animal for antlers.

Rivers brought me to West Virginia straight out of high school; throughout the next decade of being a dirtbag kayaker I was exposed to a different side of hunting. Before the BHAs and Steve Rinellas of the hunting world began their sermons, West Virginia culture taught me that this is how families feed themselves and connect to the outdoors. In a short time span apathy turned into respect, respect turned into interest and the fact that my living situation had upgraded from a car to a camper to a bus to a house meant that I now had a freezer to fill.

I purchased a beat-up rifle from a friend and a used bow from a pawn shop. Book knowledge substituted for experience and I bumbled my way through the woods for the first handful of years, luckily filling my freezer.

While I enjoyed the connection to West Virginian culture that hunting brought me, I felt a disconnect to what I saw in the hunting media. I forged my own hunting philosophy based on wild game and the love of the outdoors. Years later I discovered the work of Steve Rinella and BHA and finally found a kinship of ideas surrounding hunting.

Somehow the dirtbag kayaker life rolled into working at an advertising agency, which rolled into owning my own production company, Thelonious Step. I live in the New River Gorge area where I enjoy the public lands at my doorstep on a daily basis. 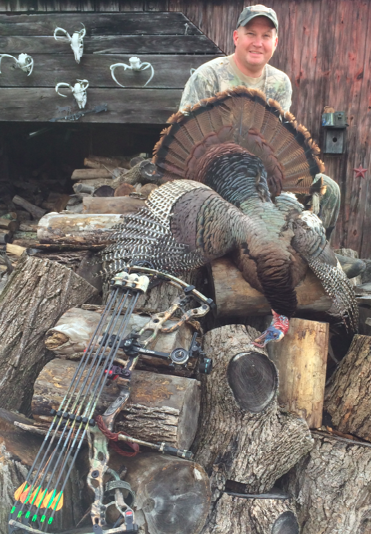 I’m an avid outdoorsman who grew up in the mountains and on the streams of West Virginia. I was born in Charleston, WV and raised by a single mother who taught me to work hard for everything and good things will come. From my youngest memories I have always had a strong desire to be in the woods chasing whatever was in season or maybe just hiking to see what is over the next ridge. In my early 20’s I married the love of my life and we moved to South Georgia. For the first time in my life, I experienced what it was like to be surrounded by mostly private land with the inability explore. This is when I began to become aware of the importance of public lands. After a couple years went by, my wife and I moved back to West Virginia had two boys and began to raise our family.

In the past 25 years I have been very fortunate to hunt, fish, hike and run races on public lands in Alaska, Idaho, Montana, Wyoming, South Dakota, North Dakota, Nebraska, Iowa, Colorado, Utah, New Mexico and Arizona. I have also hunted south of the border in Mexico and have been able to see what it’s like when that beautiful country is not public. My experiences have made me fully aware of the unique gift of public lands that have been protected and preserved by those before us. Spending so much time east and west has helped me see how many people are unaware of the vast public lands and how easily they can disappear. I believe the work BHA is doing is incredibly important for everyone in the future of this country. 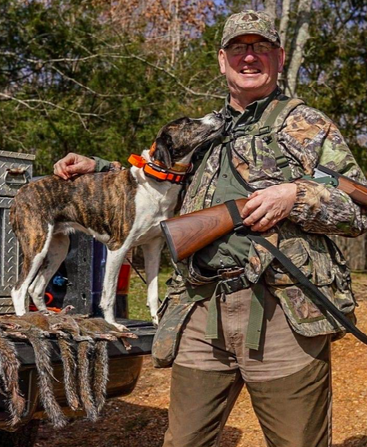 I have been a hunter, shooter and outdoorsman all of my life. I gave 36 years to working as a Conservation Officer and Natural Resources Police Officer, retiring with the rank of Captain with WV DNR Law Enforcement.

I own too many dogs, not enough shotguns and I am always looking for another place to hunt. I live with my long suffering wife Helen in Fayette County, West Virginia and we have two children, Sarah and Jesse, all of whom wish Dad would not wear camo clothing year round and refrain from discussing skinning or field dressing something in mixed company.

If you hunt with me I will make you late, get you lost, and mooch part of your lunch, but will always take you on an adventure. While I do not claim to be a definite expert on anything, I have some pretty strong opinions on everything and am I more than happy to tell you about them.

I grew up in North Central WV hunting whitetail and fishing farm ponds and Stonewall Jackson lake for bass. In college I started getting into backcountry hunting and fly fishing as well as exploring the Mon National Forest.  Since then I've still been exploring what the public lands have to offer and want to protect that as well as promote and introduce others to that same appreciation I have found.  I graduated from Fairmont State with a degree in Civil Engineering and work as a construction project manager.   I'm an avid fly fishermen who enjoys brook trout blue line streams as well as float trip smallmouth bass. I also hunt and try to get out as many days as I can pursuing big and small game and filling our freezer with wild game meat.
Ross Tuckwiller
Ross grew up an avid hunter and angler on his family’s farm in Greenbrier County, WV and the nearby Monongahela National Forest.  After graduating from WVU with a degree in Wildlife and Fisheries Resources, he moved to DC to work as the Energy Development Policy Coordinator for the American Sportfishing Association.  Following his time with ASA, Ross moved to Durango, CO to work as a Field Representative for the Theodore Roosevelt Conservation Partnership in Colorado and New Mexico, focusing on responsible energy development among other public lands issues that impacted sportsmen and women.  After a couple of years in the west, Ross moved home to help manage the family farm in WV and began  a career as a Watershed Design Specialist with the West Virginia Conservation Agency, restoring habitat and stability to impaired rivers and streams throughout the state.

Away from work and the farm, Ross enjoys every minute spent outdoors hunting and fishing, with a particular fondness for laying out flies on cold mountain water and chasing gobblers on cool spring mornings.  There is a special place reserved for conserving our outdoor heritage and passing along to the next generation that which has brought so much joy.

RJ Callaway
I was born and raised in southern WV. Hunting and fishing has always been a huge part of my life. After high school I attended WVU for a BS in Wood Science and Technology. While at WVU hunting and fishing may have taken a priority over classes. The many public lands around Morgantown fueled my passion for the outdoors. I have been lucky enough to travel throughout North America from southern Florida to northern Canada hunting and fishing. Bow hunting is my passion along with fly fishing and kayak fishing the rivers. I have guided many fly trout fishing clients at Glade Springs Resort. The NRG has always been a part of my life from white water rafting, small mouth fishing, and hunting. I hope to be able to stay informed and involved with our public lands for future generations. 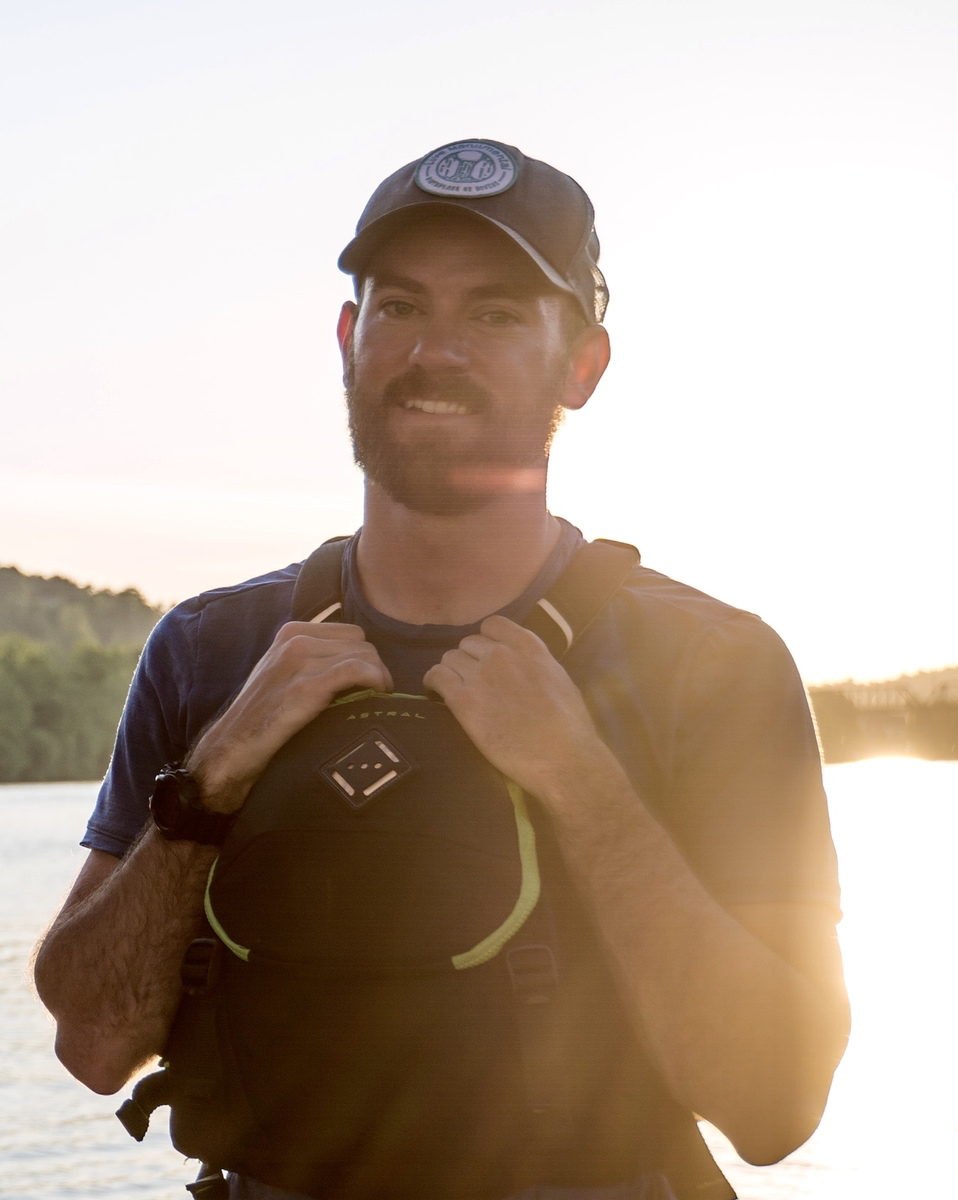 Matt Kearns
I'm from Charleston, West Virginia. I grew up doing a little bit of hunting and fishing but got away from it after I joined the Coast Guard. Stationed on the West Coast, I was fortunate to see a lot of our country through my service. I came home to use my GI Bill at WVU for a degree in Forest Resource Management. I've worked in conservation and hydrology.
I've been getting back into hunting and fishing and I enjoy the knowledge and connection that comes when engaging with the landscape on a deeper level. I like turkey and squirrel hunting the most. I missed the first shot I ever took at a deer this year. And usually lures lost is greater than caught fish. I believe that BHA is the organization that best represents my evolving ethic as a conservation-minded, public lands-loving Mountaineer.
share on
Get the latest news and stories, right to your inbox.
Search
Local Chapters