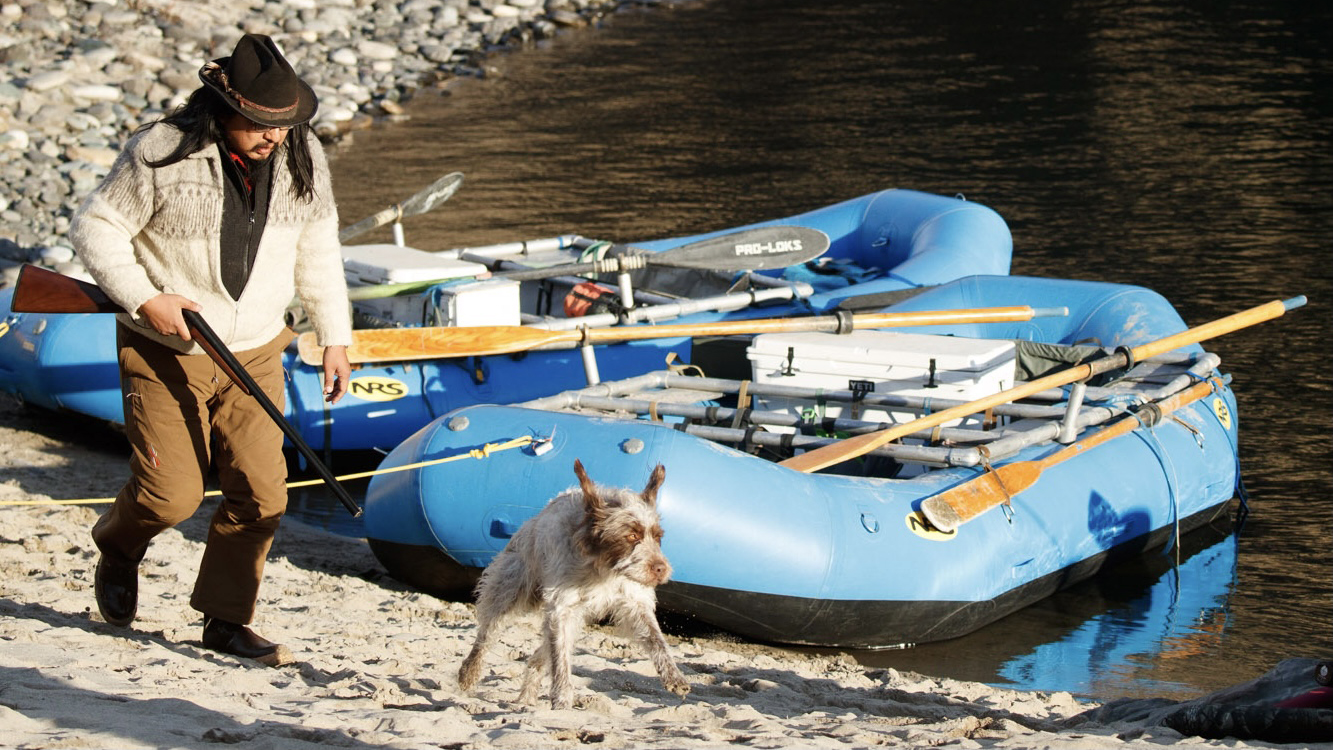 NRS is our kind of outdoor brand. 100 percent employee owned. Founded by a passionate waterman. Committed to quality outdoor gear and equipment. Devoted to fighting for wild places. We’re proud to welcome them as a corporate partner, and they’re excited to help us address public water access issues around the country. Together, we’re advocating for some of the Northwest’s most iconic rivers. Here, NRS Marketing Director Mark Deming shares his thoughts on the restoration of salmon and steelhead by removing four dams on the Lower Snake River, the longest tributary of the Columbia.

On a cold, drizzly January day, seven men load rafts on the shore of Idaho’s Salmon River. We haul heavy dry bags and boxes, assemble rowing frames, strap down gear, stow shotguns and rig spey rods. Most of us are desk jockeys escaping from work to swing flies for steelhead and chase chukar on the hillsides. But for two people on the trip—our guides, Tyler and Kyle of White Pine Outfitters—this is work. This river, with its fish, adjacent public lands and abundant wildlife, is their office and their livelihood. They work on this river and this river works for them. 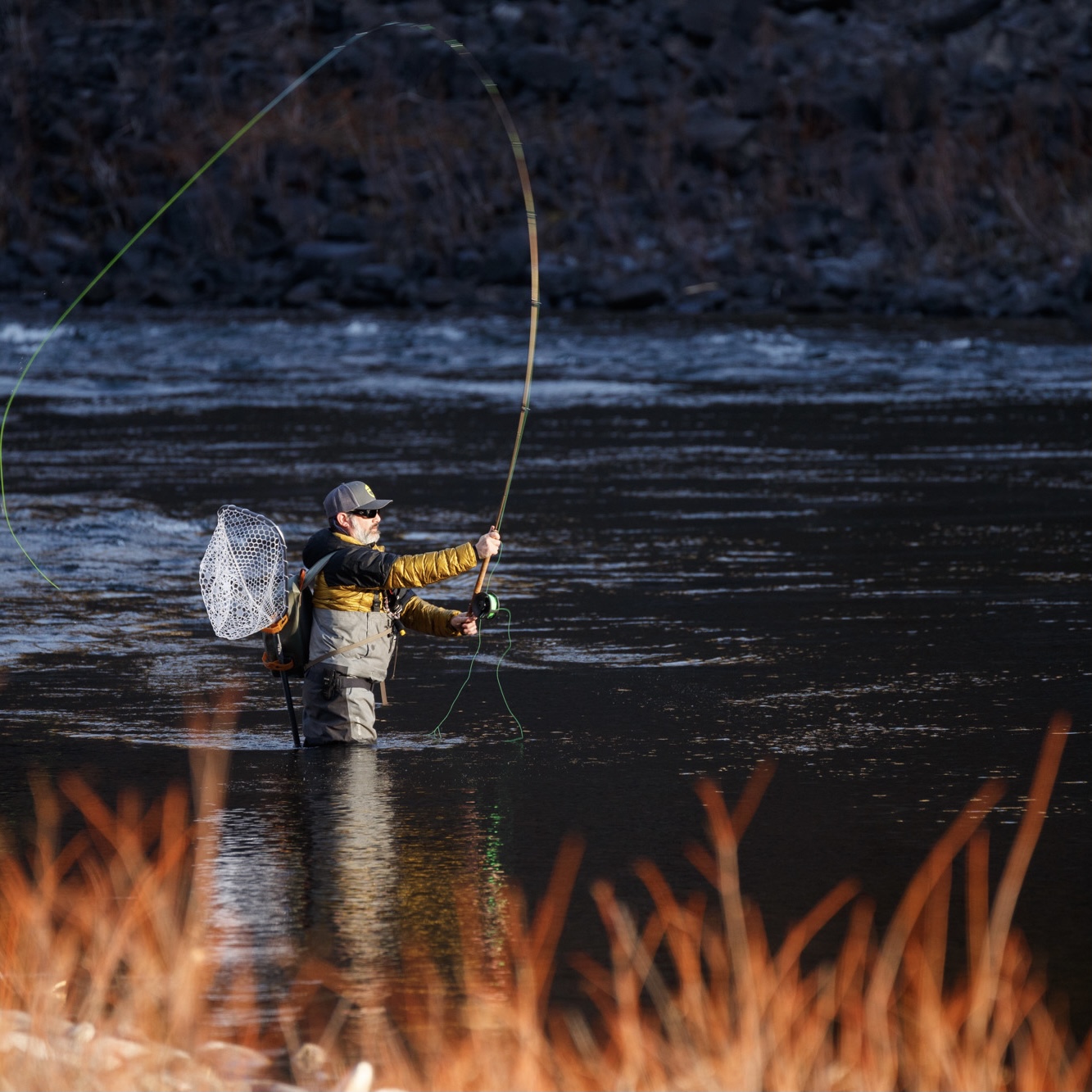 For as long as humans have inhabited the Pacific Northwest, the rivers of the Columbia and Snake river basins have worked hard for the region’s residents. Since time immemorial, they served as transportation and trade corridors for Indigenous peoples and delivered an essential food source and cultural touchstone: wild salmon. Today, a network of dams has turned the Snake and Columbia system into an inland shipping lane for the region’s crops and forest products. The dams also generate reliable electricity and irrigation for farmers. As a resident of the Inland Northwest, I’ve reaped the benefits of these dams, of these working rivers, for most of my life.

For decades we’ve been told that a "working river" provides transportation and energy, but what if that river is also the gateway to the biggest, best-protected habitat for salmon and steelhead in the Lower 48? What if opening it up gives us 14,000 renewed acres of habitat for upland game, elk and deer? What if that free-flowing river also makes good on promises we made to the original inhabitants of these lands, honoring treaty and tribal rights? And what if removing the four lower Snake River dams doesn’t kill jobs, but creates them?

As outlined in the Northwest in Transition framework released by U.S. Rep. Mike Simpson (R-ID), breaching the earthen portions of the four Lower Snake dams would be an economic boon. The plan would create well-paying infrastructure jobs, invest in community development, fuel the recreation economy, and give wild fish their last best chance of survival. And it would cut in half the number of dams and reservoirs that Snake River Basin fish have to navigate between their spawning grounds and the Pacific Ocean. It includes provisions to improve our energy system, replace transportation, enhance recreation, re-develop the waterfront in the Lewiston-Clarkston valley, and maintain irrigation. The benefits clearly outweigh the risks. With several native fish runs on the brink of permanent extinction, the greatest risk is inaction.

To me, being a sportsman means leaving things better than we found it. Today we are called to ensure that the next generation will be able to hunt and fish on the lands and rivers we call home. That guides and outfitters like Tyler and Kyle will be able to put their clients on fish and game. That towns like Riggins, Idaho, will have salmon and steelhead seasons to fill hotels and restaurants and keep its residents working over winter. That the region’s tribes can harvest fish to feed their bodies and traditions. 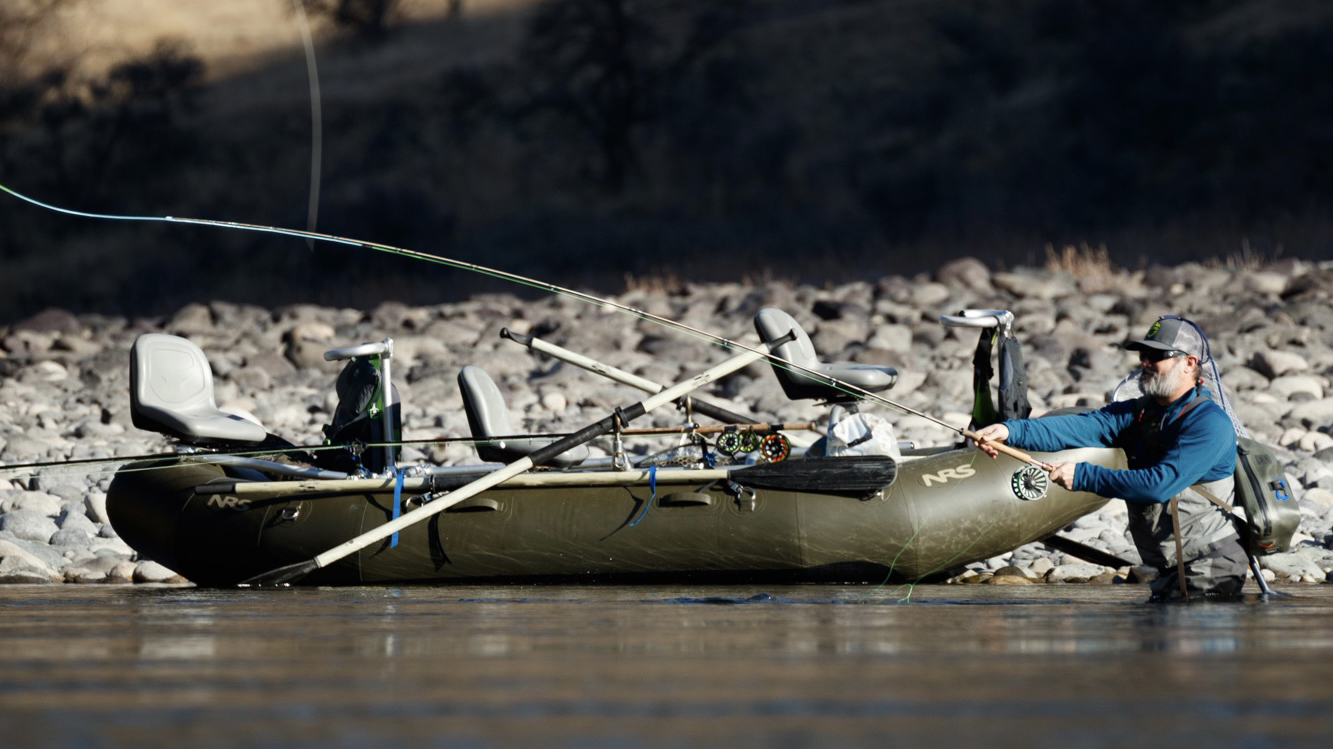 I think it’s time we redefine what a working river means because, in my experience, a free-flowing river works harder than a dammed one when you take all stakeholders into account.

At NRS, our employee-owned business depends on free-flowing rivers and the recreational opportunities they make possible. Just as salmon and steelhead are part of an ecological web that reaches far beyond the Lower Snake, NRS is part of an economic network that extends well past the walls of our headquarters in Moscow, Idaho. Our business, and our 125 employees and their households, would benefit directly from restoring the Lower Snake and recovering harvestable fish populations. But the positive recreation-economy impacts would also swim upstream and downstream to our retail and outfitter partners in the region, to their employees and their families, to the towns where they live, work and attract tourism dollars. In Idaho alone, the recreation economy generates $7.8 billion in consumer spending annually, results in 78,000 direct jobs, generates $2.3 billion in salaries and wages, and contributes $447 million in state and local income tax revenue.

In 1995, I wrote my high school senior thesis on the impact of dams on salmon. The science then, as now, was clear. At last, the conversation has begun to shift. This is our best, and perhaps final, chance to act. We need people from all sides of the issue working together to create a shared vision for the future. Let’s redefine what a working river means to us. Let’s have the courage to chart our own path and take care of each other along the way.

Let’s get to work.

Trout Unlimited Report: Why We Need A Free-Flowing Snake River

share on
See other posts related to the campfire